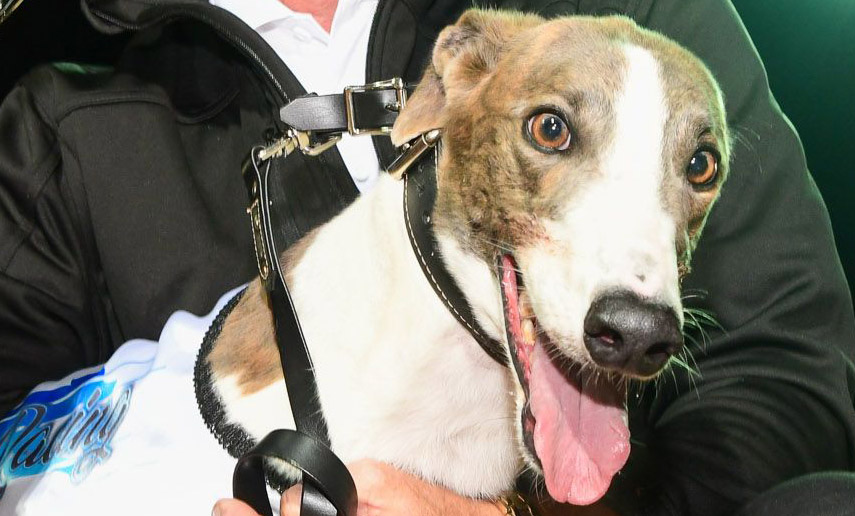 As the winner of the Group 2 Shepparton Cup in March and the Group 2 Ballarat Cup, a $50,000 winner’s cheque is the lure to the winner at Healesville, but a $50,000 bonus is up for grabs if he can win his third country cup this year.

The son of Fernando Bale and Nayla Swift is coming off a “lip” second to last year’s Healesville Cup winner Zambora Lou in last week’s rich The Arrow.

“I didn’t think there was a margin under a nose, but apparently there is,” said Ferdinand Boy’s trainer David Geall.

Geall and his owner, wife Rose, have purposely concentrated on getting Ferdinand Boy adapted to straight racing at Healesville with the Cup in mind.

“Some dogs can adapt with one trial, others need more time and more experience,” he said. “This bloke is one of those but after five runs now, he has adapted well.

“The five box is not great for him. I’d rather he was over near the fence, but he be hard to beat.”

Outstanding!! Ferdinand Boy takes out the Shepparton Cup Final in a track record time of 24.752 👏👏 pic.twitter.com/lgUKW4kzN6

Geall has three runners all with great chances in the Cup heats.

“Hill Top Jonah is nicely drawn, he likes the fence, has been reliable at the jump and is a very quick dog,” he said of the royally bred Fernando Bale-Up Hill Jill dog.

He is unbeaten in five starts at Healesville and has won there in 18.95. But, he comes up against straight track stars Utah Ghost and Zambora Lou in his heat.

“I would have liked him drawn five or out, but the best thing about him is he has a wonderful habit of making big race finals,” said Geall.

“He was a finalist in the Launching Pad and ran second in the Maturity. He will run a good race.”

Geall said he still has the upcoming Bendigo Cup with Ferdinand Boy in a bid for the $50,000 bonus if he is not successful at Healesville.

“But I expect him to race very well,” he said. “He went terrific in The Arrow last weekend.”