Another chapter in the rich history of the TAB Melbourne Cup was written on Friday night with Whiskey Riot claiming the world’s greatest greyhound race. 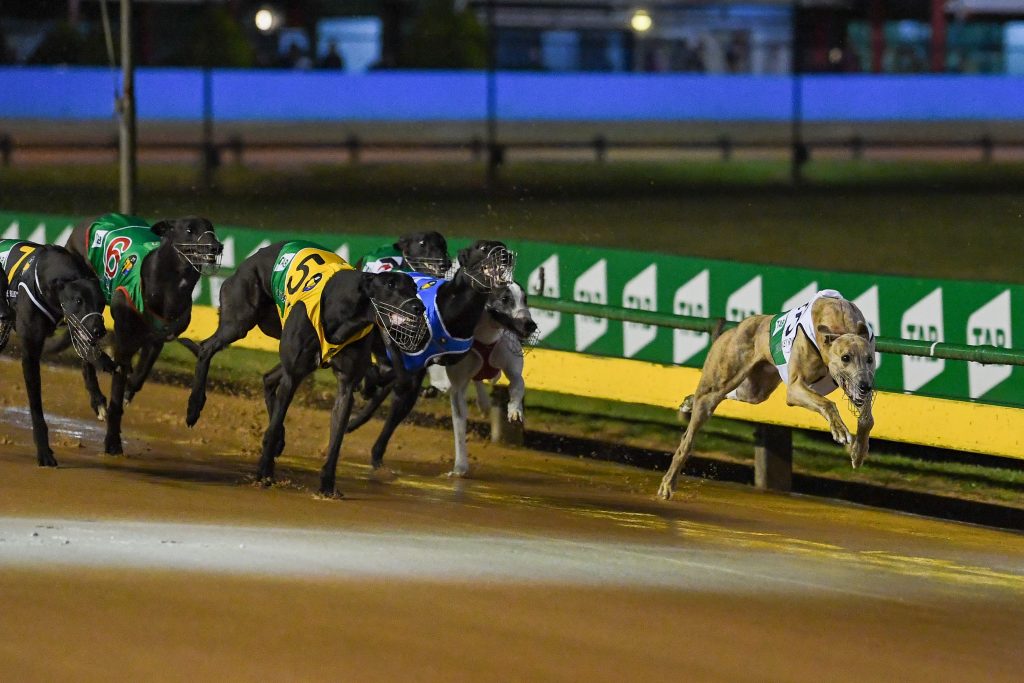 Another chapter in the rich history of the TAB Melbourne Cup was written on Friday night with Whiskey Riot claiming the world’s greatest greyhound race.

For trainer Anthony Azzopardi, it was a dream come true as he became the 54th trainer to win the Cup, while for Whiskey Riot, his winning margin of half a head was the slimmest margin ever recorded in a Cup as he became the first greyhound to win from box 3 since 1995.

Leading is important, but track position more so

By beginning well and sticking to the rail, Whiskey Riot forced Western Envoy to cover more ground. For every extra metre off the rail it runs, a greyhound must run approximately six meters further overall. At the end of the 515m trip, the difference between Cup glory and the runner up cheque was just centimetres.

So while Whiskey Riot became the ninth Cup winner in 10 years to have led through the first turn, the key to his success was forcing Western Envoy to run further.

While Whiskey Riot was first past the post in the world’s greatest greyhound race, he wasn’t the fastest greyhound in the final. Not even close.

According to data from the Stride Master tracking beacons fitted on each runner’s racing vest, he was just fourth fastest greyhound through first split travelling at 70kph, the fifth fastest through the second split at 70.8kph, and fourth fastest at the finish line at 62.9kph.

We knew Simon Told Helen was good, but…

.. he might be something special. Really special. His second split of 18.48 in the Cup Night Sprint was an amazing 0.30 seconds faster than Whiskey Riot’s mark in the Cup final, and just 0.12 seconds slower than the great Fernando Bale’s fastest second split of 18.36. Fernando Bale ran 4.93 to the first mark in that run, giving him a 13.43 middle section. Simon Told Helen clocked 5.08 in his gallop, giving him a 13.40 second section that could well be the fastest middle section ever run.

Never write off a champion

For the first time since March 2018 – a run of 40 starts – Tornado Tears didn’t start a race as favourite.

Affectionately known as ‘Batman’, Tornado Tears opened a $6.50 pop in the Bold Trease final (before receiving support late), a remarkable price for a greyhound that came into the final as four-time group 1 winner boasting 9 wins from 10 starts over 715m at Sandown Park (including two group 1).

After winning his first four group 1 finals, his Bold Trease victory broke a run of seven outs at the sport’s highest level by claiming the Bold Trease and the $105,000 winners cheque took him past Up Hill Jill and into seventh place in all time prize money ($884,120). It is the third highest figure for a stayer behind kennel mate and highest prize money earner Fanta Bale ($1,365,175) and dual Sandown Cup winner Sweet It Is ($962,145), and all but assured his place in the Hall Of Fame.

There was an enormous amount of interest in the first Cup Night Speed Star match race between Feral Franky and Sennachie. The two were incredibly evenly matched and both were clear favourites at various stages in betting. The one thing that separated the two was their early speed, which again highlighted how important that is in a match race. While greyhounds in match races enjoy a clear run, the dog at the front still wins around 80% of matches showing how difficult it is to run down a greyhound carving out fast times out in front.

The 13th race on Cup night saw the total prize money on the night increase to a total of $1,033,400. It was distributed among 25 different trainers.

Greyhounds aren’t the only breed that love to race!

A special 14th race was added to the TAB Melbourne Cup card with the first ever Whippet Exhibition Race. Richo led his rivals a merry dance in 10.85 for the 152m trip!

We thank the Whippet Racing Club of Victoria for being part of the night, check them out at www.wrcv.asn.au.