Burman Produces Best One Yet In Eric Thomson

THE much anticipated debut of Stanton Warrior was worth waiting for, the boom youngster running 29.85 at Albion Park on Wednesday. 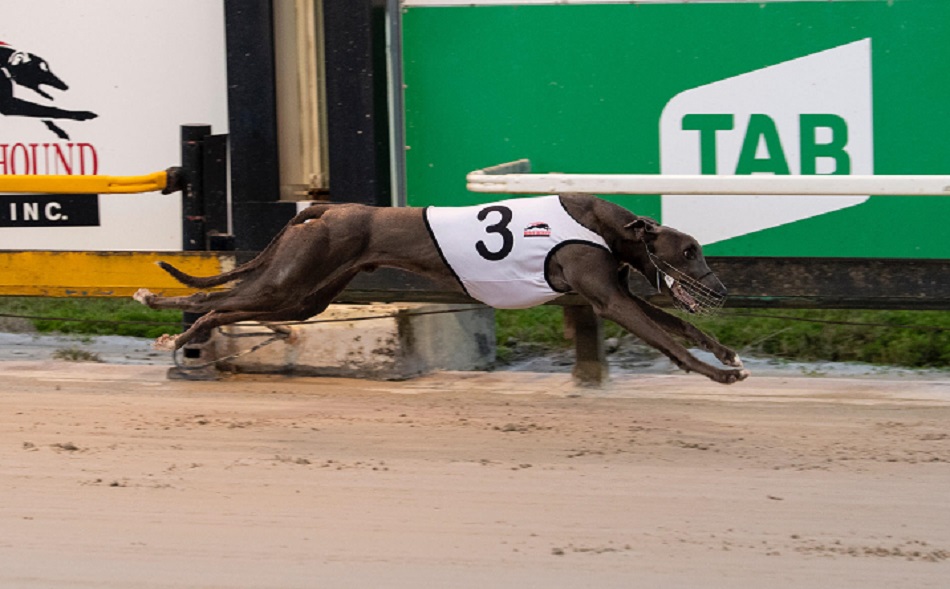 THE much anticipated debut of Stanton Warrior was worth waiting for with the boom youngster sweeping to a 29.85 victory in a heat of the Eric Thomson Memorial Maiden (520m) at Albion Park on Wednesday.

From the hugely exciting Out Of Range and Champagne Sally litter, Stanton Warrior won by an ever-increasing 11 and three quarter lengths as the $2.40 favourite for Mary and Ray Burman.

The next quickest heat winner was Hara’s Betty at 30.36.

Double Chip holds the Albion Park maiden class record at 29.77 set back in 2018.

“He and Out Of Champagne are the best of the litter,” Mary declared.

“We’ve held him back for this race, he’s been trialling sensational.”

The Burmans fully expected such an impressive debut.

The spectacular aspect of the win was the 19-month-old’s final section of 12.48.

“That’s where he picked up the one-tenth from his recent trials,” Mary said.

“His best final section before yesterday was 12.65.”

Racegoers saw the dog take a severe step right out of the boxes but he corrected himself quickly to share the lead at the first turn before putting on the power to race right away from his rivals.

“The box draw has not been done and let’s hope he doesn’t step right like that again in the final,” Mary added. “He’s in with a good chance in the final.”

Stanton Warrior was named by the Burman’s son Paul after a British DJ and production duo.

Out Of Champagne runs in a heat of the Young Guns at Ipswich on Saturday night where she ran 30.33 on debut in a maiden class record there.

“We are concerned about her around Albion Park because she had to jump a fallen dog at the first turn when she was having only her second race start,” Mary said.

“We don’t want her to have any apprehension going into that first turn.”

Showing enormous potential, the Out Of Range x Champagne Sally litter have raced on 26 occasions for nine wins at a strike-rate of over 30 per cent.

Understandably, the deeds of the litter has seen Out Or Range garner plenty of interest at stud in recent weeks, interest that’s expected to only increase as this litter continue their rise through the ranks.