GREYHOUND racing is crying out for its present-day superstar and Andy Lord believes She’s A Pearl can assume that mantle in the Golden Easter Egg. 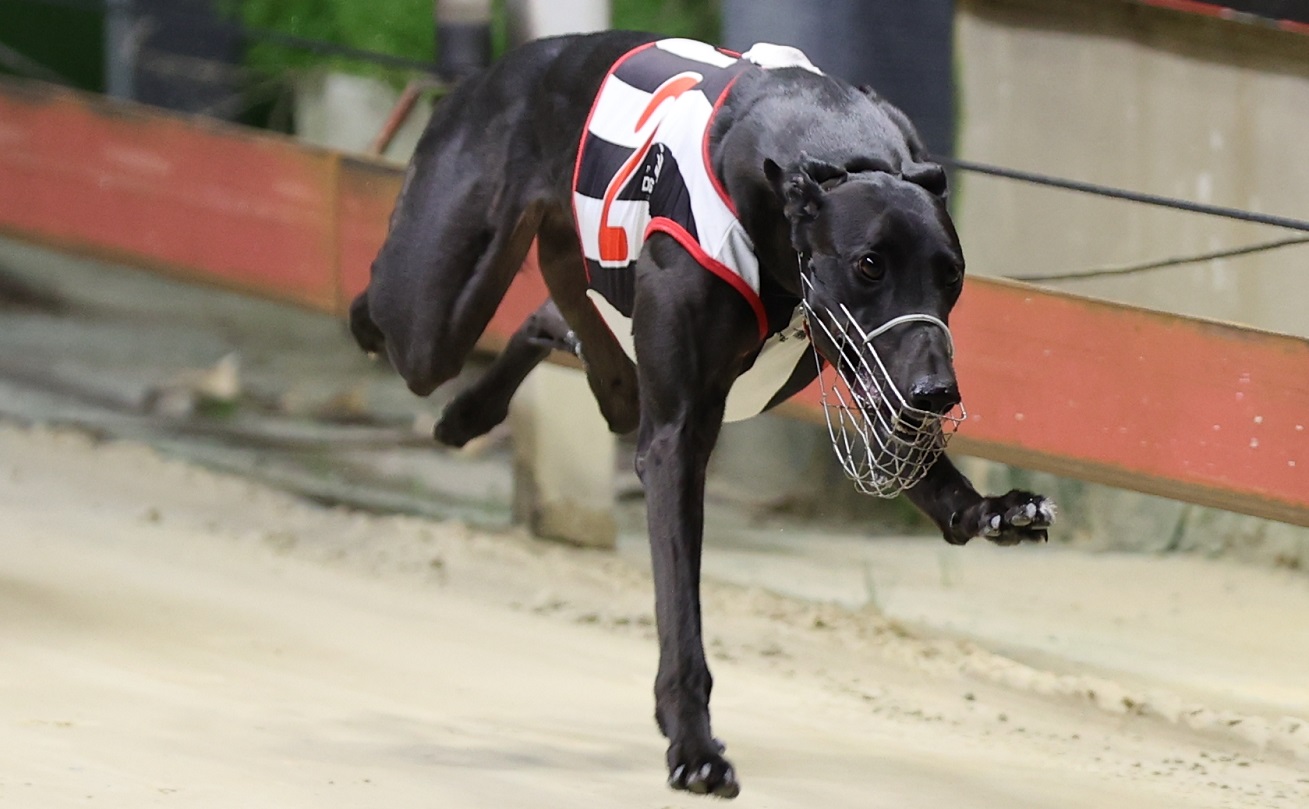 GREYHOUND racing is crying out for its present-day superstar and co-trainer Andy Lord believes She’s A Pearl can assume that mantle in Saturday’s Group 1 Golden Easter Egg Final (520m) at Wentworth Park.

STREAM: WATCH ALL THE ACTION LIVE FROM WENTWORTH PARK

The retirement of some of the sport’s biggest names in recent times including Aston Rupee, Koblenz, Tommy Shelby and Shima Shine has left a giant void atop of the group race sprinting ranks.

And while Saturday’s Golden Easter Egg decider will be She’s A Pearl’s first foray at group 1 level, Lord is supremely confident his bold front running sprinter can maintain her winning sequence in the $350,000 showpiece.

“I’ve never had a dog going better into a big race final – her biggest attribute is her will to win, she just refuses to take a backward step,” Lord, a four-time metropolitan trainers’ premiership winner, said.

The Ladbrokes Golden Easter Egg headlines a huge night of racing at Wentworth Park on Saturday!

We spoke to all the key connections after the Semi Finals and Box Draw and there was a consensus – She’s A Pearl will be very tough to beat! pic.twitter.com/5D6pUrIeJZ

“The week has been perfect. Nothing phases her and she almost trains herself. The good ones are like that, just all business. They’re hard to find so when you get one like her you just enjoy the ride.”

It was back in January that the Greyhounds HQ syndicate purchased She’s A Pearl for a tidy five-figure sum with an eye towards an autumn assault on the Golden Easter Egg and fast approaching Million Dollar Chase.

And after a first-up shock defeat for her new kennel, the daughter of Aston Dee Bee hasn’t looked back, going on an eight race winning streak, including mesmerising 29.47 and 29.46 victories in the opening two rounds of the Golden Easter Egg.

“I’ve had a good look at the replays and the four (Idolize) is the one to beat,” Lord said.

“Obviously I’m hoping we can lead but even if she’s just off them her second split is Fernando Bale like. If she gets an even crack at the race I’m confident she can win as she’s as strong at the finish as she’s as brilliant at the start.

TAB Fixed Odds have She’s A Pearl (box five) a rock solid $2 favourite ahead of Victorian starlet Idolize (box four) at $4 while NSW sensation Good Odds Cash is at $6 from her box seven draw.

The enormity of occasion isn’t lost on Lord, with the prospect of She’s A Pearl joining an honour roll which boasts greyhounds the ilk of Brett Lee, Paua To Burn, Rapid Journey and Fernando Bale firmly in front of mind.

She's A Pearl annihilates them at Wentworth Park Greyhounds in 29.47 – and it would seem the Ladbrokes #GoldenEasterEgg is at her mercy!

Good Odds Cash and Our Mechanic will join her next week in the Semis.

“Of all the races on the calendar it’s the one I’ve wanted the most and I’m confident I’ve got the dog to do it in She’s A Pearl.

“I’ve had some great dogs over the years but I can say she’s the best race bitch I’ve had. I’ve maybe had faster but nothing that wants it as much as this girl. Hopefully we see that Saturday night.”