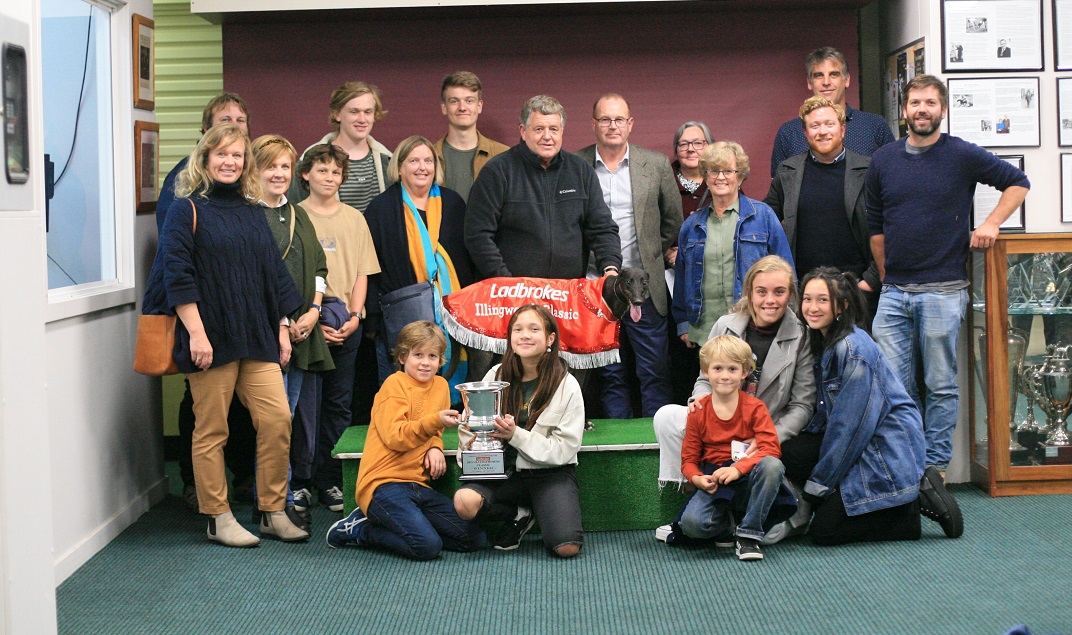 Fairly away from box one, the Ted Medhurst-trained chaser gained a charmed run in transit early before working up to third spot down the back straight behind Buckle Up Havana.

In the run to the finish, Always Baroque shifted to the outside, running home strongly to reel in Buckle Up Havana in the last few bounds to score a nail-biting win, while Quick Joey Small flashed home to grab third.

The daughter of Fernando Bale and Stayers Inn made it seven wins from 23 starts with the performance, now boasting $38,125 in prizemoney.

Making it her second win over the 515-metre trip, Always Baroque clocked 29.81 for the feature Tasbred final.

“Luck played a big part, but I couldn’t be happier with Always Baroque and her efforts,” trainer Ted Medhurst said.

“I’m certain that she will progress into a strong middle-distance dog and the sectionals with her mid-race speed have proven that this particular bloodline gradually improves with age so that will be something to look ahead too later on.”

Victory in the Illingworth Classic Final brought up a fourth win in the event for Mangalore trainer Ted Medhurst.

Medhurst praised his great association with Sydney-based owner John Tindall and his ongoing support of the kennel.

“I’m glad for John (Tindall) and his family to land a big win especially in a race like this, we’ve made plenty of races over the years and haven’t had much luck, so it was great to finally get one on the board for them,” Medhurst added.

“John is a pleasure to deal with … all that matters to him is that the dogs run up to their best.”

Winning the Illingworth Classic is a humble honour for Ted as Des Illingworth, whom the series is named after, got him started in racing.

“Des arranged for me to get my trainer’s licence when I was a teenager; it has been an absolute pleasure to be associated with such a true gentleman of our industry.”