IF there is a chink in the armor of hugely exciting unbeaten youngster Amron Boy, group 1 winning trainer Jamie Ennis is yet to find what it is. 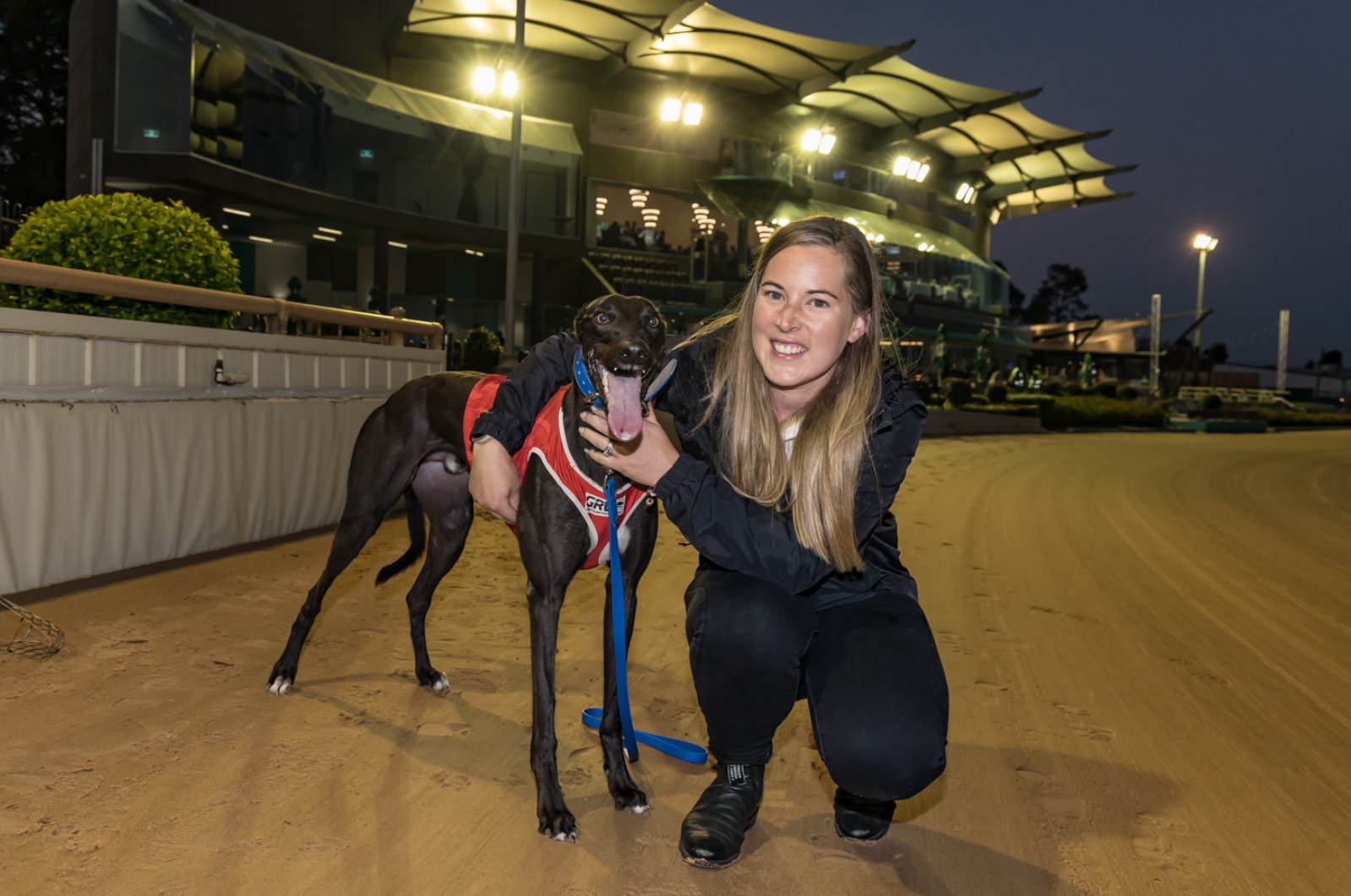 IF there is a chink in the armor of unbeaten youngster Amron Boy, co-trainer Jamie Ennis is yet to find it.

And he’s been searching.

On Saturday night the hugely exciting son of Zambora Brockie made his debut at The Meadows with a crushing 29.59 victory following four straight wins at Sandown Park which included a dazzling 29.07 display.

The powerhouse performance on the weekend has rounded out the 20 month old’s preparations perfectly for the opening round of the lucrative Launching Pad series at Sandown Park this Thursday night.

“I was actually saying to his owner Brett Nye just yesterday that each win means he’s closer to a loss but there’s not much you can do about it,” Ennis said.

Amron Boy is a genuine rocket 🚀

29.599 at just his fifth start! What a Meadows debut! pic.twitter.com/w6hOgCeRcL

“Everyone wants to win each time you go to the races so going into the heats unbeaten is what it is. It’s not something you can worry about – at some stage he is going to be beaten.”

And while not prepared to label Amron Boy in that company yet, Ennis says that everything he’s seen so far leads him to believe the unbeaten youngster has a flourishing career ahead.

“I haven’t been able to find a fault in him,” Ennis added.

“At home he’s a pleasure and coming home from The Meadows on Saturday night Brooke said he’s getting keener in the stir-up. He wants to be at the races.

“When you box him he gets his head right down on the grill as well. I think in the next few months we’ll see his first section improve with more racing.

“But everything he’s doing at the moment is showing me all the right signs. But there’s a long way to go.”

With a number of top flight established group 1 stars retiring in recent months, the door has been left ajar for the next wave of the sport’s stars to be ushered in.

And a few of those will be on show in Thursday night’s first round of the three-week Launching Pad series at Sandown Park including The Phoenix winner Wow She’s Fast and prodigious talent Big Opal Rocks.

And while Ennis will be represented by Amron Boy, kennelmate Wrote The Script will also tackle the blockbuster series following three brilliant wins to launch his career.

WROTE THE SCRIPT (7) won his third race from three starts in 22.11 seconds at Geelong for trainer Brooke Ennis.

“Thursday night will be his first 500 so it will be interesting to see how he goes,” Ennis said.

“Even though he won his first two starts I was slightly disappointed in the performances but his last start 22.11 Geelong win was exceptional.

“Before they started racing I’d trial Amron Boy and Wrote The Script together.

“One day when the track was slow at Geelong, Wrote The Script led Amron Boy in 8.16 before Amron Boy beat him three lengths in 22.18 the 400m.

“They’re both very good young dogs but we are stepping up a grade again on Thursday night.”