PETER Spiteri’s decision to have one last go with Amy Laura could return a tidy payday when she takes her place at Ladbrokes Gardens on Friday. 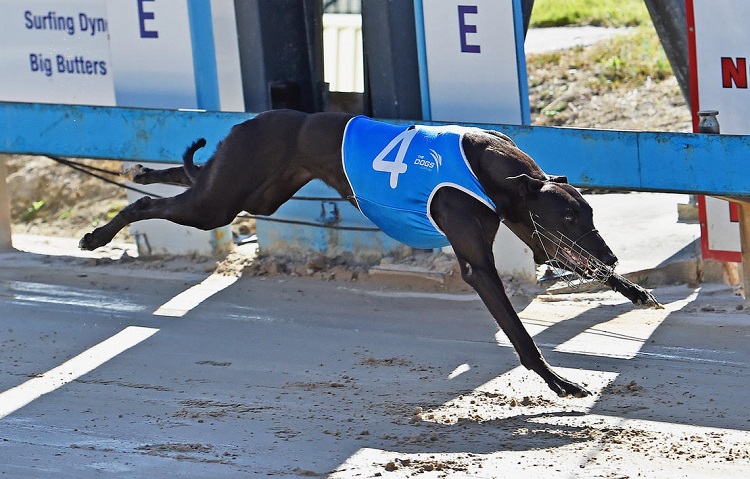 OWNER Peter Spiteri’s decision to have one final throw at the stumps with Amy Laura could return a tidy payday when she takes her place in Friday afternoon’s Red Dog Final (600m) at Ladbrokes Gardens.

Last Friday, the injury plagued daughter of My Bro Fabio and Amyjo landed her first victory in over a year, taking out her heat of the Red Dog series in a best of meeting 34.47 for trainer Jason Magri.

“Jason’s done a great job with her – I was very happy to see her back winning on Friday,” Spiteri beamed.

Up until now, Amy Laura’s racing career has very much been a case of what might have been.

In June last year, the fashionably bred chaser began her career in thunderous fashion for then trainer Peter Lagogiane, taking out a Richmond 400 metre maiden in a slick 22.65 before going on to win three of her next five starts in stylish fashion.

Following her initial stint with Lagogiane, Amy Laura spent time in Victoria with Anthony Azzopardi where an achilles injury looked to have in all likelihood cruelled her future racing prospects.

“Anthony knew I wanted to breed with her so when she hurt the achilles he sent her home … it didn’t look like she’d race again,” Spiteri explained.

“I took her to Gary Barnsley to have a look at and he did plenty of work with her over the next few months … it healed well but it was always a day to day proposition.”

After a couple of short-course runs for Spiteri in June, following a fast 16.14 trial over the 280m at Wentworth Park, it was a chance passing by in early July that saw Amy Laura find her way to Magri’s kennels.

“I was leaving Richmond after the race meeting that Let It Happen got suspended from racing for 12 months,” reflected Spiteri.

“I was pretty dejected and Jason came over to me to see how I was … we got to talking and he ended up taking Amy Laura home with him that night.

“I can’t thank Jason enough for what he’s done with her. She had to have a toe operation and instead of sending her home he kept her and did all the work to get her back where she is now.”

“I’m pretty sure one of her Richmond wins with Peter was a Red Dog Final so two would be nice,” Spiteri said.

“I think from the 600 metre start the wide draw suits but it’s in the lap of the gods really; I’ll be happy with whatever she does.

“If Sam’s dog (Drip Dry) leads I think it will be hardest to beat.”

Amy Laura’s dam Amyjo – a litter sister to Spiteri’s Group 1 winner Let It Develop – has a litter of nine pups to Oaks Road that are 13 months old.

“I’m taking them for their first run behind the drag at Appin tomorrow,” Spiteri said.

“I’m excited about them that’s for sure. They look magnificent.”