THE past two Maitland Cup winners have drawn the wings for Friday's Black Top Final with early betting suggesting the two are set to slug it out in the feature. 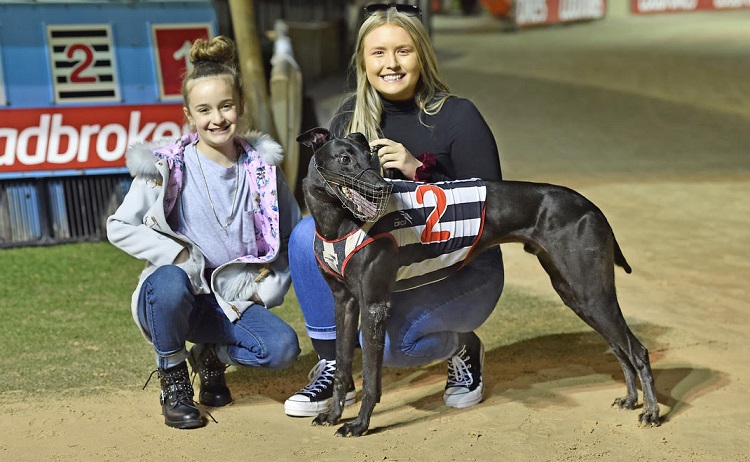 THE past two Maitland Cup winners have drawn the wings for Friday night’s Group 2 Sires On Ice Black Top Final (515m) with early betting suggesting the two are set to slug it out in the $40,000 to-the-winner feature.

Aston Duke, winner of the Maitland Cup in 2018, and Black Forge, successful in this year’s cup back in March, were spectacular heat winners of the Black Top at Ladbrokes Gardens on Friday night, running 29.37 and 29.61 respectively.

Fastest qualifier Aston Duke will suit up from the red next Friday night for trainer Jason Mackay, while ironically, Black Forge will exit box eight, the same draw he was assigned in last year’s Black Top Final before his trainer Darren Sultana had to withdraw the son of Fabregas from the event with injury.

Friday night’s four Black Top heats provided some outstanding racing, with three of the four qualifiers decided by less than a length.

The opening heat went the way of Good Odds Buddy for trainer Frank Hurst, running down tearaway leader Double Back in the concluding stages to score by half-a-length in 29.50.

Good Odds Buddy, a litter-brother to NSW National Sprint hopeful Good Odds Harada, appeared a forlorn chance heading down the back straight, before getting going late to justify his favoritism for the event.

The second qualifier was annexed by the Michelle Shambler-trained Sheba’s Dream in 29.64, getting the better of Eye Rock late for veteran trainer Warren Slade to record a half-length win.

But it was the last of the four heats that set the time-standard for next Friday’s final with Aston Duke returning from nine weeks on the sidelines with a broken tail to claim a gritty half-length win in 29.37.

Defeating a gallant Bit Flash for Mick Clayton, the exciting youngster running out of his skin, Aston Duke will head into the final as the one to beat after drawing the coveted rails alley.

Aston Duke’s trainer Jason Mackay is no stranger to success in the Black Top, landing the race back in 2010 with his hugely talented galloper Snozz.

The TAB have installed Aston Duke a $2.50 favourite for the final, ahead of Black Forge at $3.50.

Good Odds Buddy is quoted at $6.00 from box two, while Peter Lagogiane’s pair Mystic Riot and Double Back are $7.00 and $8.00 respectively.

Meanwhile, the final event at Ladbrokes Gardens on Friday saw a new track record established over the 272 metres, with the Carole Eaton-trained Whatta Lurker scorching over the trip in 15.50.

The son of Kiowa Producer and Flash Focus has now won 12 of his 27 starts. 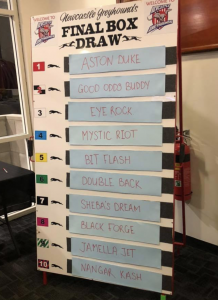