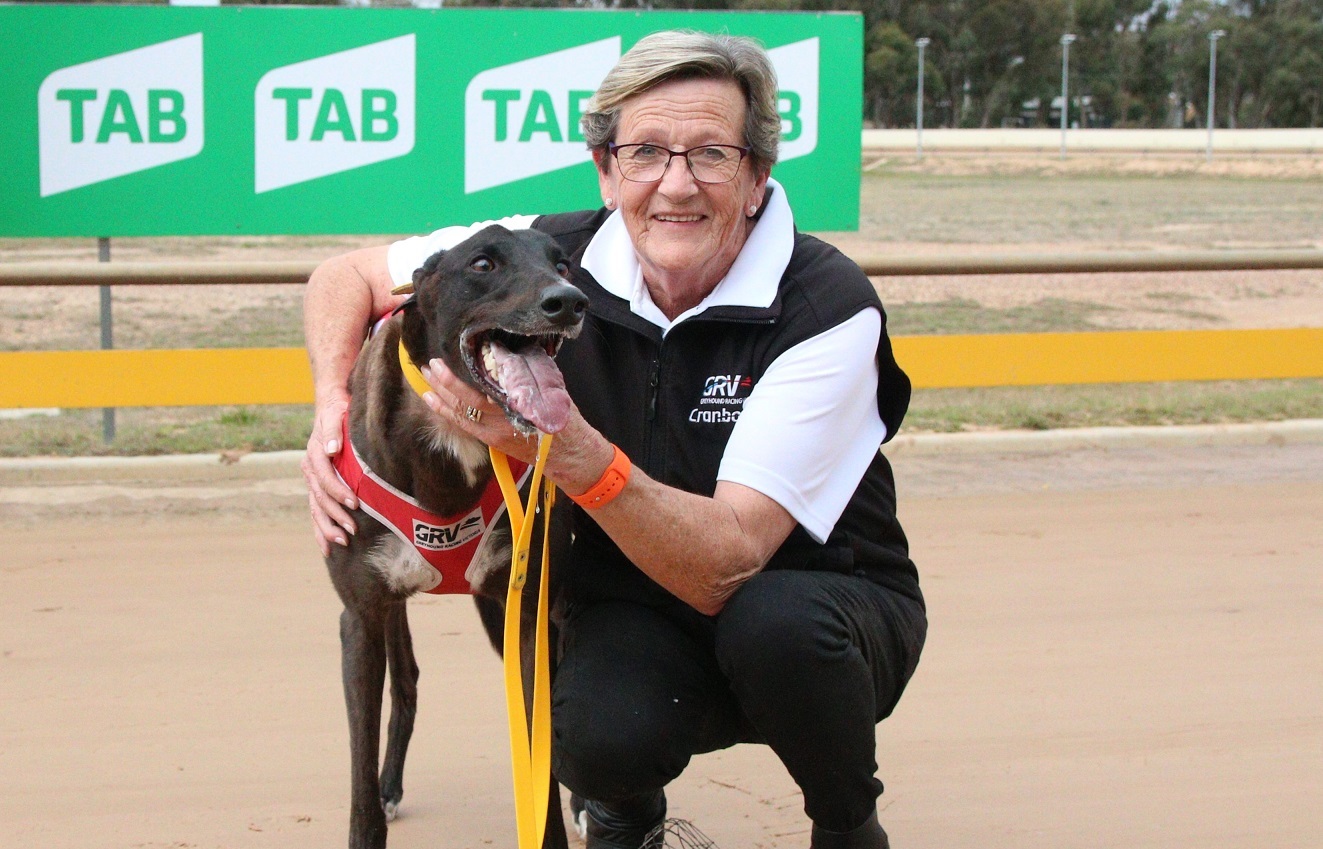 Amid reports Aston Exceed had broken in faster than his recently retired superstar half-brother Aston Rupee, the superbly bred son of Fernando Bale and Aston Miley had incredibly been backed to win the Melbourne Cup prior to being seen in action for the first time.

Seven heats of the Gold Rush series were held late last week – four on Thursday and three on Friday – with Aston Exceed, trained by Kel Greenough, the cynosure of all eyes in the final qualifier.

Aston Exceed started $1.10 favourite from Box 1, and the blueblood quickly opened up a huge lead before scoring by 3.21L in a fast 23.61sec.

However, Greenough said he didn’t meet the lofty expectations.

“I was a bit disappointed in him to be honest,” Greenough said candidly.

“He did trial a bit quicker, but he’d run his race before he got to the boxes, because he just pulled so hard, and he ran out of steam half-way down the straight.

“But it was a good experience for him, so hopefully he’ll go better in the semi-finals on Wednesday.

“He did break in quicker than Aston Rupee, but the difference is that Aston Exceed is by Fernando Bale, so you would expect a Fernando Bale to show more speed than a KC And All (sire of Aston Rupee) and that the KC And All will be stronger.

“He does have good early speed and he showed that.

“He has the right habits and right traits and he’s a fair dinkum sort of dog. We’re hoping he can develop into a country cups dog but there’s obviously a long way to go.

“Ray Borda (owner/breeder) told me that someone had backed him to win the Melbourne Cup before he’d started in a race. I don’t punt, so it wasn’t me!”

Aston Exceed provided Greenough with the second leg of a heat double, but was shaded for time honours by Aston Kennett, a son of dual country cups winner Aston Kimetto and Aston Tara, which won his heat in 23.60sec.

Greenough’s ‘Aston’ duo will return to the spotlight in Wednesday afternoon’s semi-finals.

Greenough, who’s taking aim at back-to-back Gold Rush victories, after winning the event in 2021 with She’s Got Wheels, while he was also successful with Mint Power in 2010, rates Aston Exceed as his clear number one seed.

“He’s my pick for sure,” said Greenough.

“We need him to strengthen up and not stress too much beforehand.

“He’s drawn the red box, which makes a big difference, while Aston Kennett has Box 6, so he’s got to get across.”

Three semi-finals will be held on Wednesday, with the $10,000 to-the-winner final to be run on Sunday.