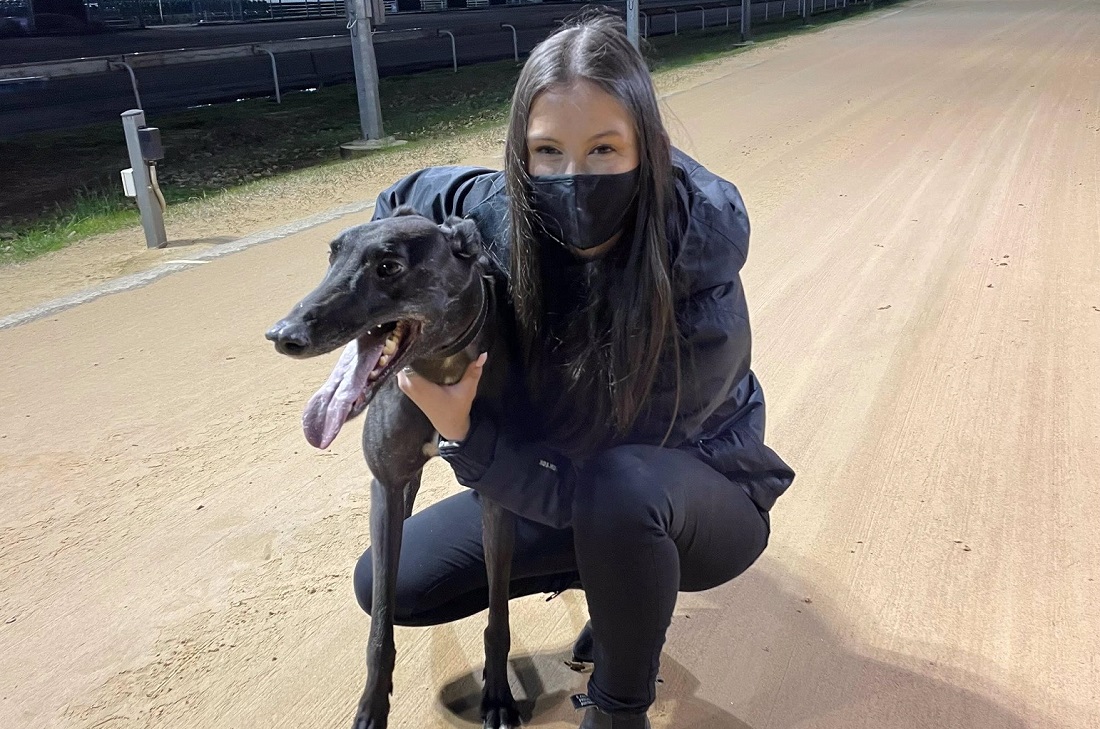 The come from behind victory in many ways mirrored the heroics of their former star galloper Aston Kimetto which annexed the Group 3 feature in spectacular style back in 2018.

Much like Aston Kimetto, which sadly passed away earlier this year, Aston Fastnet stormed home from a seemingly hopeless position in running to claim the $25,000 first prize.

The 25.67 winning time was well off the low-flying 25.39 he posted when landing his heat in blistering fashion last Friday but given the obstacles he had to overcome in transit the effort was full of merit.

Now a winner at 11 of his 23 appearances, Aston Fastnet – a son of Kc And All and Aston Miley – is one of the most exciting young sprinters in training.

The bluebood boasts winning performances at Sandown Park in 29.11 and Albion Park in 29.62 not to mention a 29.69 romp at Cranbourne.

But remarkably he isn’t considered the most talented in his family, playing second fiddle to his boom brother Aston Rupee during his blossoming career to date.

Saturday night’s barnstorming St. Leger success goes a long way to evening that sentiment however with the recent Maturity Classic finalist taking his form to a whole new level in recent weeks.

It’s hard to imagine Aston Fastnet being soundly beaten from box one as a piping hot favourite in a Warragul maiden late last year.

But he was – the defeat at the hands of the immensely talented Silver Lake which is currently sidelined with injury.

Since Fanta Bale claimed the Warragul St. Leger in 2016 the revamped race has taken on a whole new meaning being contested by some of the sport’s brightest stars.

And Saturday night was no different with an all-star cast of sprinters facing off.

Finishing second two lengths away from the winner was the David Geall-trained Koblenz while Shima Classic claimed third another three-quarters away.

Two-time Group 1 winner Qwara Bale was the unlucky runner of the race.

Just failing to cross and lead, the recent Group 1 Maturity winner endured a tough run in transit before fading late and finishing out of the placings.

Meanwhile, the second feature event of the night, the Simon Benson Memorial, went the way of Ultimate Avenger for trainer Joe Borg.

The son of Aston Dee Bee carved out 25.63 to down race favourite Fernando Mick by three-quarters-of-a-length.