ASTON Rupee has maintained his group race rampage with a mesmerising victory in the Group 3 Shootout (515m) at Sandown Park on Thursday night. 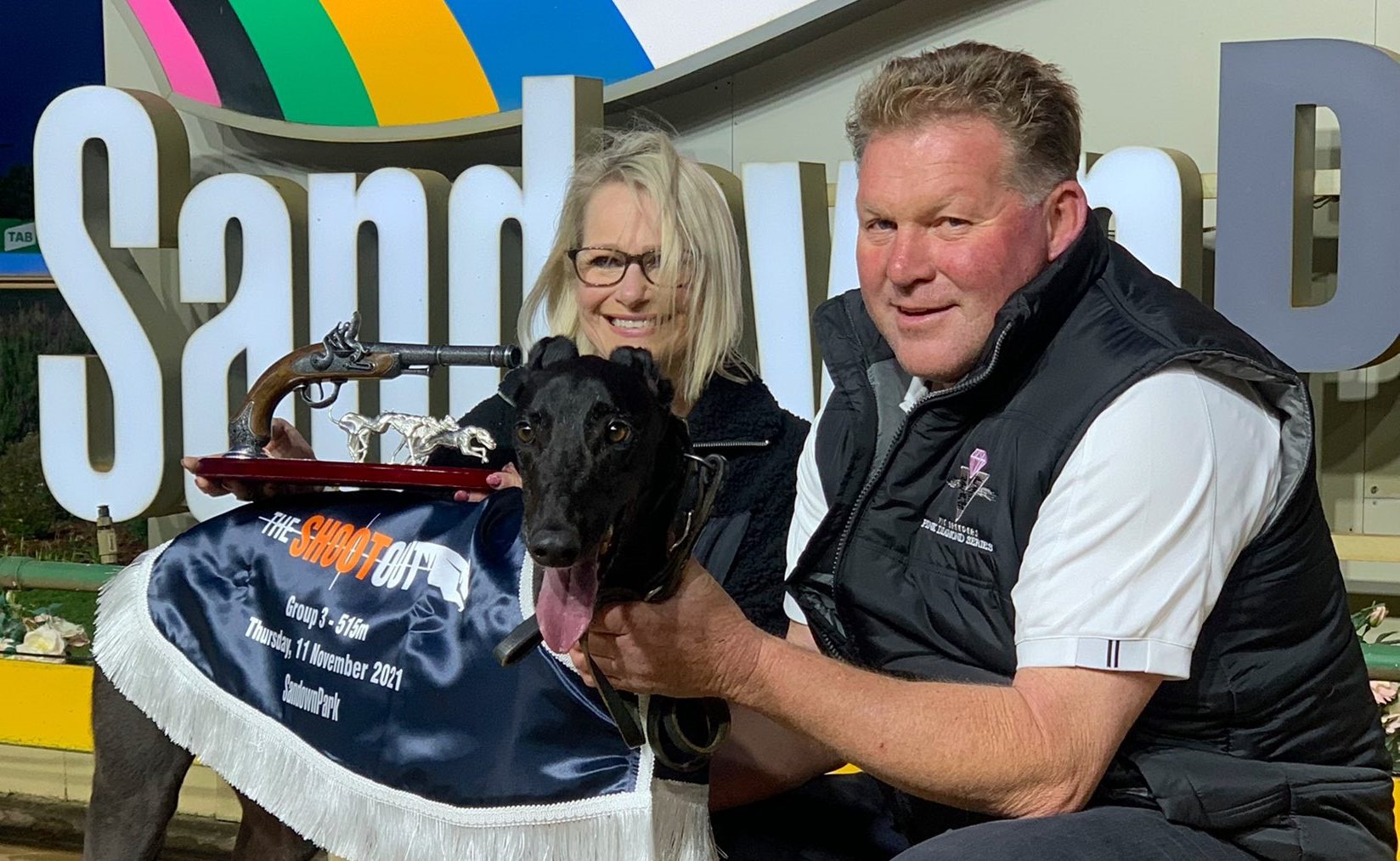 First a Topgun, now a Shootout.

Star sprinter Aston Rupee has maintained his group race rampage with a mesmerising victory in the Group 3 Shootout (515m) at Sandown Park on Thursday night.

Just five days on from his maiden Group 1 triumph in the TAB Topgun, Aston Rupee (Kc And All x Aston Miley) rounded out his Melbourne Cup preparations with a dazzling 29.10 victory in the $25,000 winner-take-all event.

While on face value the 29.10 winning time is a way off his 28.79 track record, the performance was unquestionably one of his best yet, with significant work to the track during the week resulting in a racing surface on the slower side.

The sizzling victory sees Australia’s premier sprinter go into next Friday night’s heats of the Group 1 Melbourne Cup (515m) at the absolute top of his game for trainer Glenn Rounds and owner Ray Borda.

Aston Rupee’s resume continues to grow! The champ takes out this year’s Shootout in a flying 29.10 🔥🔥🔥

Fastest dog on the planet. pic.twitter.com/BUkz2qJwsI

And in his current form few could argue with the cramped price, the lucrative series appearing his to lose.

Finishing second in the Shootout was last year’s winner Tiggerlong Tonk which was again gallant in defeat after finishing runner-up in the Topgun just five days earlier.

McCooly’s Lad (third) and Lakeview Walter (fourth) were well beaten in the Shootout but are more than capable of making their presence felt in next week’s Melbourne Cup heats with favourable box draws.