IS Aston Rupee the fastest greyhound in the world - the answer is yes after his remarkable 28.79 track record run at Sandown Park on Thursday. 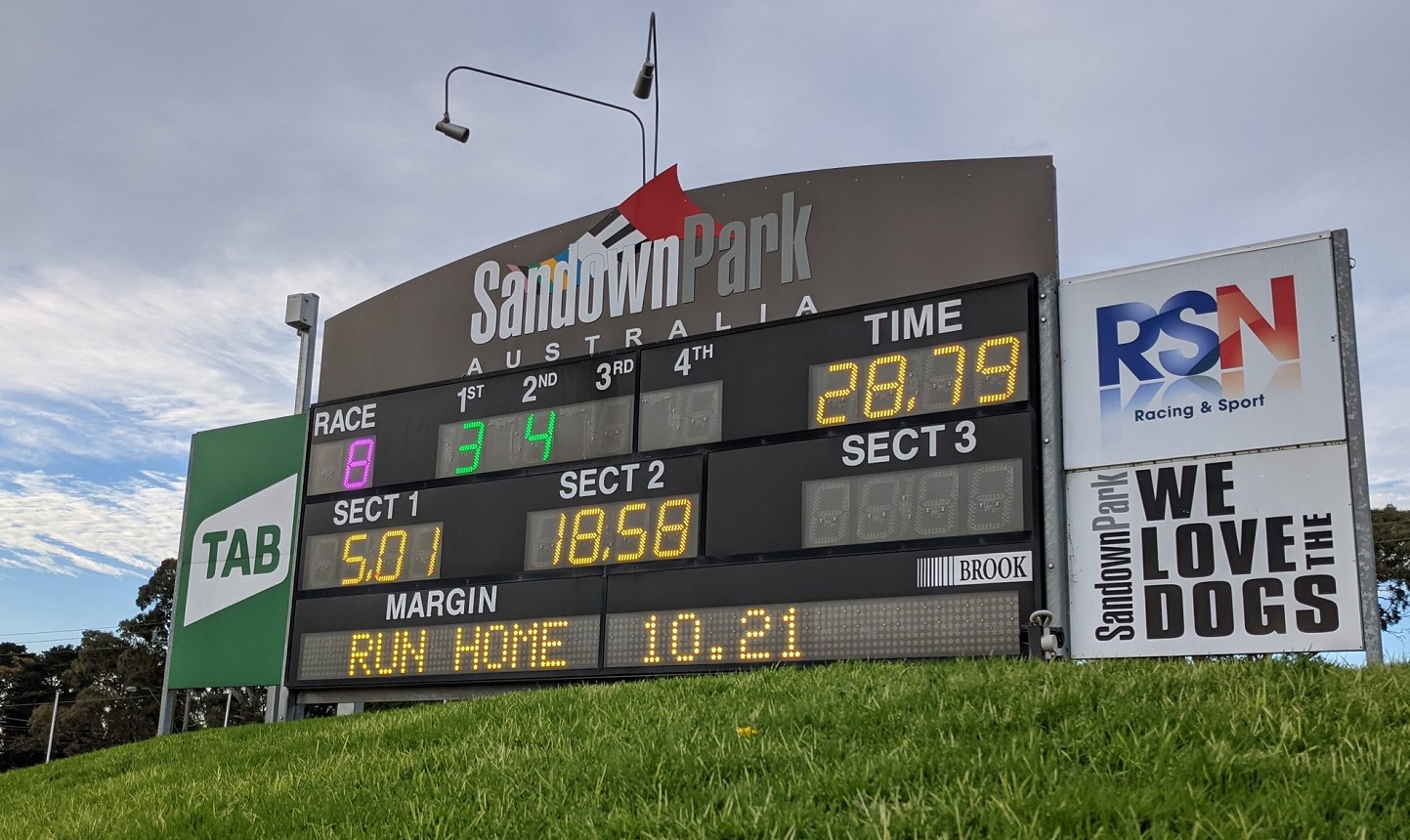 IS Aston Rupee the fastest greyhound in the world?

That’s the question being asked after the Ray Borda-bred and owned and Glenn Rounds-trained superstar smashed the Sandown track record running 28.79 on Thursday.

The son of KC And All and Aston Miley downed Group 1 Silver Chief winner Lakeview Walter by five and-a-half lengths with Xavien Bale in third another length and a quarter away.

Borda was beside himself with the performance.

“Glenn’s partner Vicky rang me straight after the race,” Borda said. “I think Glenn was still on oxygen.”

Borda said it was one of, if not the greatest thrill, in the many years he has been part of greyhound racing.

“I’ve won Melbourne Cups, Adelaide Cups, you name it, but this is something else,” he said.

“And all credit to Glenn who does a immaculate job with this dog. In fact, if you see the dog’s coat, you cannot believe what a gleam Glenn has put on him. It is amazing.”

Borda and Rounds are now in a quandary about immediate plans for Aston Rupee.

“We’d like to take him to Adelaide for the Match Race series which has direct entry into the Adelaide Cup final,” Borda added. “But, we have to find out just what we can do regarding getting him to Adelaide.

“There is no way Glenn is going to let him out of his sight.”

Borda has paid the $75,000 entry fee for a slot in the upcoming The Phoenix.

Successful slot holders will be announced on Sunday.

“I believe I’m the only individual entry into The Phoenix, all the rest are companies,” he said. “If I’m successful in obtaining a slot, who do you think will be my representative?”

Aston Rupee took the track record off Melbourne Cup winner Hard Style Rico which was dominant when winning the Cup in a record time of 28.91 last year.

That matters little to Borda who was in awe of his track record breaking dog.

Is Aston Rupee the fastest greyhound in the world? He has just proved he is.