ZIPPING Rambo is an absolute beast, Five Star is a stayer with huge upside and Aston Rupee will be a Group 1 winner before too long. 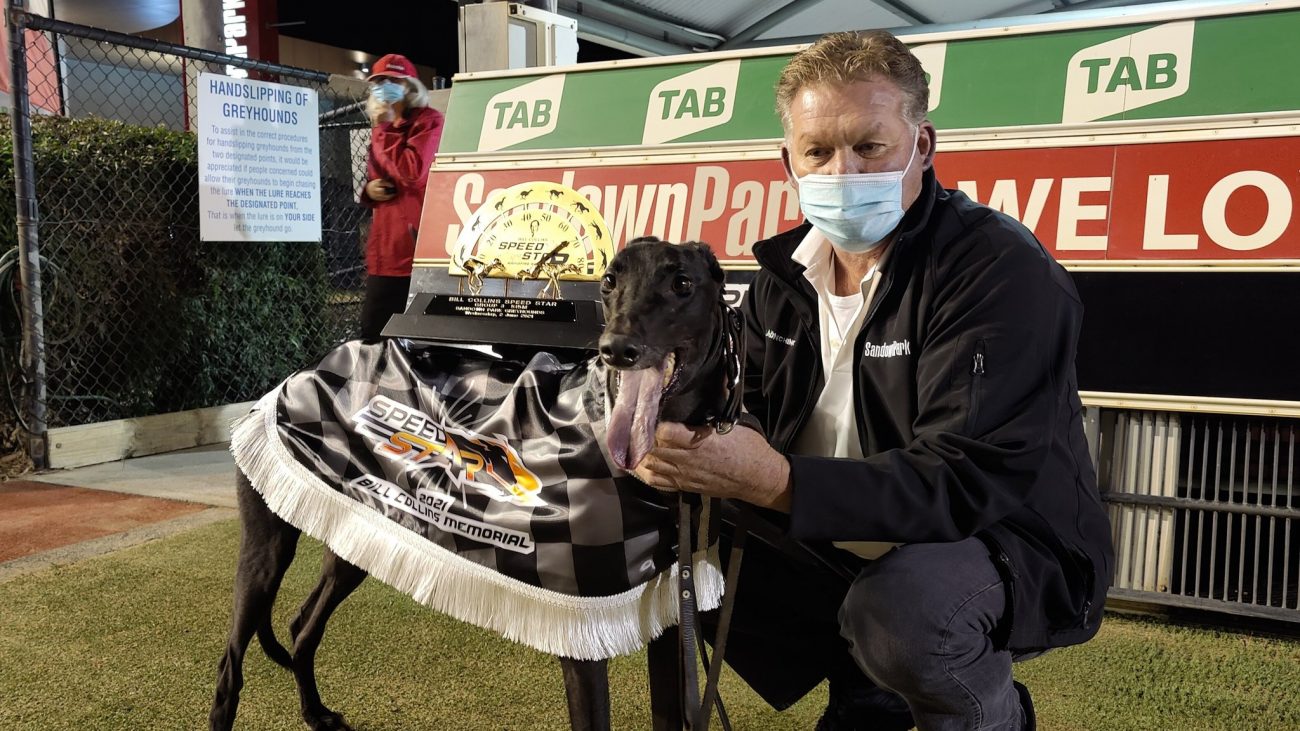 ZIPPING Rambo is a beast, Five Star is a stayer with huge upside and Aston Rupee will be a Group 1 winner before too long.

They were some of the key take-aways out of another hugely successful program of Speed Star racing at Sandown Park on Wednesday night.

The Group 3 Lizrene Speed Star (715m) went the way of the well supported Five Star for trainer Paul Abela in a fast 41.50.

The son of Fernando Bale got the better of series favourite Hank The Hustler in their match race clash with the time posted always going to be enough to claim the $10,000 winner’s prize.

SA star Sir Truculent – a late call up into the series – finished second by way of his match race win over Line Of Quality in 41.63, while track record holder Here’s Tears, getting on in age, nabbed third after scoring in 41.68.

Interestingly, the victory was Five Star’s first Sandown Park success at attempt 12, and now he’s put some serious time on the board look for him to bob up in some handy staying events in the coming months.

The Racecallers Speed Star (595m) was expected to be dominated by Group 1 Sandown Cup hero Zipping Rambo and things went according to script for his growing band of followers.

The son of Mister Twister skipped straight to the front in his clash with Cash Stack and after powering through the early splits, recorded 33.77 overall, much to the delight of favourite punters.

Bounce Back finished second after running 33.98 in his match-race for David Geall while the ever consistent Fractured finished third after winning his qualifier in 34.12 for Ned McDonald.

It will be interesting to see whether trainer Mark Delbridge embarks on a Brisbane campaign with Zipping Rambo or remains in Victoria with a view to this year’s National Distance Championships.

On the strength of his most recent performances there’ll be a number of trainers currently eyeing Brisbane campaigns hoping he stays exactly where he is.

The Bill Collins Speed Star (515m) produced some tantalizing match-ups and while betting suggested some lopsided results, on the track it proved anything but, with some clashes going right down to the wire.

Overall time honours and the Group 3 title went to Aston Rupee for trainer Glenn Rounds in a slashing 29.05.

The son of Kc And All safely accounted for his brother Aston Fastnet in the final clash of the night to continue his tantalizing run of form which has included sublime Warragul wins in 25.33 and 25.48.

Rounds is plotting a trip to Sydney with his budding star next month for the Group 1 Vic Peters Classic (520m) at Wentworth Park where he is not surprisingly pre-post favourite.

Now a winner at eight of his 14 starts, the regally bred youngster is at the pointy end of betting for a spate of feature events in the back end of the year including the Million Dollar Chase, Melbourne Cup, and the inaugural, The Phoenix.

And given his ascension through the sprinting ranks it’s hard not to see the immensely talented juvenile winning a Group 1 title sooner rather than later.

Finishing second in the Bill Collins was Equalizer which took a month of Sundays to down a gallant Riccarton Rick in 29.16 while Tiggerlong Tonk finished third after clinging on for the narrowest of wins over Highly Explosive in 29.18.