AUSTRALIAN Cup runner-up Fernando Bluey made a successful return to the race track with victory at Warragul on Tuesday night. 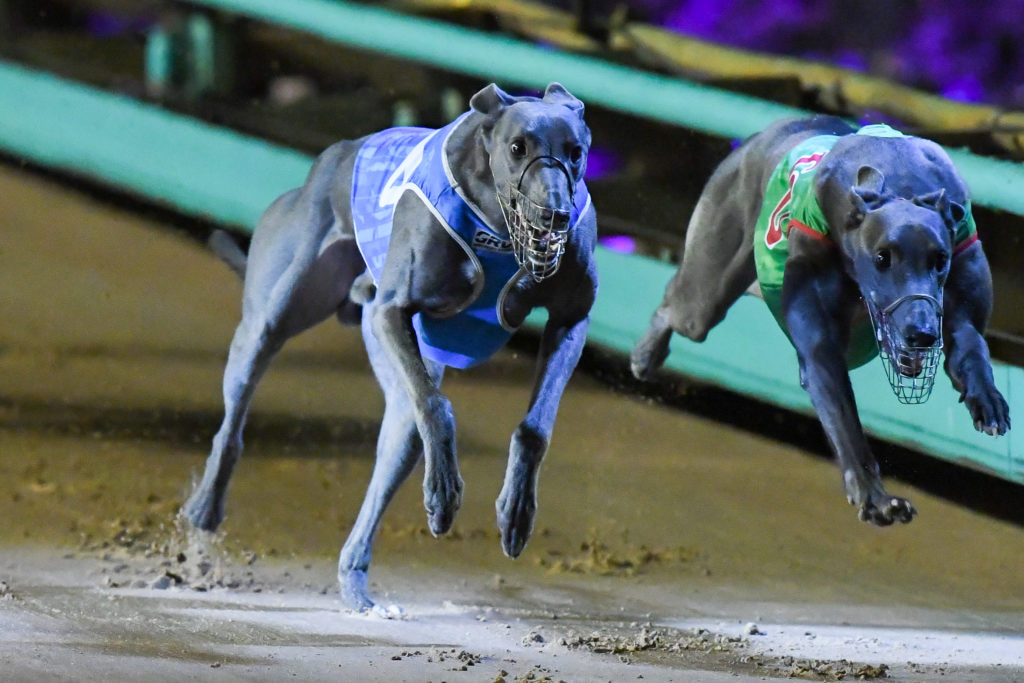 AUSTRALIAN Cup runner-up Fernando Bluey made a successful return to the track at Warragul on Tuesday night.

Five months since running a narrow third to Aston Rupee in a heat of the Melbourne Cup, the 24-race winner showed impressive acceleration when crossing to the lead from box eight in a FFA over 400m. His winning time of 22.67 pleased new trainer Lyn Smith.

“At this stage of fitness, I wouldn’t have expected much more,” said Smith.

Smith has taken a cautious approach with Fernando Bluey since he arrived in her kennels in February, but the dual group 1 finalist has shown his trademark early speed from his first trial.

‘BLUEY’ BACK IN STYLE

“He really should have been in last week. He’s only had the one 400m trial (ahead of his racing return) and I thought that might have flattened him because had to run into a massive headwind, so we took him back to Sale for another trial over the short.

“(But) He’s fine, nothing phases him, he’s jumping out of his skin today.”

Fernando Bluey is just three weeks from his fourth birthday, making him eligible for veterans races in Victoria.

The $43,000 Pink Diamond Veterans event at Ballarat in June looks a logical target, though Smith believes plotting a racing program leading up will cause some headaches.

“He’s an older dog so will take it run by run and if he’s still going well in another few weeks we’ll put him in the Pink Diamond Veterans, that’d be a good race for him,” she explained.

“All going well we’ll aim for that but in the meantime, we’ll just pick races here and there for him. It’s pretty hard with (veteran) dogs with that amount of ability and prize money beside their names, you can’t find easy races for them.”

The Pink Diamond Veterans is one of 12 feature events to be run through the $1.175m Pink Diamond series, the final of which will be run on Friday, 17 June.