HE'S already the most prolific greyhound to ever grace the track in Australia but cult hero Filthy Phantom is showing no signs of slowing down. 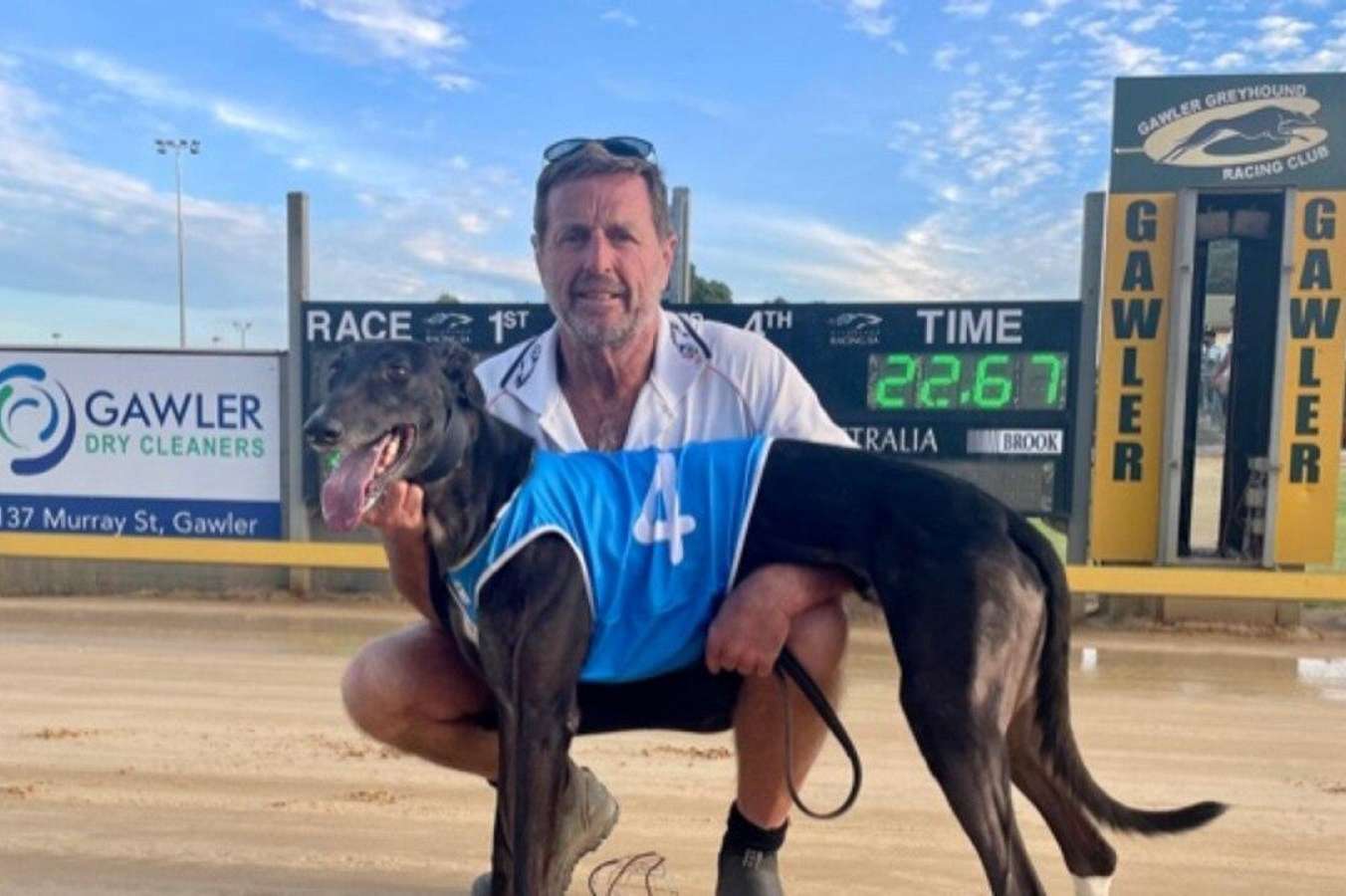 HE’S already the most prolific greyhound to ever grace the track in Australia but cult hero Filthy Phantom is showing no signs of slowing down.

The South Australian dog notched his 33rd win at start 280 at Gawler on Sunday and lines up for 281 at Mount Gambier on Thursday, further extending his remarkable career.

Langhorne Creek trainer Tony Hinrichsen marvels at what “Baz” has achieved – with 47 seconds, 54 thirds and $38,076 in prizemoney also to his credit.

“The world record is in America – one dog had 501 starts – he was six and a half. The Australian record, as far as we know, is 250 (Victorian chaser Galloping Graham) and he’s smashed that – 99 per cent of dogs don’t have 100 starts, let alone 101 placings.

At start number 280 the old war horse that is Filthy Phantom has won his 33rd race at near 6 years of age & runs a new PB.

Well done to the Phantom, trainer Tony Hinrichsen & all connections.

“It was a bit surreal on Sunday. When I saw the time – I didn’t think it could be true at almost six-years-old. He was only half a length outside the best of the night.”

Hinrichsen believes Filthy Phantom’s longevity comes down to a combination of good health and his zest for competition.

“He’s a lovely dog, he’s had no major injuries and he’s so laid-back, off raceday he doesn’t do a thing – he just kicks back and is very casual,” he said.

“But when he doesn’t race, he gets a bit narky. When he knows the other dogs are off to race, he’s not very happy about it all.

“It’s the old cliche, we take it one day at a time but he looks like he just wants to keep going. Obviously the nice goal would be to get to 300 starts.

“It’s the same as footballers, he’ll let me know when he’s had enough, he’ll tell me when he’s not interested.”

From the smiles on their faces, you can tell Filthy Phantom and Tony Hinrichsen love what they do.

There is a strong football connection to Filthy Phantom – a syndicate of four teammates from the AFL Masters club, the Phantoms, own him, so that explains the second part of his race name but Hinrichsen is “not sure where the filthy came from”.

The trainer, who currently has “15 to 16” in work, is keen to continue the legacy of his stable star and has started breeding from him with a couple of litters already on the ground.

“They all look nice now. The mother of the litter of six (Rusty Fury) had 124 starts, so if you average that out I’m hoping to get about 1400 starts out of them,” Hinrichsen laughed.

But in the meantime, all involved will continue to enjoy the journey as Filthy Phantom continues to race around South Australia.

“At the moment, I just can’t see when he’s going stop. He just loves to race.”