It’s set to be a Canterbury dominated Auckland Cup final at Manukau Stadium next Sunday following some sensational heats at the weekend. 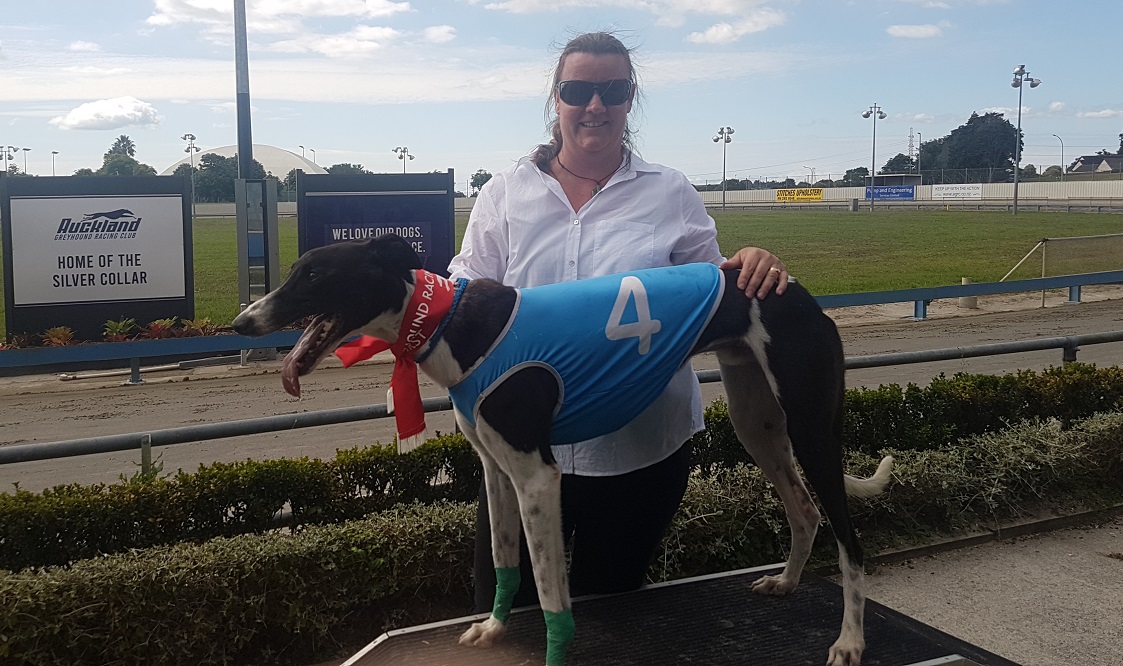 Greyhounds from the Crusaders territory will occupy six slots in the 527m traps following the running of Sunday’s four 527m heats for the $80,000 Group 1 event.

It was the Roberts prepared pair of Brendan Wheeler owned chasers which took heat time honours with Talbingo Bale (30.05) and Raja Bale (30.13) paving the way.

The Faheys responded with their couple of heat winners via Opawa Superstar (30.16) (pictured) and Opawa Wayne (30.43).

Further improvement can be expected from this quality quartet of chasers as all four of them made their race debuts on the Auckland located track.

Roberts also qualified Bahati Bale who gamely chased home Opawa Superstar four lengths astern of him. He comes up with the added bonus of securing the one-trap for the decider.

Adding intrigue to the final is the presence of the potent stayer Know Keeper. As expected he charged home for his 2.5 length second to Talbingo Bale following his recent ten consecutive staying victories.

Canterbury conditioner Gary Cleeve presented him to finish a bold second in last year’s edition of the Auckland Cup.

The remaining two contenders are prepared in the northern Chiefs Super Rugby region with Karen Walsh being represented by Thrilling Risk after he pushed Opawa Wayne to a head margin.

Vocal local support will be heard for Opawa Albert who kicked on bravely for his 1.25 length heat second behind Raja Bale for Glennis Farrell.

In summary, it’s going to be one hell of a final.

The short course sprinters will also be sighted dashing for Group 1 glory during next Sunday’s big ticket Manukau meeting.

Five competitive heats, over the 318m dash decided the line-up for the $30,000 Railway Sprint final.

Again, it was a Canterbury trained sprinter who returned the slickest heat time with the Tony Hart prepared Master Porthos defying he was having his first look at the northern venue when dashing to his strong pace-making 18.08 heat victory.