WEBLEC Ranger will head towards the Group 2 Ballarat Cup series in April after his Murray Bridge Cup triumph on Sunday for trainer Angela Langton. 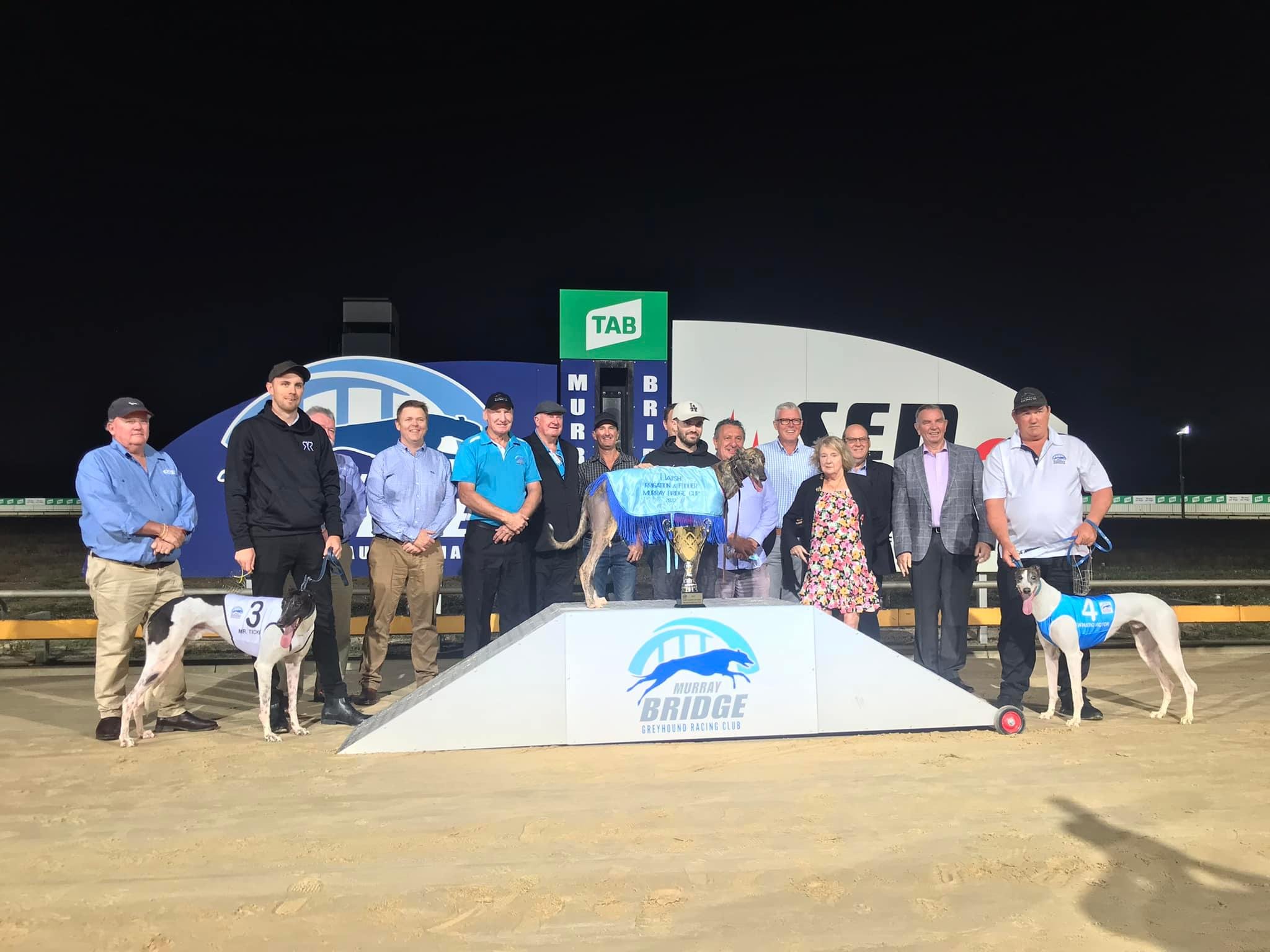 WEBLEC Ranger will head towards the Group 2 Ballarat Cup series in April.

He scored by a length and a half over Mr Ticket with Fantastic Victor in third.

Trackside were joint owners Nev Loechel and Jeff Weber to celebrate the victory.

“I’m told a great night was had,” said Angela. “Nev and Jeff had a heap of friends, farmer friends and footy friends there to see him win.

“Apparently it was a great turnout to cheer him on.”

Weblec Ranger has won the Group 3 2022 Daish Irrigation and Fodder Murray Bridge Cup for trainer Angela Langton in a time of 25.31s.

Angela was surprised the dog drifted out to start $5.50 in the final behind kennelmate Weblec Jet at $3.10.

“I think the locals don’t like the eight box at Murray Bridge so that’s probably why he started at those odds despite running the fastest of the heats.

“It was great to see Ranger begin as well as he did, then hold his line to the first turn to win,” she said.

“Jet began well but just could not hold his ground coming to the first turn. He’s been running 600 metres so that takes a bit off them early.”