Baroque Knight made a spectacular return to racing after six months off the scene by smashing the Grafton 350m track record on Sunday running 19.72. 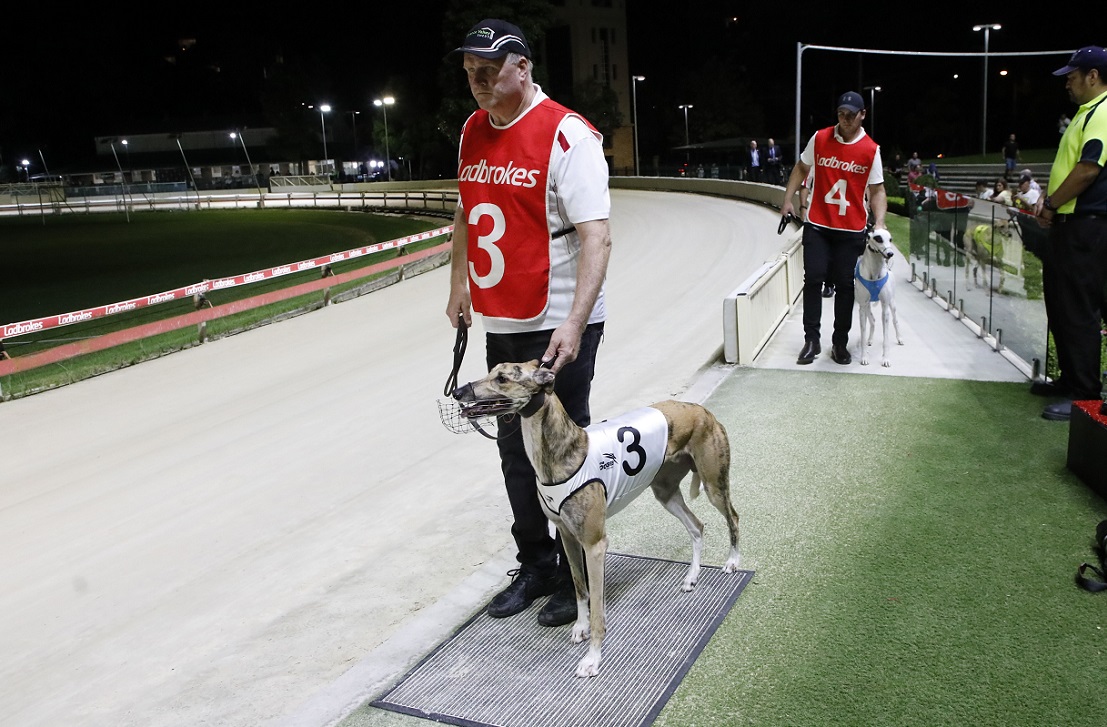 HE’S not the “Knight” of Grafton but is now the King.

That’s Baroque Knight who made a spectacular return to racing after six months off the scene when he smashed the Grafton 350m track record on Sunday night running 19.72.

And he came from last by three lengths out of the boxes to do it for owner John Tindall and trainer Steve Keep.

Amazingly, the Dyna Double One and Satelia chaser, Whacky Jacky, had broken the record in the previous race, running 19.80 to win a 1-3 wins final as the $1.75 favourite.

Baroque Knight (Fernando Bale-Cosmic Heir) had not raced since chasing home superstars Tommy Shelby and Wow when third in the Group 1 Golden Easter Egg at Wentworth Park way back on April 10.

Keep had been battling small but persistent injuries which kept delaying the dog’s return to racing.

He has now won 12 of his 24 starts. He downed highly consistent Grafton bitch Hootin’ Annie by three and a half lengths with Zanti Grace in third.

“I was worried all day on Sunday,” Keep said. “We escaped the need to trial him in front of the stewards by a few hours.”

Despite his sensational return to racing, Baroque Knight will not now go on to the heats of the Group 2 Lismore Gold Cup next week.

“Too early,” Keep added. “We have spent far too much time getting him right to send him into a race like the Lismore Cup against seasoned dogs.

Immediate plans are to go back to Grafton for another 350m race, then step him up to 450m for a couple of starts and back to Wentworth Park where he can still win a fifth grade race.

“There are two Million Dollar Chase events and the Golden Easter Egg coming up next year,” said Keep of his long-term plans.

“The dog does need a few more starts to settle him down a bit. He was very hyped up for the return to racing and once he has a few more runs he will settle down and then start coming out much better.”

While all eyes at the Grafton track were on Baroque Knight, Keep’s great mate, transport king Peter Simpson, was at home cheering him on.

“Simmo rang to say he was watching the race on TV and he was wearing the Baroque Knight t-shirt we gave him from Easter Egg night,” said Keep.

“Simmo is the manager of the Baroque Knight fan club.”