MARIO Briganti believes his rising star Big Opal Rocks has the ability to match the best in the land ahead of Saturday night's Australian Cup heats. 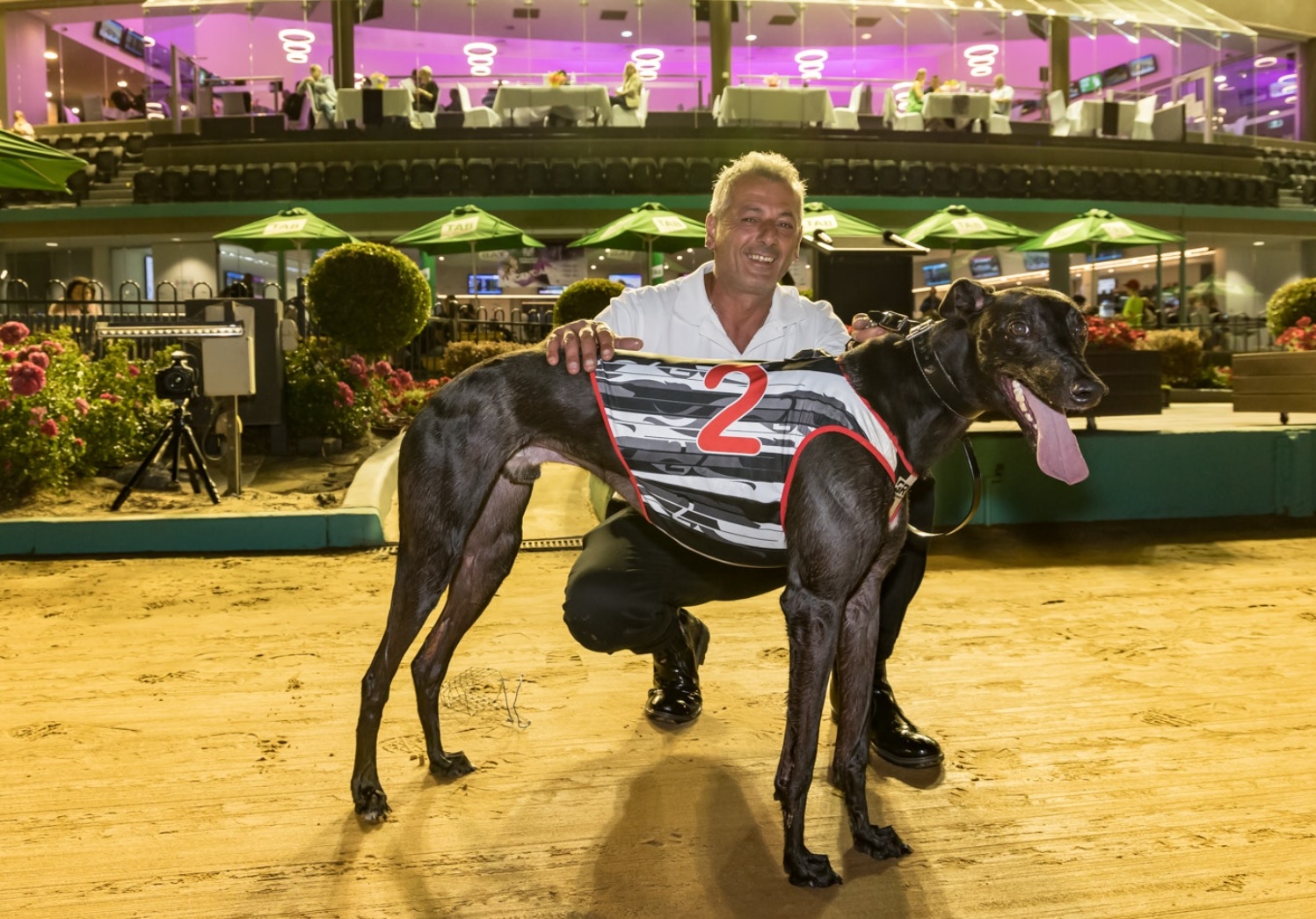 MARIO Briganti believes his rising star Big Opal Rocks has the ability to match the best in the land when he lines up in the heats of the Australian Cup on Saturday night.

At just 20 months of age, the son of Kinloch Brae and Red Rocks secured his place in the series with a dazzling win in a Cup Preliminary on Saturday night at The Meadows.

Despite a slow getaway, the hulking 35kg speedster avoided trouble to work his way through the field before taking the lead off the back straight and power to a seven length victory in 29.75 – just two lengths outside the time Aston Rupee ran to claim the Group 1 Temlee a race earlier.

After finding trouble in his first career start, Big Opal Rocks has now won five races in a row by an average margin of 7.25 lengths.

“He’s shown it from day dot, the first day we started pre-training him we knew straight away we had something special – the whole litter goes well,” said Briganti.

“He’s probably a little bit inexperienced going into the Australian Cup, but what he lacks in experience he makes up for in ability. When it comes to those sorts of races you’ve got to draw well, and if he can draw a nice heat and get box 1-3 he’s definitely going to be a chance.”

BIG OPAL ROCKS (2) is victorious in the fourth preliminary of the Group 1 @tabcomau #AustralianCup (525m) at @MelbourneGreys in 29.751 seconds for trainer Mario Briganti.

While Big Opal Rocks takes on the best in the land on Saturday night, litter brothers Rapaki Rocks and Black Spartacus will be looking to break their maiden status in semi finals of the VicBred Maiden series on Wednesday.

Briganti said that Big Opal Rocks has been ‘push button’ since arriving from the breakers, but he has had to work through some minor issues with his brothers.

“They’re about a month behind in their work but they’re definitely catching up,” Briganti said.

“I don’t know if they’re as good as him but they’re every bit as strong. I think in 6-8 months time we’ll be talking about staying races for these dogs.

“They don’t have a lot of early speed so they just have to balance up and get into a nice position. The first four in each heat go through so I think they should both qualify, then hopefully draw well in the final.

“They’re a work in progress, but they are very, very strong – the last section is always their best section.”

Rapaki Rocks lines up in race two (12.14pm) and Black Spartacus race three (12.30pm) at The Meadows on Wednesday afternoon.