LEADING South Australian breeder-trainer Kirin Corby is "tearing her hair out" trying to keep on top of her pups and broodbitches. 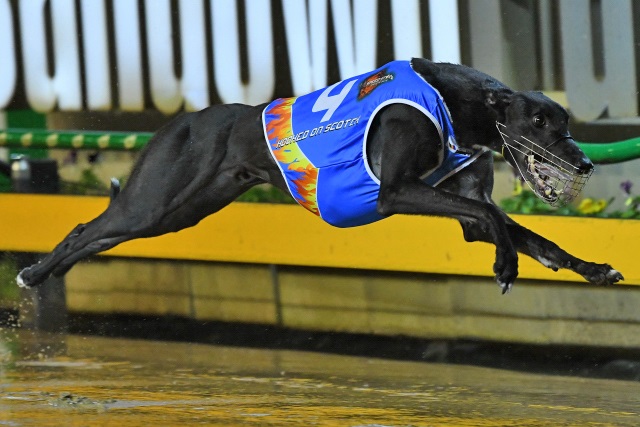 LEADING South Australian breeder-trainer Kirin Corby is “tearing her hair out” trying to keep on top of her pups and broodbitches.

Kirin, who shares in the ownership of champion Sennachie (Fernando Bale-Rhonda Rocks), has just mated his litter sister, Gwydion, to Hooked On Scotch.

And, to top off all that, Kirin also has a litter by Sennachie out of Fabwik she whelped recently.

Gwydion, a finalist in the Group 1 Hume Cup, was an outstanding race bitch which was a fast winner over 500m and 600m but excelled at the latter when in training in Victoria with Steve White.

“She has just been mated to Hooked On Scotch so it is a bit early to see if she is having any for sure,” Kirin said.

“We put her to Hooked On Scotch firstly because he was such a great race dog but also because it recreates the pedigree of champions like Poke The Bear and Out Of Range.

Out Of Range won the Group 1 Silver Chief and Group 1 National Derby.

Tauwitchere is from Kirin’s famous damline that has served her so well for many years.

All seven of her litter were prolific winners.

“Tauwitchere will be mated soon, but with lockdowns happening everywhere it is difficult to be certain we can get things done when needed,” said Kirin.

Kirin also has a Sennachie litter out of her extra smart race bitch Fabwik (Fabregas-Wikena) the same direct damline as Tauwitchere.

Fabwik was a multiple Group performer.

Nine of Captivating’s progeny have won more than $20,000 in stakes.