GROUP performer Bobby The Brute continued his sensational return from injury with a stirring victory at The Meadows on Wednesday afternoon. 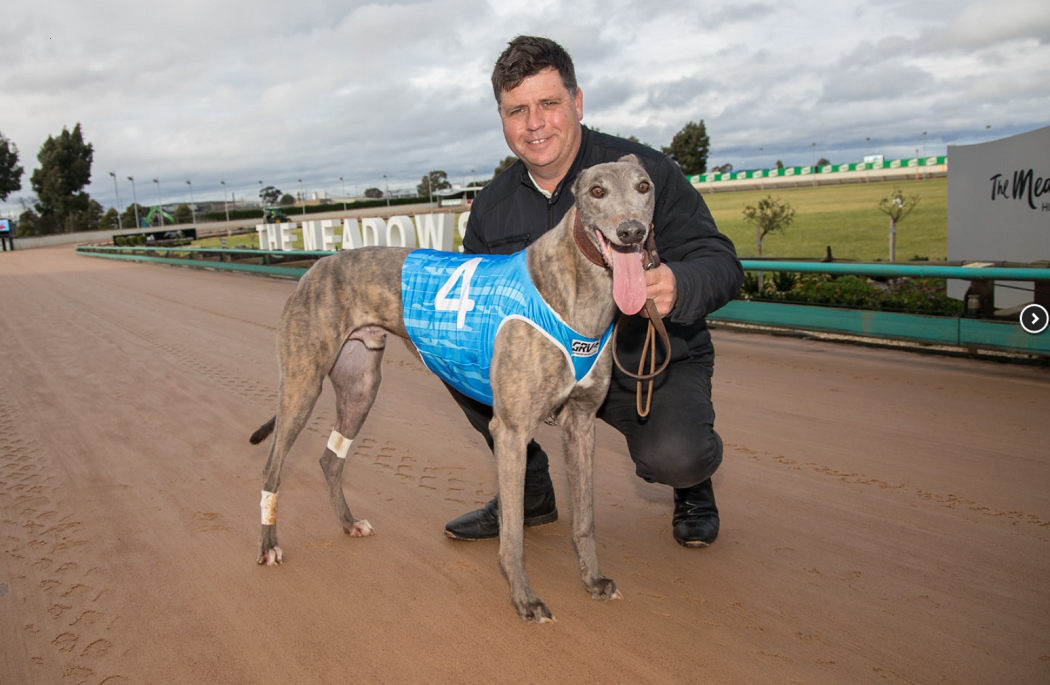 GROUP performer Bobby The Brute continued his sensational return from injury with a stirring victory at The Meadows on Wednesday afternoon.

Stepping out for just his second run back from a fractured hock which kept him on the sidelines for six months, Bobby The Brute covered the 525 metres in a fast 29.84 for trainer Brendan Pursell.

The impressive performance was on the back of his successful comeback at Geelong recently when scoring in 25.86.

“It’s great to have him back racing,” Pursell said of his comeback chaser which is another success story from groundbreaking product Tvati.

“And the best thing is it looks as if he hasn’t lost any of his talent after the injury.

“It was a clean fracture so it healed really well but I’ve just taken him along very slowly. Even after the vet said he was good to go I still gave him another month.

“I really liked his Meadows win on Wednesday – it was his first 500 metre run in six months.

“On the line you could tell he was just warming up.”

A son of Kc And All and She’s Scandalous, Bobby The Brute has been a much travelled chaser during his career, spending stints in NSW, Queensland and Victoria.

His 43 start career has amassed 13 wins including three starts at Group race level, finishing third to Houdini Boy in the Group 1 Sale Cup, second to Simon Told Helen in the Group 2 Geelong Cup and second to Kiss And Spin in the Group 3 Flying Amy Classic.

“I’m hoping there’s a good race in him at some stage,” Pursell offered.

“He’s definitely good enough and at some stage he’ll get back up to the 600 metres which is his best distance. If the Nationals go ahead I might give him a crack at that first though.

“It’s only early days back from a long time off so we’ll just move ahead slowly.”

“Call Me Chloe has finally drawn a box (two) so she’s my best although she’s odds on,” Pursell said.