WHILE Typhoon Sammy stole the show in the Bendigo Cup heats, the barnstorming last-to-first win of rising star Paua Of Buddy lost little in comparison. 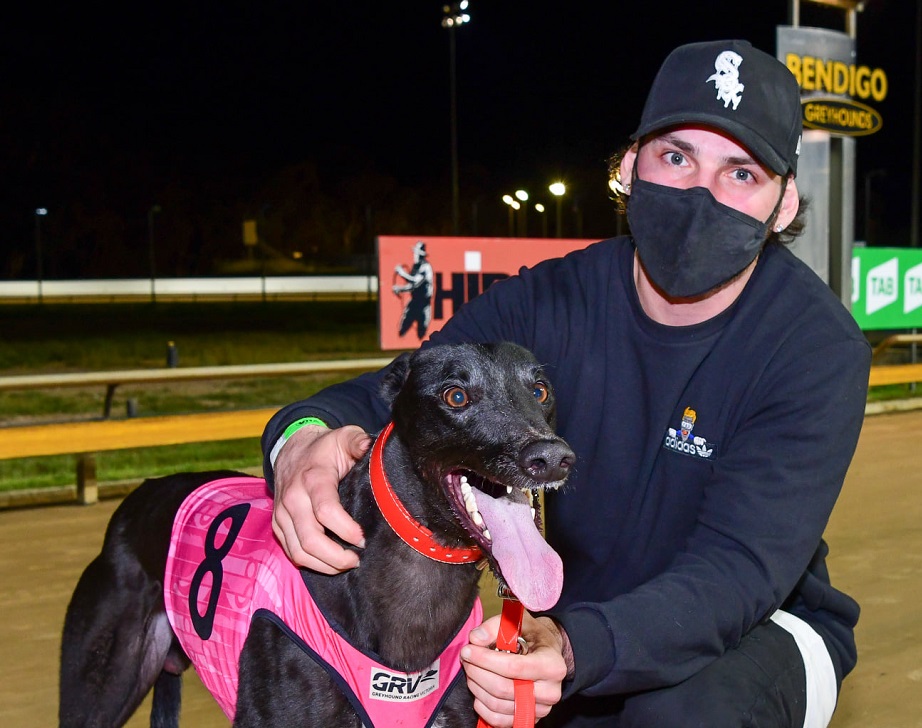 Like Typhoon Sammy, Paua Of Buddy is a son of 2017 Melbourne Cup winner Aston Dee Bee and is trained by Steve White, who’s enjoyed great success with the ‘Paua’ line over the last two decades, most notably with the immortal Paua To Burn, Paua Of Buddy’s great-granddam.

The lightly-raced Paua Of Buddy came into last Saturday’s Cup heats off a record-breaking last start win at Warragul, where he became the first sprinter to break 22sec over 400m, ironically eclipsing the previous benchmark jointly held by his older half-brother Paua Of Oscar.

Drawn in Box 8, Paua Of Buddy started $2.20 favourite and in a visually stunning display, missed the start but swept around the field and careered away in the home straight, downing Envy To Burn by 3.94L in 23.59sec.

It was Paua Of Buddy’s seventh win from ten starts and fourth from his past five, and Buln Buln East-based White wasn’t concerned at all that it was the fifth fastest heat performance.

“The time was irrelevant – I thought his run was enormous,” said White.

“I trialled him at Bendigo two weeks before the heats and he did run 6.49sec early but he missed the start a length on Saturday (6.55sec).

“Then he probably lost another length and a half when he checked off the leader (Aston Profit), so he’s lost about two and a half lengths and then just motored away. It was a super run.

“That’s two times now he’s stepped up in Group races – he ran second to Qwara Bale in a heat of the (G3) Warragul St. Leger, but then I had to scratch him from the final – so he’s shown he’s definitely up to it.”

After his electrifying heat victory from ‘the pink’, Paua Of Buddy moves to Box 1 for Saturday night’s $50,000 to-the-winner final, where TAB has marked him the $3.90 second elect, with Jason Thompson’s fastest qualifier Typhoon Sammy (Box 7) $2 favourite.

Dr. Tucker (Box 4) is next in betting at $4.40, while incredibly, triple country cups winner Ferdinand Boy (Box 5) is $6.50, underlining the enormous depth of the field.

“I wanted to draw either one or eight and he’s come up with ‘the red’,” said White.

“Absolutely he’s in with a chance but he’s going to have to do everything right.

“If you make a mistake you’re not going to win this race and that goes for every dog in it.”

Paua Of Buddy showcased his fanatical will to win in his runaway come-from behind heat victory but his competitive desire comes with a cost and has proven to be both a blessing and a curse for White throughout his short career.

“He’s right up with the best I’ve had,” White said.

“He’s been running records from the time he broke in. He hasn’t had a lot of racing because before he started he had a hock injury and then he ran into a post and had a problem with a shoulder.

“The amount of energy he puts into trying to beat his opposition is unbelievable. I’ve never had a dog like it. Never. He gives it everything he’s got to try to beat them and it takes a lot out of him.

“I can trial him on his own anywhere and he’ll run near the record and pull up as good as gold, but as soon as he’s got another dog to chase he just burns up all his energy.

“Saturday night took a lot out of him again but he’s much better today (Monday) and he should be back to normal tomorrow. I’m very aware of it now and just have to take a few more precautions after his races.

“We’ve got to get him around two-turns next. I have trialled him post-to-post at both Sandown and The Meadows and he’s run really quick but with the issues he’s having pulling up after his races I’ll have to be very careful.”