MOMENTUM has earned the right to skip the first round of The Phoenix but Cosi Dagostino is leaning towards running him on Saturday at Cannington. 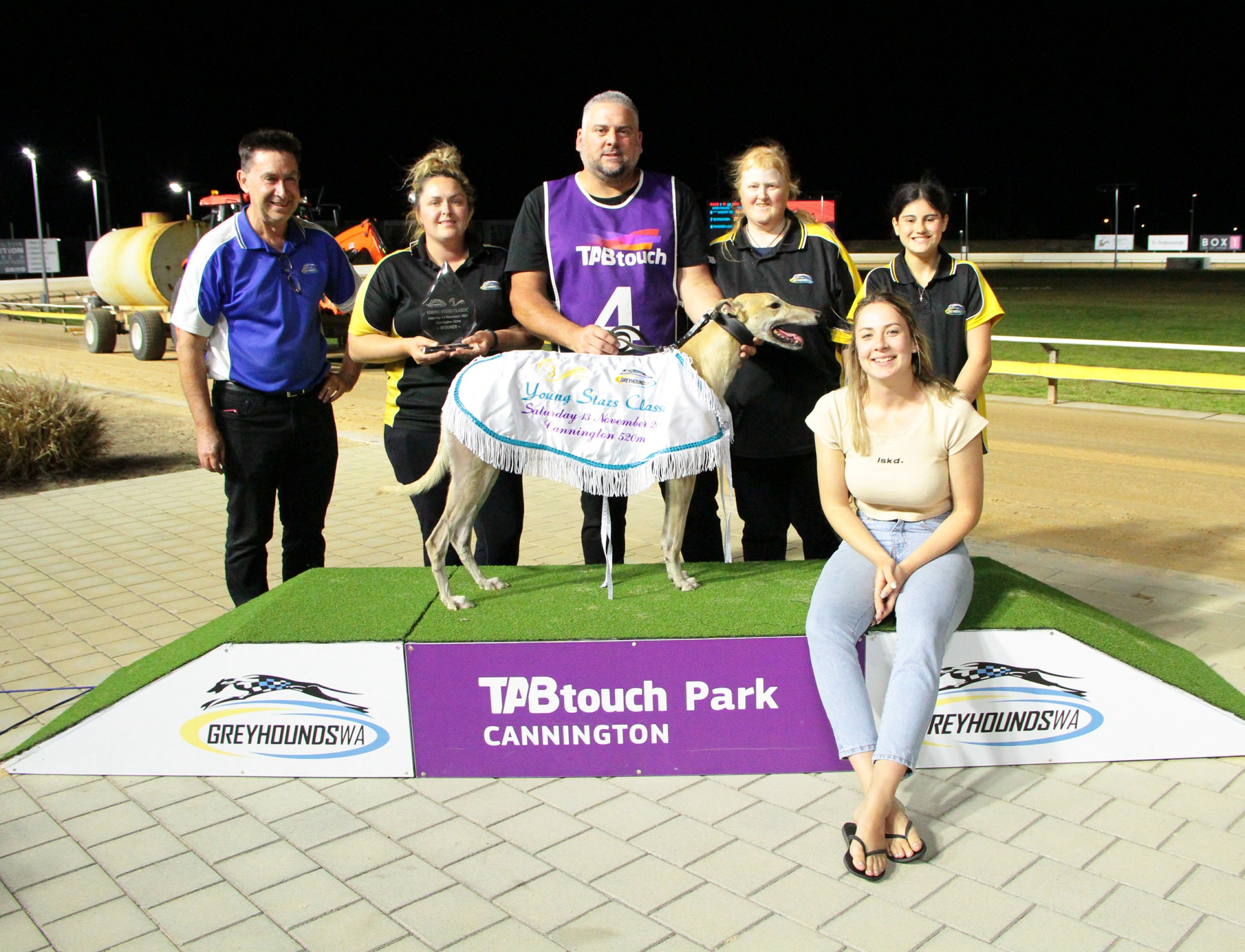 BOOM WA youngster Momentum has earned the right to skip the first round of local heats for The Phoenix, but part-owner and trainer Cosi Dagostino is leaning towards running him on Saturday night at Cannington.

Momentum (Lightning Frank-Belron Bonnie) comes off a last-start victory in the Group 3 Young Star Classic at Cannington running 29.65 when beating Unsee This.

He has already won the Listed WA-bred Championship and was beaten narrowly in the Group 2 All Stars Sprint behind Vice Grip.

“He’s been a surprise, but a really good surprise,” said Cosi of the youngster which only turned two late in October.

“He has pulled up really well after the Group win on Saturday night and I can’t see why we should miss a run with him this week even though the Group win gives him automatic entry into the semi-finals of The Phoenix local series.

“I like to keep dogs who are racing so well going and the heats will be seeded so he is likely to meet a field that will suit him.”

Cosi said he and part-owner Sharon Wells had been approached twice by buyers wanting the dog.

“But the answer both times was no,” he said.

Cosi said his part-owner Sharon would get the dog for any Victorian campaign.

“If he happened to make The Phoenix, he would probably stay in Victoria and run through the Silver Chief series,” he said.

“His father was a super race dog, and his mother is a sister to Peter Rocket,” he said. “Unfortunately, his mother Belron Bonnie broke a leg as a pup and got to have just a handful of race starts before being bred with.”

Cosi has been patient with Momentum.

“He went to Mandurah as a youngster to teach him to race,” he said. “The virtual one-turn track is perfect for that. Cannington is a tight track and I wanted to get him accustomed to racing before taking him there.

“He got hurt back in July and had a little while off but has come back great.

“There are a lot of very good races coming up for him.

“The Silver Chief is one, then the National Derby and the Queensland Derby.

“But who knows what we are able to do with all these Covid restrictions. None of it makes sense. And you can write that.”