Borda Backs The Phoenix Concept To The Hilt

WHEN leviathan owner Ray Borda clinched a Phoenix slot he was well aware the opportunity came with the obligation to further promote greyhound racing. 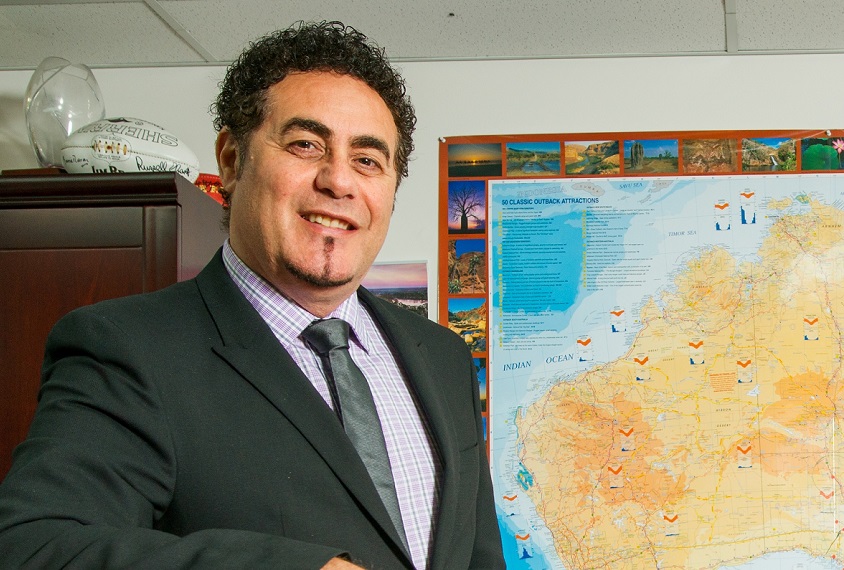 WHEN leviathan owner Ray Borda clinched a slot in The TAB Phoenix he was well aware the opportunity of a $750,000 pay day came with the obligation to further promote greyhound racing.

Borda takes such tasks seriously and in the lead-up to Saturday night’s glamour race at The Meadows, Ray has worked overtime promoting the industry and The Phoenix.

Borda, of course, has his own superstar Aston Rupee running for him in the $1.145m Phoenix.

“When I looked at ways of promoting The Phoenix, I thought outside the industry and it has worked wonderfully for us all,” said Borda.

First, he utilised the 40,000 followers he has for his pet treat company called Pet Snacks.

“I got a flyer done up promoting The Phoenix and every time Pet Snacks got an order, one of those flyers was sent to the buyer,” said Borda.

Borda is also involved in thoroughbred racing and he used that industry as a means to spread The Phoenix’s lure.

“I sponsored six races at Morphettville thoroughbreds recently and that included racebook and on-screen promotion of The Phoenix,” said Ray. “All day The Phoenix was to the fore.

“The response from the thoroughbred industry has been huge. In fact, I now have orders for 30 greyhounds such is the response.”

“Every other state is represented by governing bodies and the like. South Australia was me alone.”

Part of that campaign was a video of Port Power players and their coach Ken Hinkley, a greyhound owner himself, backing Aston Rupee’s bid for The Phoenix on Saturday night.

“We decided to go with the Victorian-born players now at Port Power giving their support of Aston Rupee,” said Ray. “It is South Australia against the rest.

“It has been a huge hit on social media.

“And, Port Power’s theme song is History In The Making, and that is the same theme as The Phoenix.”

Borda says his decision to promote The Phoenix outside greyhound racing circles was right. “I decided to take the hard road, but it was the right road,” he said.

“GAP is one of greyhound racing’s best marketing tools. More and more of the public are realising just what wonderful pets they are.”

Borda says with the addition of The Phoenix to two Million Dollar Chases in 2022, the Australian Cup, Melbourne Cup, Golden Easter Egg etc, it is feasible for a greyhound to top the $3m in prizemoney earned.

For Aston Rupee, that quest begins in Saturday night’s The TAB Phoenix, the superstar sprinter to start favourite from box five in the $750,000-to-the-winner event.