YOUTHFUL Qld trainer Matt Bourke landed his first treble at Capalaba on Sunday and hopes to take that form into the Capalaba Cup heats. 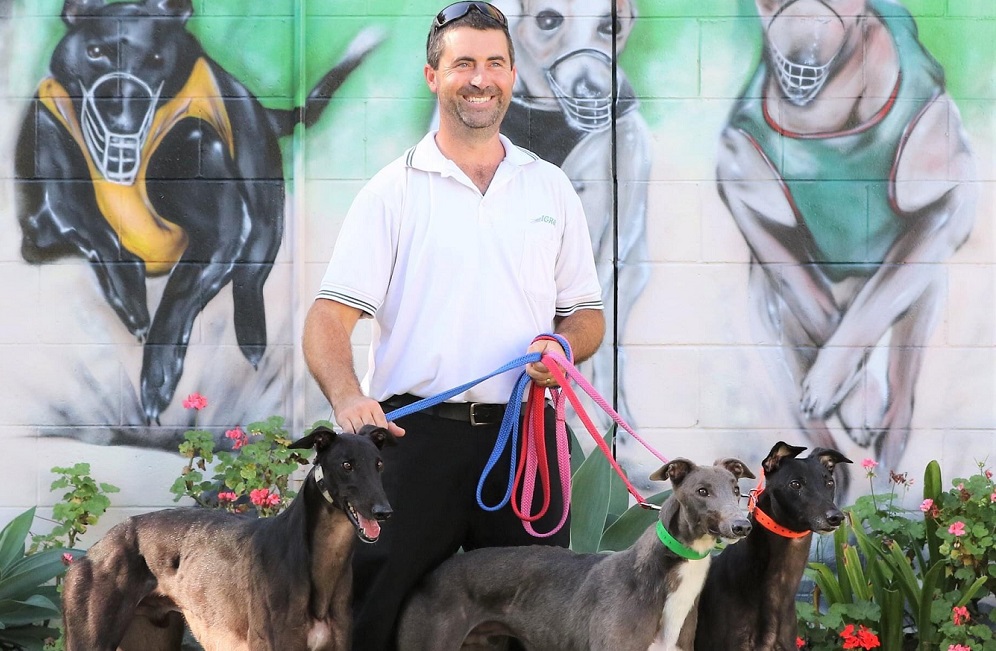 YOUTHFUL Queensland trainer Matt Bourke landed his first treble at Capalaba on Sunday and hopes to now take that a step forward in next weekend’s Capalaba Cup heats.

He has been training only two years.

“Magic Bulldozer is the dog heading towards the Capalaba Cup heats next week,” said Matt.

“He has come up from Victoria where he was finding he’d been a bit outgraded.

“He had a bit of a setback when he arrived on the flight but he’s bounced back and will now go to the heats of the Cup next weekend.”

Magic Bulldozer (Magic Sprite-Dyna Aline) has now won 12 races in a 79-start career and had become a Healesville specialist back in Victoria.

Fogman (Zabdon Ferrari-Cake It On) went into his maiden debut underdone and surprised Bourke when able to hang on and win.

“He is only young and I tossed him into the race for a bit of experience,” he said.

“I thought he might be getting tired at about the 300 metre mark and get run down but he’s been improving with everything I’ve done with him and it was a good win.

“He went better than I expected.”

Khatanga Bay (Barcia Bale-Fancy Arjo) was a new arrival in the Bourke kennel as well.

He’d been racing at Bathurst of late without success but had been a Dapto 600m winner four starts previous.

Bourke took up training virtually full time when he lost his job last year through Covid.

He had bought last March a 40-acre property at Churchable and has been busy building it into a breeding and training complex.

“I’ve been busy putting up pup yards and already have bred a couple of litters and have a couple of well bred bitches we will breed with in the future,” he said.

He bought his first dog back in 2009 but slipped away from the industry for a few years, getting back in two years ago.

“Lots of help from lots of people especially Barry Kitchener who has been close to Tony Brett in the past few years,” said Bourke of his inspiration in training.