ALL distance dynamo Jarick Bale will exit box eight in his pursuit of a third Group 1 victory in next Thursday night’s Sandown Cup (715m). 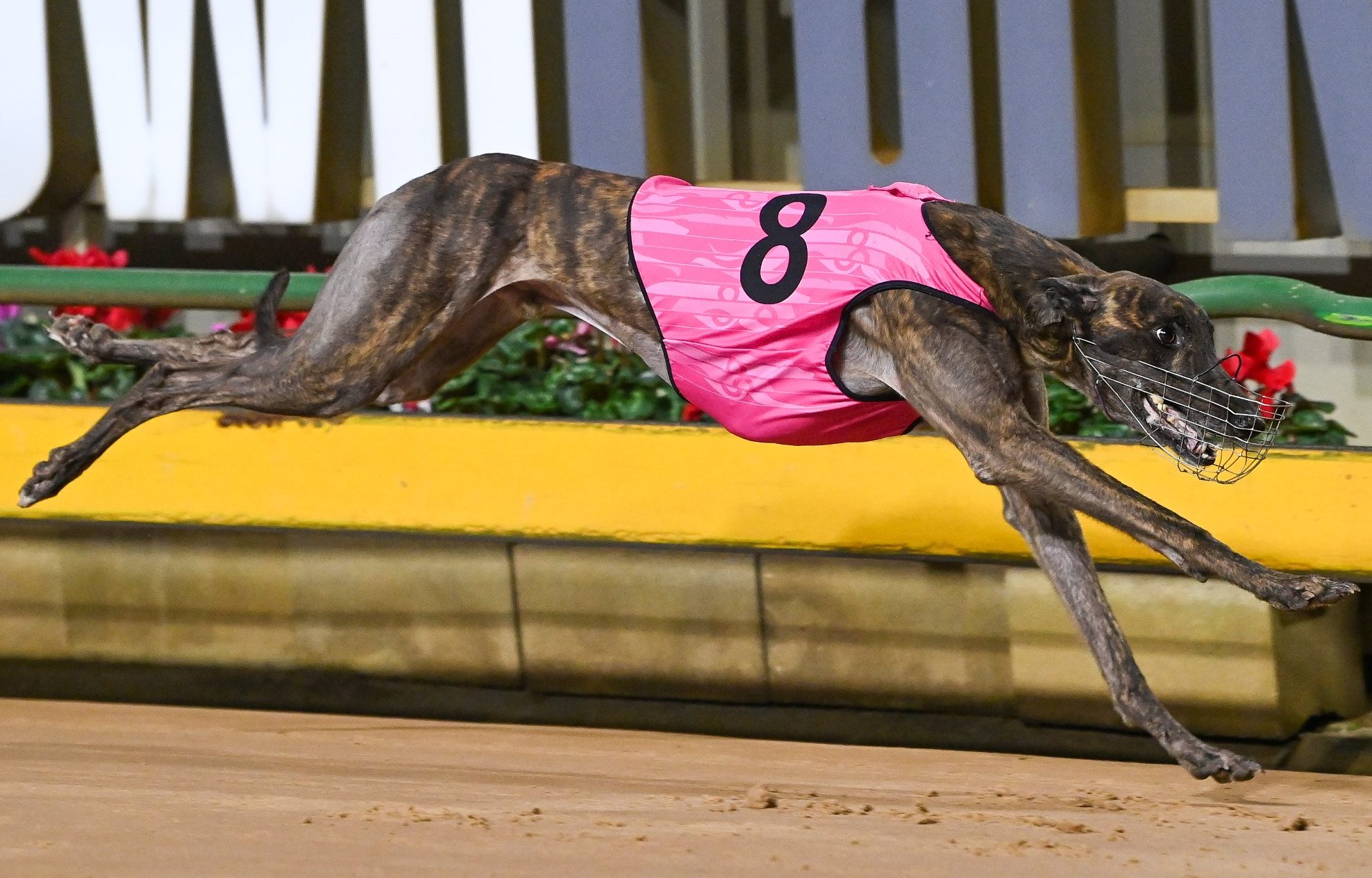 ALL distance dynamo Jarick Bale will exit box eight in his pursuit of a third Group 1 victory in next Thursday night’s Sandown Cup (715m).

The reigning Sale Cup and Rookie Rebel winner was brilliant in his heat display on Thursday night, carving out a slick 41.29 from box eight to qualify fastest for the $175,000-to-the-winner final for trainer Mark Delbridge.

If successful in next week’s rich decider it will be back-to-back Sandown Cups for Delbridge after landing the race last year with Zipping Rambo.

Pre-post series favourite Mepunga Ruby has drawn box two in her Sandown Cup quest and will be one of the major players in betting despite being downed at tomato sauce odds in Thursday’s heats.

Stepping out for the first time since her second in the Group 1 Association Cup at Wentworth Park behind Gypsy Wyong, the Jeff Britton-trained group 1 star was downed by the ever consistent Orca by a narrow margin in 41.65.

The third heat produced another upset with bold front-runner Untapped getting the better of red hot favourite Gypsy Wyong in 41.37.

Trained by Dustin Drew, Untapped, a daughter of Aston Dee Bee, never really looked in any danger of defeat, scoring by 2 ¾ lengths to race her way into another big race final.

A graduate of the Sandown National Draft, Untapped races for Ray Borda’s Team Borda syndicate with the leviathan owner enjoying success of his own in heat five with Aston Velvet scoring in a slick 41.58.

The remaining heat was annexed by the Jason Thompson-trained Collinda Lady which continued her dazzling form with a commanding 41.56 success.

Drawn box three for the finale, the daughter of Zambora Brockie will be striving to hand Thompson a third Sandown Cup title with the champion mentor having won the race in 2004 with Proven Lethal and 2010 with Next Top Model.