WHEN Digger's Magic eclipsed a 10-year track record over 307m at Bathurst, those who know the stats for his trainer Paul Braddon were not surprised. 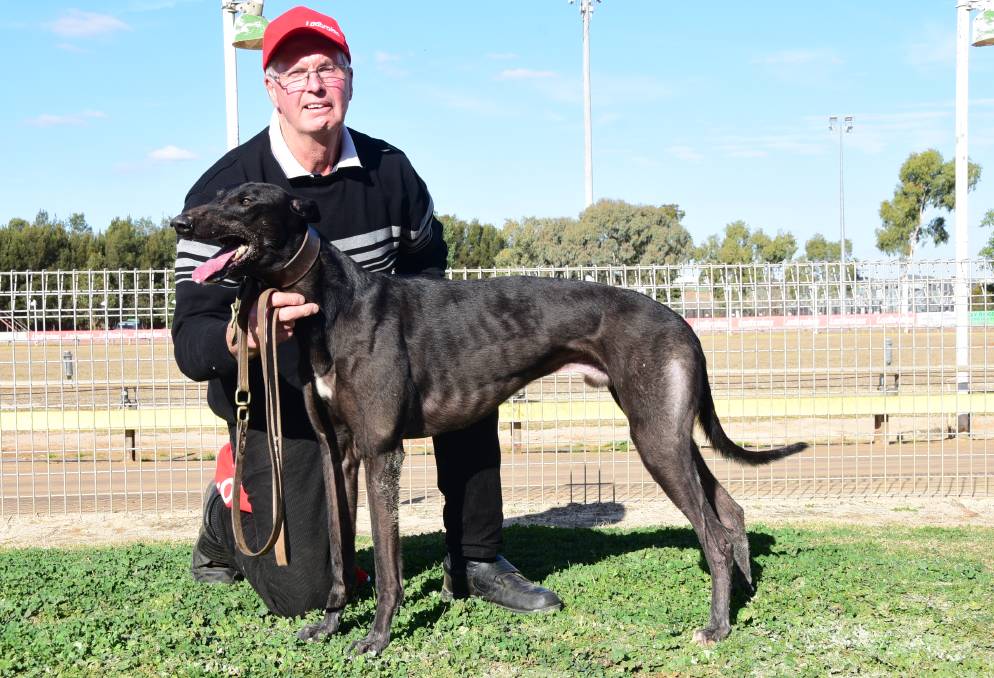 WHEN Digger’s Magic eclipsed a 10-year track record over 307m at Bathurst on Monday, no one who knows the career stats for his owner-trainer Paul Braddon was surprised.

“I’ve had at least 20 tracks records, probably more,” he said today when reflecting on the 17.33 Digger’s Magic (Aston Dee Bee-Hope’s A Chance) ran when winning the FFA. The previous record had stood for 10 years at 17.36.

Digger’s Magic was explosive and set up his win and the record with a sensational performance at box rise.

“That’s his forte,” said Paul. “He already holds the first section record at Dubbo and has broken that a couple of times.”

The record-breaking run was the 10th victory in 19 starts for Digger’s Magic and also part of a winning hat-trick for the litter.

The track record run was special for Paul Braddon.

“I treasure those track records,” he said. “We’ve had three different dogs break the 400 metre record at Dubbo.”

Immediate plans for Digger’s Magic will remain around local tracks.

“He puts in so much early in his races that he struggles to get past 350 metres,” said Paul.

“But that does not mean he will not be given his chance in the up-coming The Thunderbolt the rich final of which will be held over 350m at Grafton in June.

“Of course he will go into the local heats of that race,” said Paul. “We’ve got heats at Bathurst, Goulburn and Richmond.”

While Digger’s Magic is special, Paul is adamant the litter sisters that both won at Bathurst are as good.

David and Lisa Worthy, too, are proud of the three from the litter they have including speed star Apollo Speed who is also chasing The Thunderbolt.