GOLDEN Oldie winner Black Mirage will continue racing for connections Jane and Jeff Crawford but Jeff has a future breeding career mapped out. 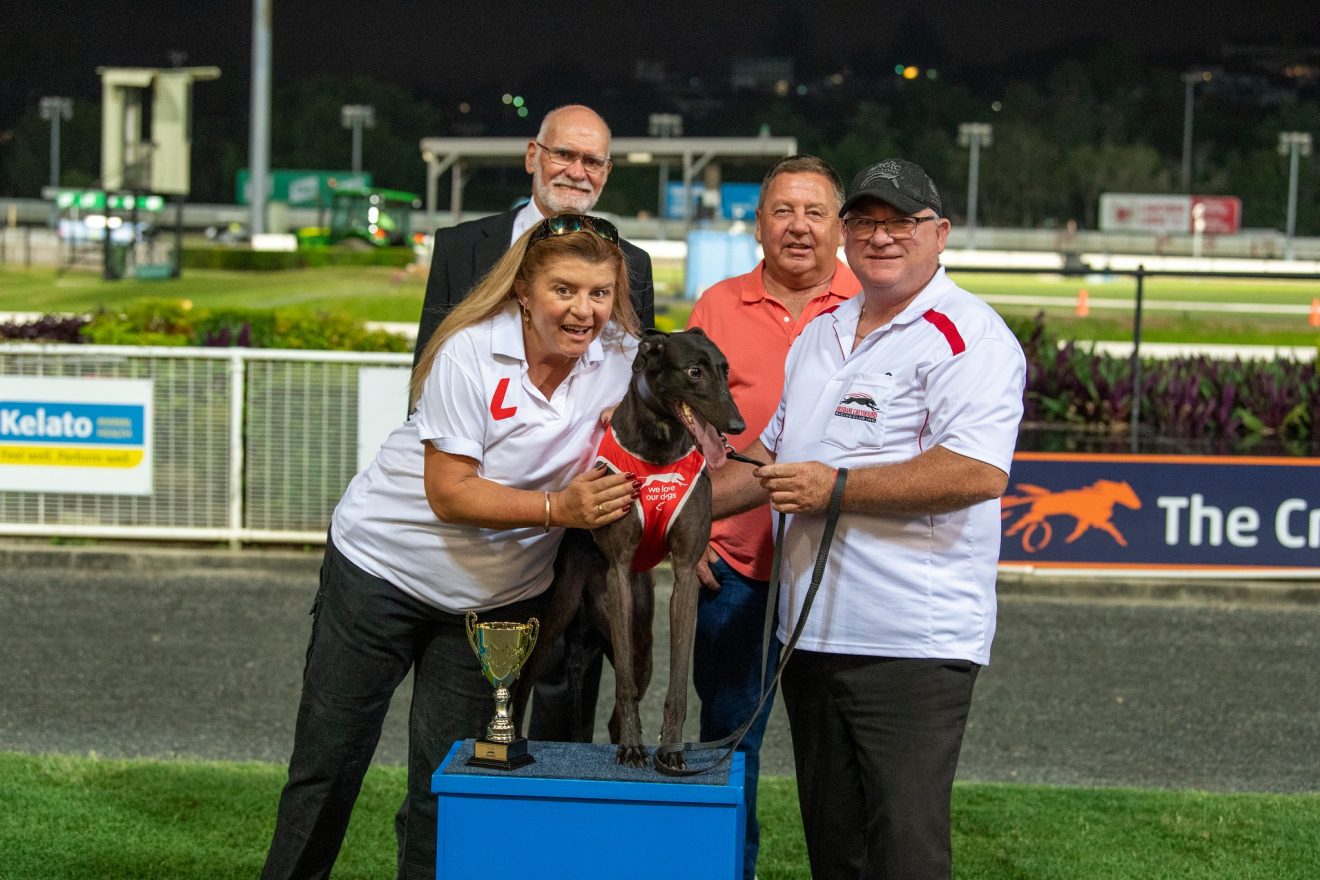 The Crawfords had two finalists in the Golden Oldies, the other Kiss And Spin, started favourite at $2.80 with Black Mirage next best at $3.80.

“I actually backed Kiss And Spin,” admitted Jeff. “But, she got back early and because she is such a good railer, she could not get a go at them.”

The Jeff Crawford-trained Black Mirage winds back the clock in the Listed @tabcomau Golden Oldies at @BrisGreys tonight to take a wire-to-wire win! #QLDisRacing 🐾

Black Mirage traces directly to the very first bitch the Crawfords owned and bred with, Le Royale, her third mother.

“We bred her to a very good Irish dog called Ahane Lad,” said Jeff. “He had just arrived in Australia. Le Royale eventually threw Fantasy Royale who became the mother of Leeroy Rogue.”

The Shane Lad-Le Royale litter produced eight dogs and one bitch but the bitch was hurt in a paddock accident at five months.

“We gave her to John Campbell in WA and he and Jane stayed in touch,” said Jeff. “When that bitch, who John named My My Machine, had a litter by Surf Lorian he gave us a bitch and we bought one of the males.

“The bitch turned out to be My Black Lorian and while she was no champ, she was a good winner, great chaser and won up to 600 metres.

“We bred a litter to Premier Fantasy with her and Black Mirage is the result.”

The Crawfords have already mapped out a breeding program for Black Mirage.

“She will go to Magic Sprite,” said Jeff. “She is a lovely 30.6 kilo bitch and the Premier Fantasy line goes well with Magic Sprite.”

But, those breeding plans will have to wait.

“Just at the moment we don’t have a lot of racing dogs in the kennel and we will keep both Black Mirage and Kiss And Spin going with Masters and 600m racing in mind.

“There are plenty of races for them to win before we decide to retire them.”