MARIO Briganti was delighted in his brilliant pup Big Opal Rocks’ victory in his MDC Prelude, but concedes the job's ahead Friday night. 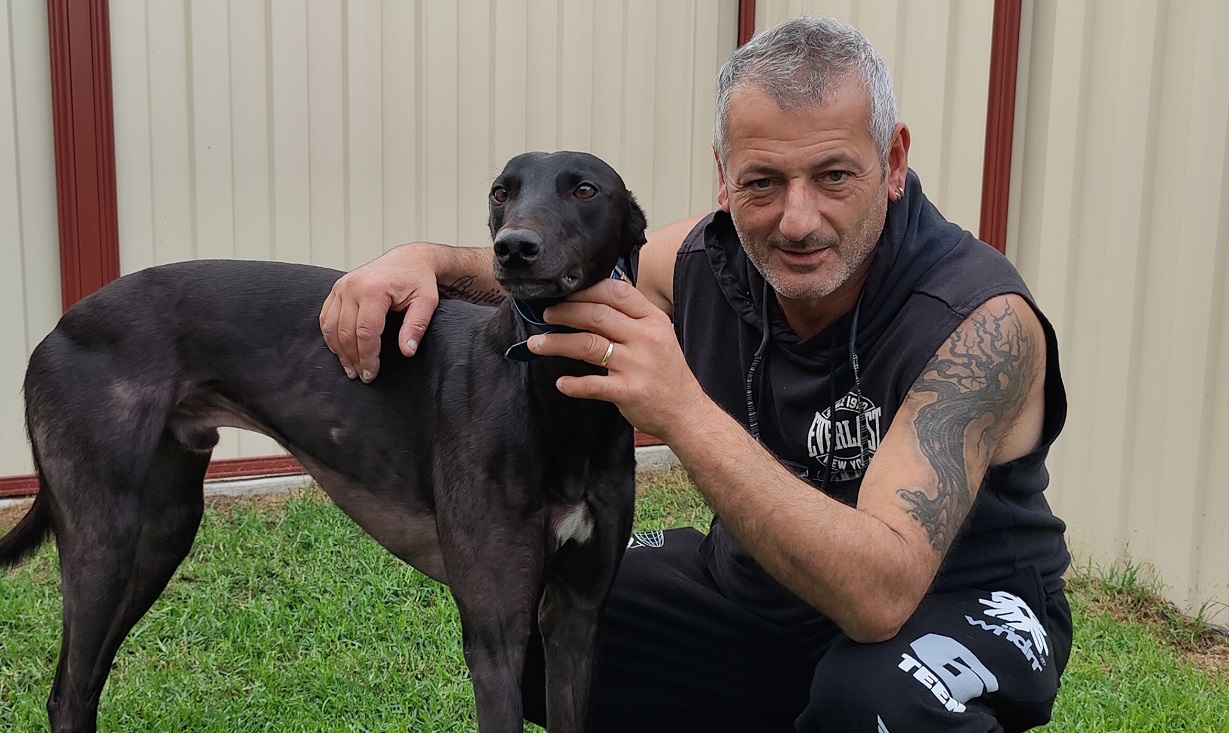 TRAINER Mario Briganti was delighted in his brilliant pup Big Opal Rocks’ victory in his Million Dollar Chase Prelude, but conceded the box draw for Friday night’s semi-final has left him a difficult task to qualify for the final.

Making his Wentworth Park debut, Big Opal Rocks began well from box two to burrow through to the lead around the first turn and record a 29.64 victory, the fastest time on Prelude night.

It was his first victory since his 29.02 romp leading into the recent Launching Pad series at Sandown Park. He suffered a heavy fall in the heats of the series, and while physically fine, the mental impact was evident in his next start and prompting a tilt at a Sydney campaign.

While the fast time was expected – he’d trialled 29.50 in the week leading up to the series – it was the manner of the win that most impressed Briganti.

“If you look at his last run at Sandown he pulled out of it (at the first turn) but not that it was the dog’s fault he had a massive fall the week before.

It was a last-minute decision to bring Big Opal Rocks up to Sydney for the @tabcomau #MillionDollarChase, and it paid off for Mario Briganti, who was very pleased after the young dog's win earlier this evening…#thedogs #MDC #wentypark pic.twitter.com/5a7zw799tH

“So even going into it (the Prelude), even though he had trialled good going into it, we were still like, ‘what is he going to do in a full field.’ But it was pleasing to see what he done. There was plenty of time to pull out, there was a lot of pressure on him, but he just shoved them out of the way.

“Unfortunately he hasn’t drawn well this week, but oh well, hopefully he’s good enough to overcome it. I’m sure his ability will get him a long way, but box six is never good – even in a maiden – let alone a group race.”

Briganti is undecided on Big Opal Rocks’ target beyond the Million Dollar Chase. The Harrison-Dawson at Sandown Park in May was a consideration but has ruled out a Brisbane campaign in June.

A step up in distance may be a possibility in the future, but the most likely mid-term target is the second Million Dollar Chase series later in 2022.

Whichever way he goes, Briganti has no doubt the experience gained by the 22 month old against the best greyhounds in the country will help make him a better dog in the long term.

“This experience has been bit of a learning curve for him. A bit of travelling, a different track. I’m a huge believer that after an interstate trip they come back better dogs – especially for the younger dogs – it makes them.

“He’s a special dog, just a lack of speed early is a worry. He’s going to get further – we know that – but I don’t want to push to that staying type of dog because he’s a bit too brilliant. I’m not saying he wouldn’t stay – he probably would – but I think he might be a bit too brilliant to stay if he found the front straight away.

“I know there’s another Million Dollar race coming up, but I really haven’t looked at the calendar to be honest. I’m just worried about this week and the week after, and put him in good stead for when he goes back in a couple of months’ time.”