Brilliant Bhodi All The Rage For Puppy Classic 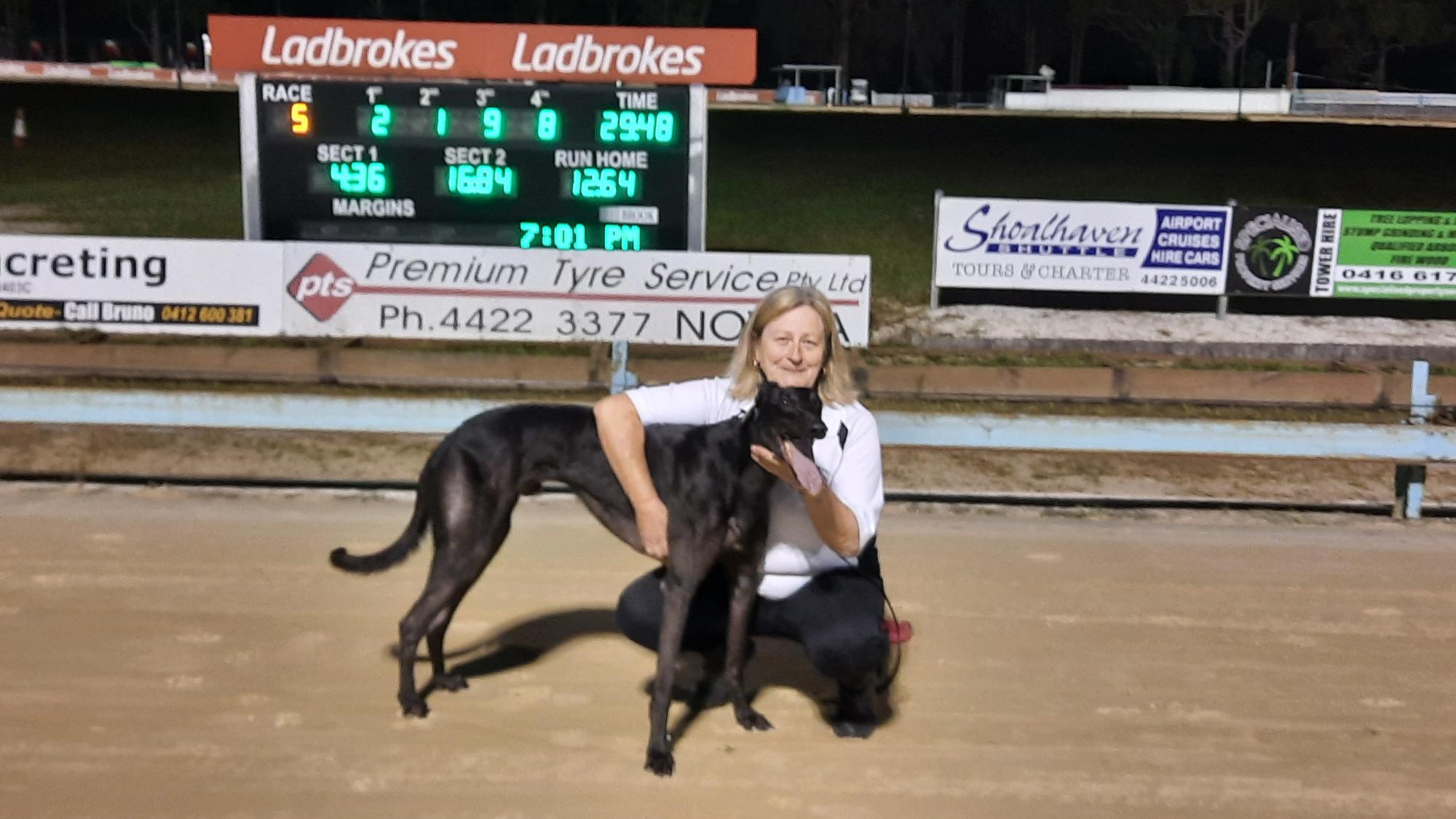 But trainer Rob Camilleri’s confidence was tempered slightly at the box draw when drawing box five for the $40,000-to-the-winner decider.

Winner at six of his 13 appearances, Rio Bhodi was purchased by Camilleri for a tidy five figure sum from previous owners Wayne and John Boreland after the son of Bernardo launched his career with two eye-catching seconds for trainer Jason Thompson.

“We took a bit of a punt buying him but if he happens to win Saturday night then he’s returned his purchase price and then some,” Camilleri said.

“When we bought him we always thought he’d take 25 or so starts to come into his own and I know Jason (Thompson) felt the same. He’s still very raw and immature but he’s got a big engine when he gets moving, especially through that second section.

There were a few upsets in the @ladbrokescomau Nowra Puppy Classic Heats tonight, with top fancies Zipping Novak and French Martini unplaced…

Rio Bhodi clocked the quickest win of the night in 29.48. Who's your tip in the final next Saturday?

“At the moment he’s like a V8 engine running on just six cylinders.”

Rio Bhodi, without the benefit of a look at the Nowra circuit, landed the opening heat of the Puppy Classic in a fast 29.48, backing up from a Sandown Park appearance on the Thursday when never out of bother finishing sixth.

“At this stage he’s desperate for the inside so drawing the two at Nowra was really important to his chances,” Camilleri said.

“Because of his immaturity he can bomb the start but the more racing he has I think the better he’ll get. He’s repaid the faith we put him in to buy him and I reckon towards the end of this year we’ll have a really nice dog.

“But he’ll need to be. I can’t remember seeing a better crop of young dogs around then what there is at the moment. He might have bobbed up at the wrong time!”

Despite drawing box five in Saturday night’s rich decider, Rio Bhodi will start a piping hot favourite, where he’ll be out to extend Camilleri and partner Deb Coleman’s great recent success in the race.

Two years ago the combination struck gold with Zipping Leroy in the race while last year Overflow Lisa ran a monstrous race to go down by less than a length to Bandit Ned.

“It’s a race we’ve tried to target the past few years with Deb’s family ties in the area,” Camilleri said.

“Hopefully this bloke does everything right from the five and if he does it looks his race to lose. We travelled him up with old Slingshot Hammer and it worked a treat because he settled great.

“He was bouncing around on Tuesday morning and is feeling great so it’s all going to plan for Saturday.”

With a number of well fancied series chances failing to qualify for the final, Rio Bhodi does stand head and shoulders above his opposition in qualifying times.

The only other finalist to break 30 seconds was the Neville Brown-trained Sombrero which finished runner-up to Rio Bhodi.

Brown qualified a second finalist when My Mate Kate defeated Flighty Fernando in 30.13 in heat two while heat three saw Cumbria Days score for Steve Fitch over Spring Gonzales in 30.34.

The final heat was won by Venetian Fury which defeated Lady Luck Ethics in 30.13.

Camilleri heaped praise on the Nowra Club for elevating the stakes from $25,000 to $40,000 for this year’s final winner.

“NSW greyhound racing is going ahead in leaps and bounds and this is further proof of that,” he said.

“Some of the new races and initiatives are a breath of fresh air.”