BARGO trainer Neville Brown reckons he "was due" to win the Group 3 Ladbrokes Nowra Puppy Classic (520m) after two decades of trying. 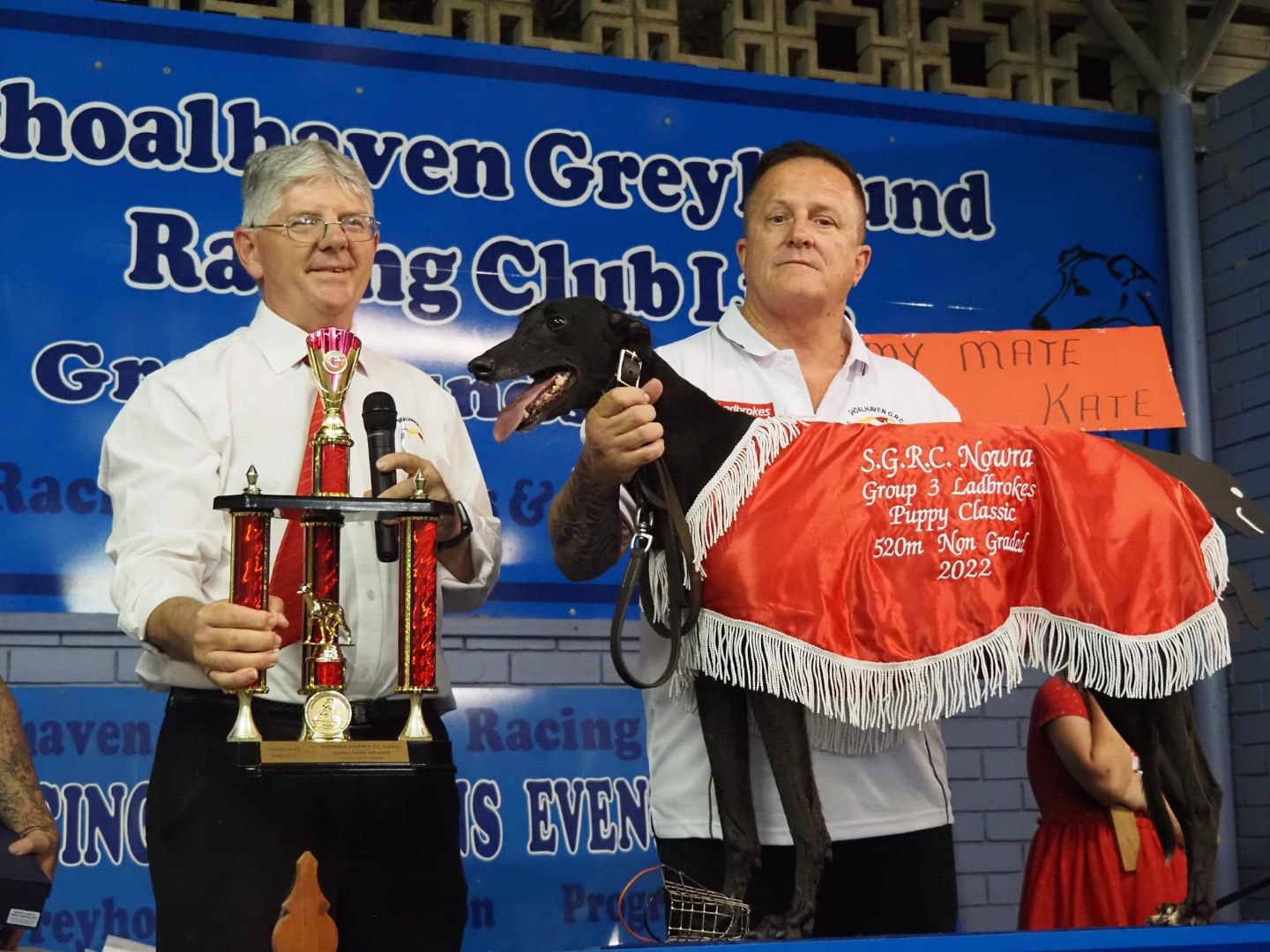 He’s been trying to win it for the past 20 years.

Nev did just that on Saturday night when My Mate Kate (Mepunga Blazer-Katie The Weapon) led throughout to score in 29.96 by half-a-length over Flighty Fernando with a length and a quarter to Cumbria Days in third.

“I got up that morning with two of the hottest favourites to win Group finals,” said Nev. “I sent a mate off to Nowra with Tuiaki and I took Swift Fancy to Richmond.

She won in 29.96 from late-charging Flighty Fernando and Cumbria Days in 3rd.

“Swift Fancy had nine-tenths on the rest of the field after the heats.

“Swift Fancy cracked a wrist and finished fifth behind Bogie Brave. He had to retire to stud after just one more start.

“And, Tuiaki copped more checks than a bank teller and finished fourth behind Tasman Boy.”

Tuiaki went on to win 23 races during his career and would also have a stud career.

Nev was confident of success with My Mate Kate if she could lead.

“I thought the favourite, Rio Bhodi, was a certainty if he began, but he didn’t and when my bitch led, she was always going to be hard to run down,” he said.

Nev has been breeding from the damline for three generations buying granddam Joy The Weapon (Talk’s Cheap-Shireen’s Habit) a half sister to Tuiaki.

He bred Katie The Weapon (Swift Fancy-Joy The Weapon), winner of seven races but a Group class stayer at Wentworth Park, and put her to Mepunga Blazer.

“All the litter can run but it was obvious very early on that they needed time which I was happy to give them,” said Nev. “That’s why I have raced them sparingly until they turned two.”

Nev plans to head My Mate Kate and litter sister Aim For Aria to the Group 3 Ladies Bracelet series coming up at Wentworth Park.

“Both of them had a post to post at Wentworth Park when they were babies,” said Nev. “But the fact it is an age restricted series is in their favour.”

Litter brother Sombrero was also in the Puppy Classic final on Saturday night but pulled up with a wrist strain and will have time off.

But, litter brother War Weapon heads to the semis of the Million Dollar Chase.

Nev believes My Mate Kate might develop into a stayer in the future.

“Of course you never know until you try them,” he said.