TRAINER Robert Howard will decide in the next 24 hours whether his rising star Clock Off contests next Monday night’s Maitland Gold Cup heats. 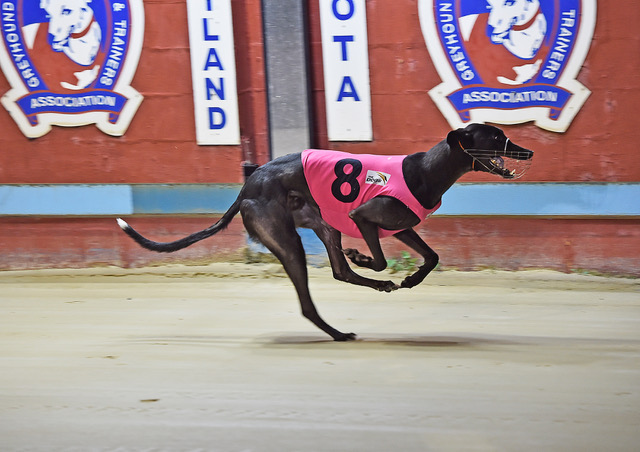 TRAINER Robert Howard will decide in the next 24 hours whether his rising star Clock Off contests next Monday night’s Group 2 Maitland Gold Cup (450m) heats.

It was a decision that became front of mind after the hugely talented son of Ando’s Mac returned to racing with a mesmerising 24.91 victory over the 450m journey on Monday night, win five of his blossoming nine start career.

Adding to the performance was the just turned two-year-old’s record-like sectionals, carving out 7.63 early before posting an unheard of 17.99 second split, understood to be the first greyhound to break the 18 second barrier.

“It’s more likely than unlikely we’ll push ahead to the Cup heats next Monday,” Howard told the Greyhound Recorder.

“He’s pulled up great from the run last night and will be a lot better for it. He was a run short going into it and up a bit in weight and still ran that time with those sections.

“He’ll only be better for the run. He’s a very good young dog but still has a lot to learn. He’s still very raw.”

Following his Maitland Cup exploits the prodigious talent was sold to Victorian interests where he went on to forge a hugely successful career under the care of Jason Thompson, including victory in the Group 1 Melbourne Cup.

And with each of Clock Off’s three Maitland 450 metre victories coming in sub-25 second fashion, Howard is confident that his budding young star can test the state’s best one-turn sprinters.

“I’ve never had a dog that can run the times this dog can,” Howard said.

“Chevy Prince won 25 races for us and ran 24.83 at Maitland but Clock Off is quicker than him without doubt.

“It’s funny, when he was a pup he was the laziest bugger you’d see. He’d just watch the other pups working up and down in the yards and lay there.

“I didn’t hold a lot of hope for him to be honest but when I started educating him he was just a natural, had a great action.

“The first time I put a clock on him I knew he was above average.

“Whatever happens in the Maitland Cup it will be a good experience for him.

“He’s a bit like a young footballer, he needs that time against the big boys to learn what it’s all about. It should really mature him.”

Meanwhile, Monday night’s free-for-all was annexed by the Joe Comito-trained Hold Me Up in 25.04.

Going around at monster odds, the talented son of Fernando Bale earned himself a Maitland Cup tilt with the all-the-way win, downing Zipping Lopez and Our Mechanic by a length.