Burnett Back In Limelight With Winning Treble

A winning treble at Sandown Park on Sunday has trainer David Burnett optimistic that his fledging kennel will enjoy a resurgence in 2022. 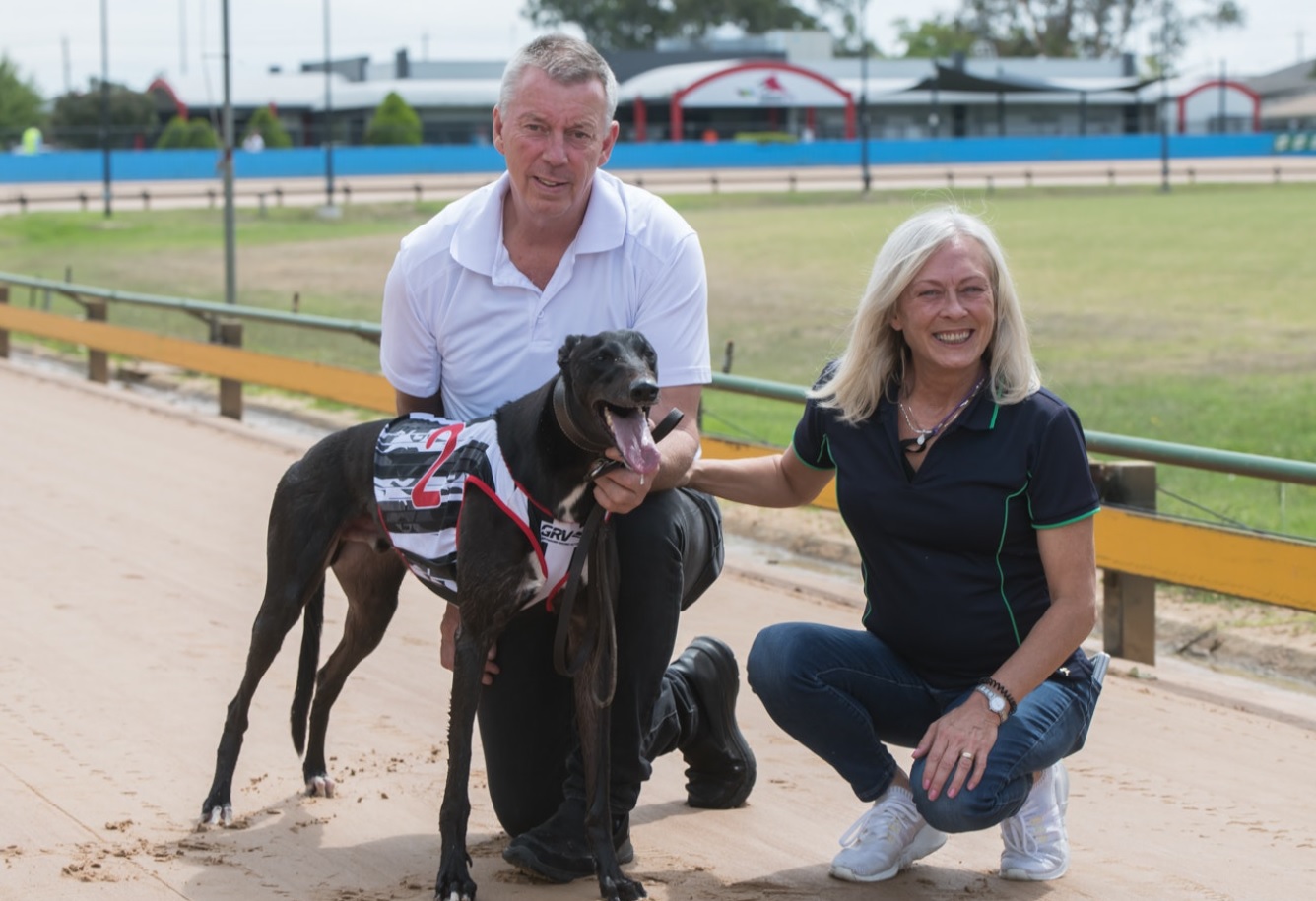 A winning treble at Sandown Park on Sunday has trainer David Burnett optimistic that his kennel will enjoy a resurgence in 2022.

Boo Boo Billy won his maiden in the second race on the card by over eight lengths in 29.52, and litter brother Noah Charles made it three wins from as many starts in race four.

However it was Harley Ryder that Burnett was most impressed with.

“He broke in as well as any dog – including Simon Told Helen – but that was over 300m at Manning’s,” he said.

“You hope from that they go on with in it, so I’m still in that hope phase.”

After an impressive maiden victory in September 2021, Harley Ryder’s poor box manners saw him placed just once in his next five starts prompting Burnett to send the son of Aston Dee Bee off for re-education.

The decision proved a wise one. Resuming from a three-month break with an all of the way victory at Horsham, he returned to Sandown to carve out a 5.06 first split on the way to his victory on Sunday. Interestingly, his win again coincided with another eye-catching performance.

“But he went well. He’s going to need four or five 500s to see what he’s capable of – he’s certainly got room for improvement in him. Just the time off, it was his first 500 for three months so he’ll be better for it.”

Burnett said that while Noah Charles ‘ran his time’, he was optimistic that Boo Boo Billy will also improve with racing.

“He broke in reasonably well but I’ve always had bit of an opinion of him,” Burnett said.

“I took him back to Sandown over 515m and he went 29.93 and thought at least he’s going to run 500. He found six lengths from that on Sunday and he’s certainly got a lot more improvement.

Burnett experienced the sport’s biggest honour with four-time group 1 winner and 2019/20 Australian Greyhound of the Year Simon Told Helen however upon Simon Told Helen’s retirement in January 2021, Burnett has had a much leaner time on the track and Burnett admits he had questioned his future in the sport.

The kennel has since found form having won seven of 14 starters since and he is confident that run of form can continue through 2022 with the upcoming Launching Pad series the short term aim.

“From day dot you’re looking for a dog to win a group race – I equate it with (AFL team) Hawthorn at the moment,” Burnett said.

“I started barracking for Hawthorn in 1966 when we were on the bottom of the ladder and were getting a kicking. We got to the top and had a terrific run and I would never take anything back, but now we’re back down the bottom trying to rebuild and I wonder if I’ll ever see another premiership.

“It’s the same with dogs. To achieve your goal in life – I trained an Australian Greyhound of the Year – what more can you want?

“When he (Simon Told Helen) finished last year and you get into winter and you’ve got pups that are grade 5 country class, you wonder what do you get back from there?

“Then the young pups start coming through and it turns your thought pattern around and it’s easier to get out of bed.”

Harley Ryder and Noah Charles will take on boom sprinter Amron Boy in a Mixed 6/7 final at Sandown on Thursday night (race 3).