DUSTY Bourbski’s surge into Launching Pad contention may have come as a surprise to many, but not to part owner Jason Lyne. 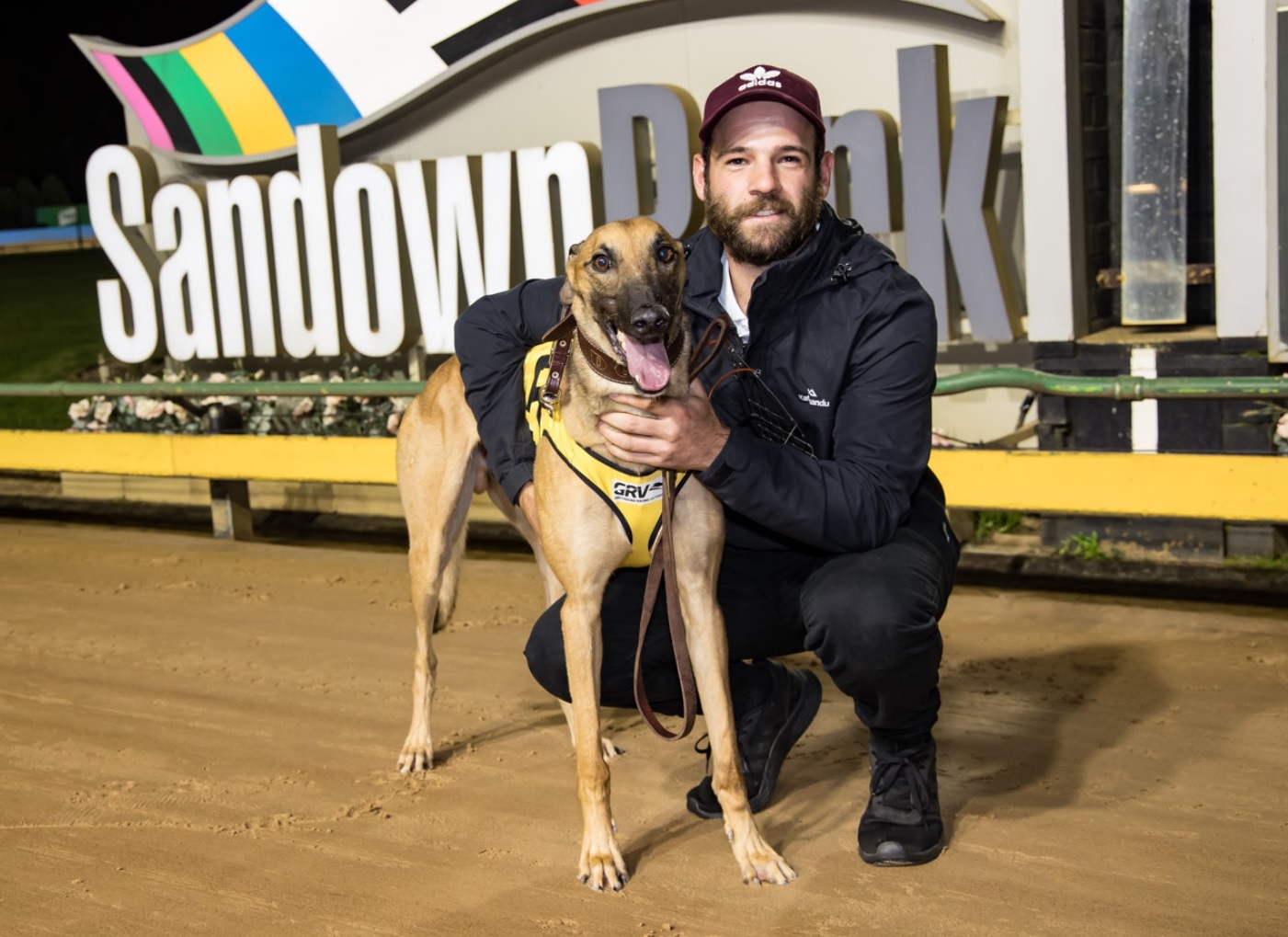 DUSTY Bourbski’s surge into Launching Pad contention may have come as a surprise to many, but not to part owner Jason Lyne.

Despite entering the three-week slot race series on the back of an all-of-the-way 29.45 win – his third in 10 career starts – Dusty Bourbski was as much as $151 in all-in betting ahead of the heats.

Regardless of the result of Thursday night’s $220,000 final, the series has been a good one for Lyne who has been on at every stage of the series.

“It’s a bit of fun, it’s been an awesome ride and hopefully it continues, but win lose or draw, we’re just proud to be there.”

Dusty Bourbski was bred by and is part owned by Lyne’s good friend Ross Davidson and the product of Allen Deed and their group 1 winning stayer Bourbski Fever showed ability from break in.

From a line renown for producing strong, come from behind types, Dusty Bourbski’s biggest strength has been his early speed.

“It’s not something Ross and I are used to, we’re used to coming from behind in races. It’s a bit different for us having a dog up on the speed early.

“We always knew he’d be a handy dog. He’d broken in as good as some of the other dogs that have been pretty handy for us so we always knew he’d win races, you just don’t know how much improvement they’ve got in them until we send them down to the Daillys.

Dusty Bourbski is FLYING at the moment!

He wins the second semi-final in a brilliant 29.23 and advances through to the final 🔥 pic.twitter.com/Q2MkrSkRy5

“His first start at The Meadows he had the one box, he began well but just ran off the track. Then he went to Geelong, hadn’t been there, just jumped three in front and went 25.80 odd and has just been consistent since.

“He’s really taken a liking to Sandown. He hadn’t been there when he was beaten first up and ran a place, but with the benefit of that run he’s gone to another level.”

While the prize money – and punt – has been lucrative thus far, Lyne is most excited by what reaching the Launching Pad final means for his pup. The Launching Pad has become a proven form reference for the country’s best young dogs and that bodes well for Dusty Bourbski’s future, especially given he’s still a month shy of his second birthday.

An outstanding display of consistent speed!

Lyne would normally make the trip to Sandown Park for the final but will instead be embarking on a trek in central Australia on Friday morning, a trip he’d booked three years ago. Even though he has over 100kms walking ahead of him, he’ll still find time to celebrate a win.

“I looked at everything, but I can’t get to Alice Springs in time to start the walk.

“I’ll probably be watching from the casino in Alice Springs. If he happens to win it could be a long day, day one of the trek!”