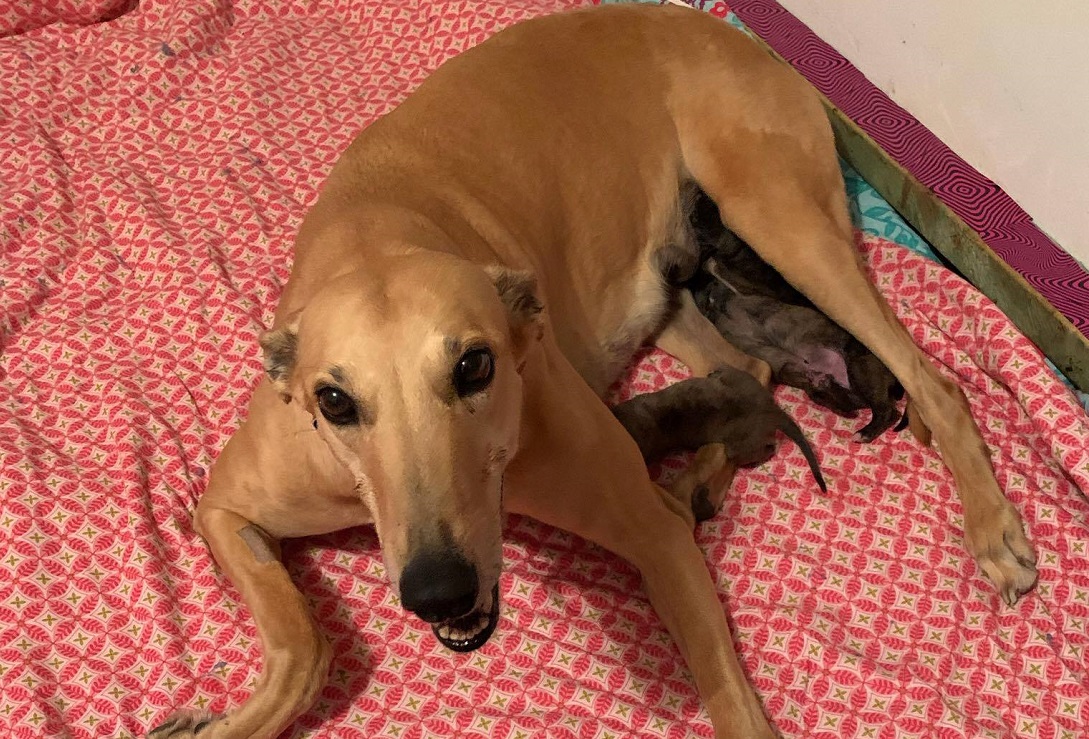 An eight-time winner during her racing career, Solar Pak, a daughter of the hugely influential Tifi, was a more than handy racer for trainer Chris O’Brien and owner Barry Ward.

But it’s been in the breeding barn where she has left an everlasting legacy, producing countless top class performers, headlined by champion brothers Feral Franky and Good Odds Harada.

“We hoped she had a few years left in her but it wasn’t to be. It’s hard to put into words what she’s been able to achieve and what she leaves behind.”

But while the generational brood has now passed away, the indelible mark she has left behind will carry on through her offspring.

“She has a litter to Kinloch Brae which are just over 12 months old and she’s also got two pups to Zambora Brockie which are three months of age,” Ward said.

“She’s given us so many great memories but I think the night Good Odds Harada won the Million Dollar Chase stands out above the rest. That was a really proud moment to have bred the winner of the world’s richest race.”

With Feral Franky and Good Odds Harada doing their thing at stud, daughters of Solar Pak are beginning to create a big impression in the breeding barn also.

“And there’s other daughters with pups on the ground which are showing plenty of promise as well,” Ward said.

“She’s going to be sadly missed but she’s left behind a huge footprint on the sport. I couldn’t be prouder.”