Chatter The Talk Of Cranbourne Cup

A rejuvenated Graeme Jose is daring to dream of a fairy tale victory with Lots Of Chatter in Saturday night’s G2 RAM Security Cranbourne Cup final. 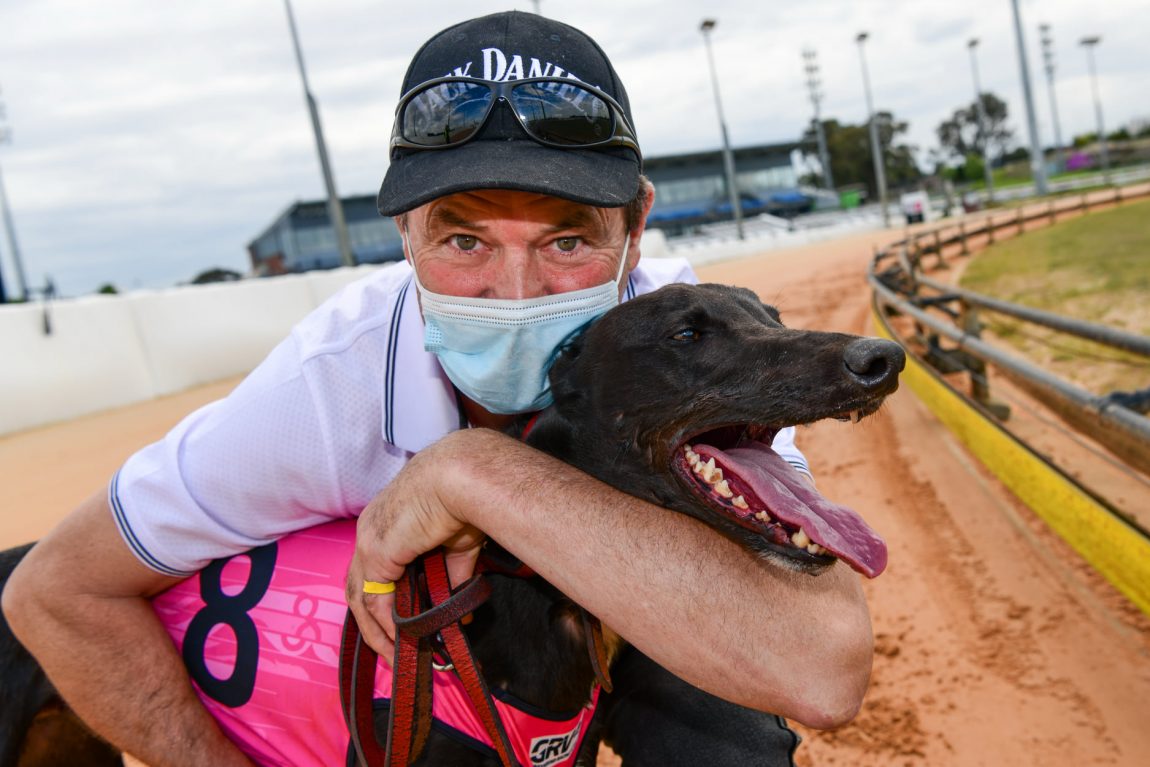 Jose, who prepares a boutique team at Catani, has remarkably qualified both Lots Of Chatter (Box 3) and Aston Shine (box 5) for back-to-back country cups, after the in-form pair also contested the G2 Bendigo Cup final.

Lots Of Chatter, the winner of 31 from 85 and three of his last four, ran a gallant second to the brilliant Paua Of Buddy at Bendigo, while Aston Shine, which has won 14 from 51 and four of his last five, ran fourth.

At $5, Lots Of Chatter is well-fancied in TAB’s Cranbourne Cup market, while Aston Shine is a $41 outsider.

A son of Fernando Bale, Lots Of Chatter is in the unique position of contesting a second Cranbourne Cup final in 2021 due a change in the feature race calendar, having run fourth to Jax Bale in the ‘first’ final in February.

“I’m not going into this Cup with any expectations,” said Jose.

“In the last (Cranbourne) Cup, Lots Of Chatter drew ‘the red’ and I was quietly confident he could win. He was running second but got dragged down just before the home corner and ran fourth.”

Lots Of Chatter has played a major role in resurrecting Jose’s training career after a turbulent four-year period in his personal life.

The multiple G1-winning trainer of former superstar stayer Mantra Lad contemplated walking away from greyhound racing, having endured the death of his wife and battled depression.

Grand veteran LOTS OF CHATTER continues his quest for an elusive Group victory.

As such, it would “mean the world” to Jose to claim a Group trophy with the evergreen sprinter who’s helped reignite his passion for the sport.

“Even though I’ve won a couple of G1s and got pretty emotional about it, it would be ten times worse with this dog. Just because he means so much to me.

“I trained his mother (Alotta Luck) and got the opportunity to pick him out as a pup. He’s like one of my kids and it’s just a huge thrill to see him racing in the best form of his life at three-and-a-half years of age.”

Another key pillar in Jose’s return to the limelight is leviathan owner/breeder Ray Borda, who races Aston Shine, which is also by the great Fernando Bale.

“I think the box will probably bring Aston Shine undone, but to be honest, if their boxes were reversed I believe this dog could win the race.

“He got turned sideways at Bendigo, so it was really a top fourth and I’m over the moon to get him through to another cup final.”

Jose’s decision to take Lots Of Chatter and Aston Shine to Healesville in the build-up to the Bendigo Cup, with the aim of sharpening their box manners, has proven to be a masterstroke.

“It’s a little trick we’ve used and to be honest, I took them back to Healesville on Tuesday to give them a jump-out over 300m,” Jose explained.

“We’ll stick with what’s worked before. Lots Of Chatter needs to begin as well as he ever has, because when the two (Fernando Mick) jumps, it gets straight off the track.

“Hopefully he’ll come out humming and if I can get to the first corner in front of the two I’ll be cheering so loudly inside.”

While Lots Of Chatter is in the twilight of his career, Jose is confident he may have unearthed the heir apparent in rising star Gold Skulltula, a son of Ritza Lenny that’s won seven of his 18 starts, his last three in succession.

“I took him to Warrnambool for Warrnambool to The Meadows heats, he’d never seen the joint and he went 25.09sec, beating Peter Presutto’s dog Dynamic Prince, which had won 5 from 7.

“I wouldn’t normally do it with a young dog, but if he was to win the final at The Meadows on Monday night and run time, I’d seriously think about running him in the Melbourne Cup preludes on Thursday week.”