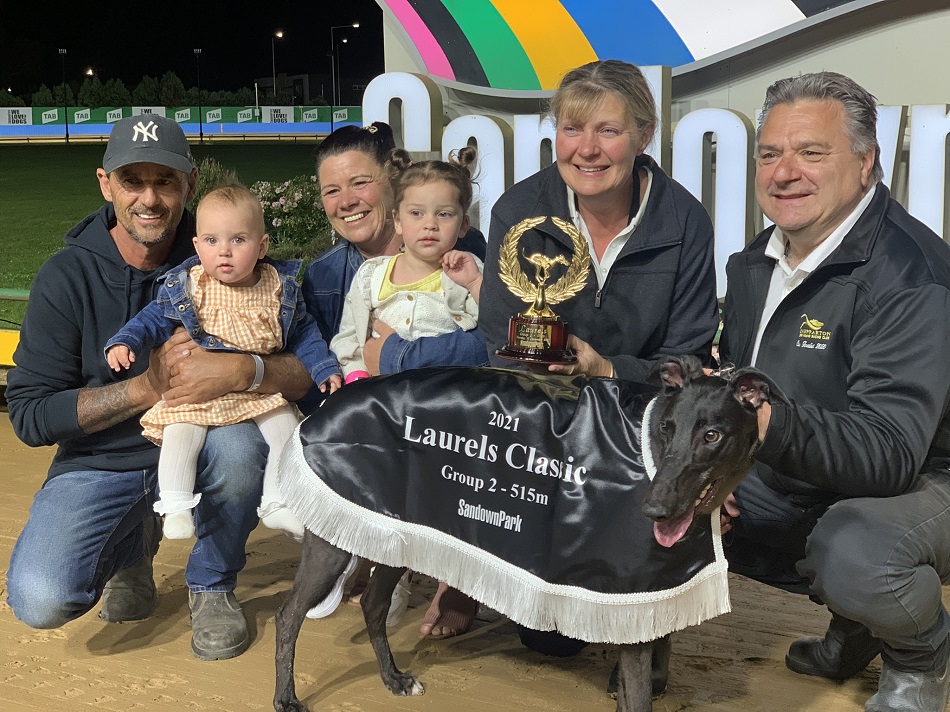 The victory was a classic example of the importance of early speed, particularly at the elite level of the sport.

After Loxton Bale and Caroline came together, Idolize was able to find the rail and dictate terms as she established a two-length lead down the back.

Loxton Bale and Gracie Bale began closing the gap approaching the final turn but with the lamp lighter in their sights, came together as Idolize rolled of the fence, the interference enough for her to hold on and claim the $50,000 winner’s cheque by 1.25 lengths in 29.55.

Idolize has done it!

A brilliant start-to-finish performance and she takes home the G2 Laurels for Peter Presutto and family 👏 pic.twitter.com/dypc76kXY8

Amazingly, Idolize is the first greyhound to win the Laurels from box eight since 1992 when To Perfection won for John Westerlo.

For Presutto, it was his first win at group level and enjoyed the moment with owner/breeder and good friend Michelle Nolan and their families trackside.

Also enjoying a maiden group victory was sire My Redeemer.

The 2019 Melbourne Cup winner continues his rapid rise up the sire rankings and will look to round out his first season with another group race win next Thursday night with Unsee This claiming a heat of the Queensland Derby.

It has been won by some of the sport’s brightest stars over its 57 year history, with Hall of Famers Cheltenham Lass, Winifred Bale, Sandi’s Me Mum and Paua To Burn just some of the names appearing on the honour roll.