ROD Clark is optimistic My Name’s Stacey can provide him with back-to back victories in the Group 3 Northern Districts Cup (450m) on Saturday night. 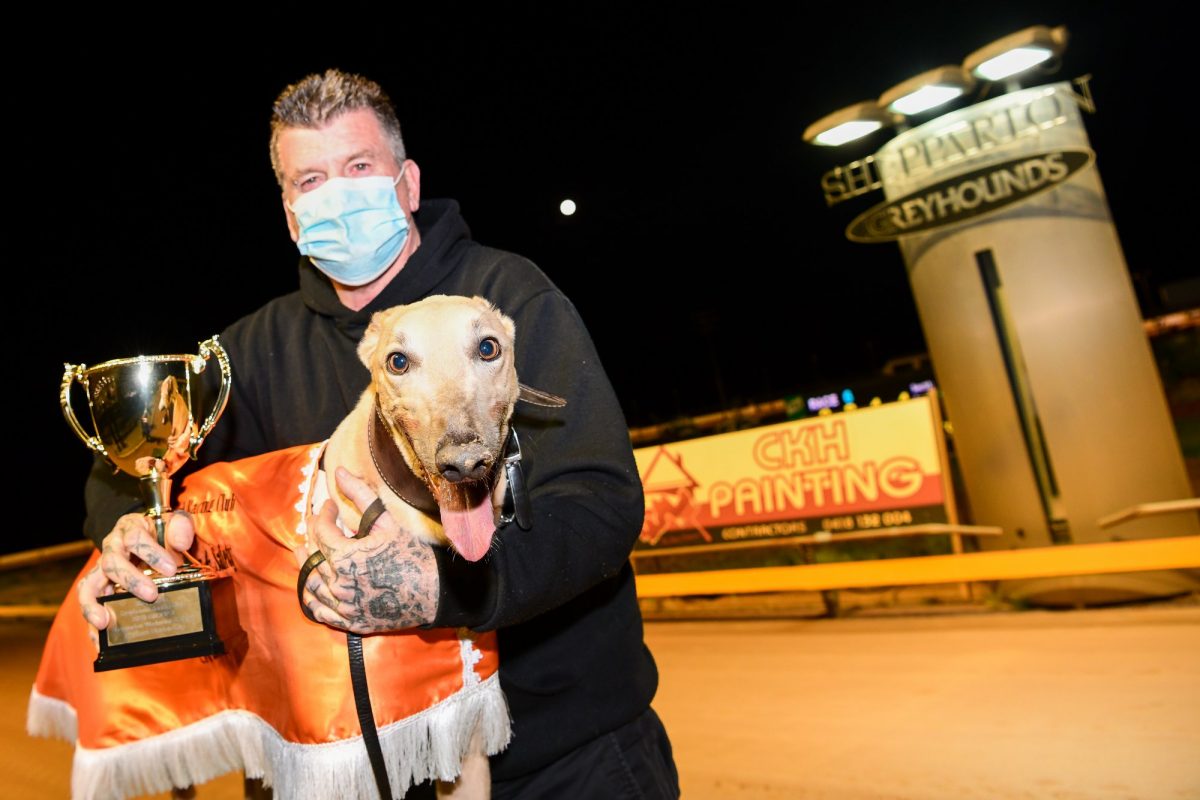 Echuca trainer Rod Clark is optimistic lightly-raced youngster My Name’s Stacey can provide him with back-to back victories in the Group 3 Shepparton Workwear and Safety Northern Districts Cup (450m) on Saturday night.

Clark won the race in 2020 with Sonny Daze and this weekend will always hold special memories as his other Group success came in the 2011 G2 (at the time) Hume Cup with Shintaro Samurai.

My Name’s Stacey has come a long way in a very short time.

After running second on debut at Shepparton on September 16, the February 2020 daughter of Beast Unleashed has reeled off five straight wins, leading all-the-way on each occasion, at Horsham (2), Shepparton (2) and Bendigo.

“It would be nice to repeat the dose but she’s still very young and still learning,” said Clark, who now calls Shepparton his home track after relocating to Echuca six months ago.

“She’s giving away age and experience unfortunately and that might be her downfall but when these races are on you’ve got to have a crack at them.

“We were in two minds about putting her in this series but one of the conditions is they’ve got to have two starts at Shepparton, which takes some of the opposition away.

“She’d had a couple of starts there and I pre-trained her at Shepparton, it’s my local track now, so that’s the reason we put her in.”

In addition to two starts at Shepparton, the $25,000 to-the-winner Cup is for Victorian-bred sprinters with no city wins and less than $25,000 in prizemoney.

My Name’s Stacey started $1.50 from Box 1 in the first of five heats held on Monday night, where she defeated Glenn Rounds’ G3 Great Chase finalist Reloaded ($3.80) in 25.24sec.

“She missed the start slightly in her heat but mustered quickly,” said Clark.

“She wouldn’t want to do that again on Saturday. She needs to bounce beautifully.

“She’ll go in a little bit fresher and everything will be heading to the fence, so she mightn’t be drawn too badly.

“Glenn Rounds’ dog (Reloaded) missed the start in the heat and it was a huge run to pull a heap of ground off us. There’s some goodies in the race but I think it’s very even and My Name’s Stacey is in with some sort of a chance.”

Clark explained that My Name’s Stacey was bred in somewhat unusual circumstances by owner Alan Ferguson, who also bred her sire Beast Unleashed, the winner of 10 from 15, highlighted by the 2018 G2 Launching Pad.

“She was beautifully bred, she came from the Surf Queen line, and another friend of ours, Tony Duncan, had a straw to Barcia Bale, so they bred a litter and got nine pups, five black and four coloured.

“Alan took the black ones and sent one back to the person who’d given him the mother and you wouldn’t believe it, that pup turned out to be Beast Unleashed!

“So Alan had to buy the straw back to breed this litter!

“I’ve used Beast Unleashed with Oriental Amber’s mother (Oriental Jewel) and I’ve got a really nice coming one through. Another mate of mine, Greg Berry, has another nice dog in the final by Beast Unleashed called Zigzag Cabang.”