THERE is no separating the Langton and Geall kennels in the lead-up to Friday night's highly anticipated Group 1 Melbourne Cup at Sandown Park. 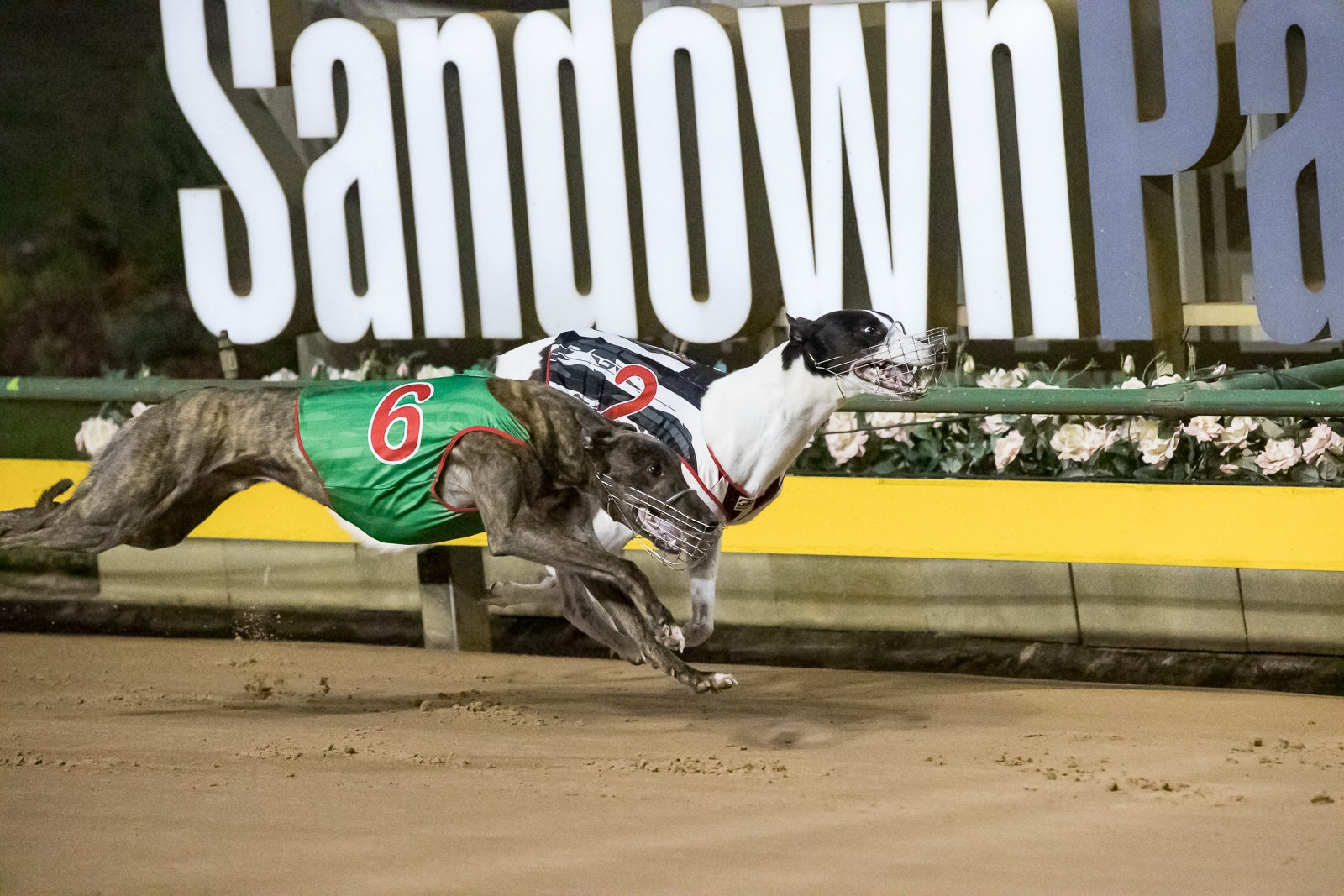 THERE is no separating the Langton and Geall kennels in the lead-up to Friday night’s Group 1 Melbourne Cup (515m) at Sandown Park.

Angela Langton’s Jepera dead-heated with David Geall’s Koblenz in a heat of the Cup last Friday and they go into this week’s rich finale, worth $500,000 to-the-winner, drawn beside each other in two and three.

Angela, her partner Jeff Britton, along with David and Rose Geall, were all at the Melbourne Cup box draw on Sunday before the good friends went to lunch together.

On Tuesday, Angela is heading to the Geall property to film a Cup segment for GRV.

On Wednesday night, Angela, Jeff, David and Rose will be at the Lara Sporting Club for their weekly dinner catch-up.

Koblenz and Jepara cross the line with absolutely nothing between them!

Dead-heat in Heat 1 of the Cup pic.twitter.com/OY3FvC3Y28

“Come Friday night we might have to sit at the other end of the table from each other,” joked David Geall.

The Gealls have already won a Melbourne Cup with My Redeemer whose half-sister Up Hill Jill is the mother of Koblenz.

Angela finished a close second with Western Envoy in the Melbourne Cup won by Whiskey Riot.

She is resigned to “enjoying the week” of being in a Melbourne Cup final but says the box draw means Jepara will need a huge amount of luck to go his way to win.

“The box draw has really made the Cup an open race,” Angela Langton said.

“Aussie Secret has drawn the rails and he could cause all sorts of problems because he likes to use the track.

“Our hope is that we miss Aussie Secret and get straight onto the fence early.

“Aussie Secret is a reliable beginner so there could be plenty of trouble early in the final. Which probably brings the outside dogs into the race.”

Jepara is on the comeback trail after being out of action for a couple of months recently with an injured triangle muscle.

David Geall is putting his faith in Koblenz’s brilliant box manners to give him a second Melbourne Cup triumph.

“He ran 5.05 to the first mark in the Cup heat and he can go much quicker, like a length and a half to two lengths quicker,” said David.

“I’m hoping he can do that in the final. He’s had three days off after the heat and will gallop Tuesday and Wednesday and that will do him.

The TAB Melbourne Cup takes place this Friday at @sandowndogs.

Who's camp are you in? 🤔 pic.twitter.com/E8FVy4qnmJ

Geall says he has had an approach about Koblenz filling a spot in the upcoming The Phoenix at The Meadows in December.

“We’ve been sounded out but no negotiations have been made,” Geall said.

“I suppose the Melbourne Cup will sort out all of that.”

Geall is also well aware of the presence of the wide running Aussie Secret in the rails draw.

“Everyone is saying he is badly boxed, but if you actually look at his record, he has a good record off the red,” he said.

Geall is an Aston Rupee fan and well aware he is the one to beat in the final.

“He’s the fastest dog in the country and if he is a couple of lengths off the lead in the back straight he will be too strong.”

Geall has a “big” Friday looming with Ferdinand Boy running in the Group 3 Devonport Chase. The club will run a twilight race meeting.

“We will fly him over on Wednesday to Nathan and Sue Gittus who will handle him for the final,” said David.

“He is a quirky dog and was off his game a little in the heat.

“But Sue is very confident he can bounce back in the final.”

Ferdinand Boy has already won the Shepparton, Ballarat and Healesville Cups among his 32 race wins.