COMEBACK trainer Cole Sherwood will not hear of his highly promising Running Express being beaten in the Ipswich Derby on Saturday night. 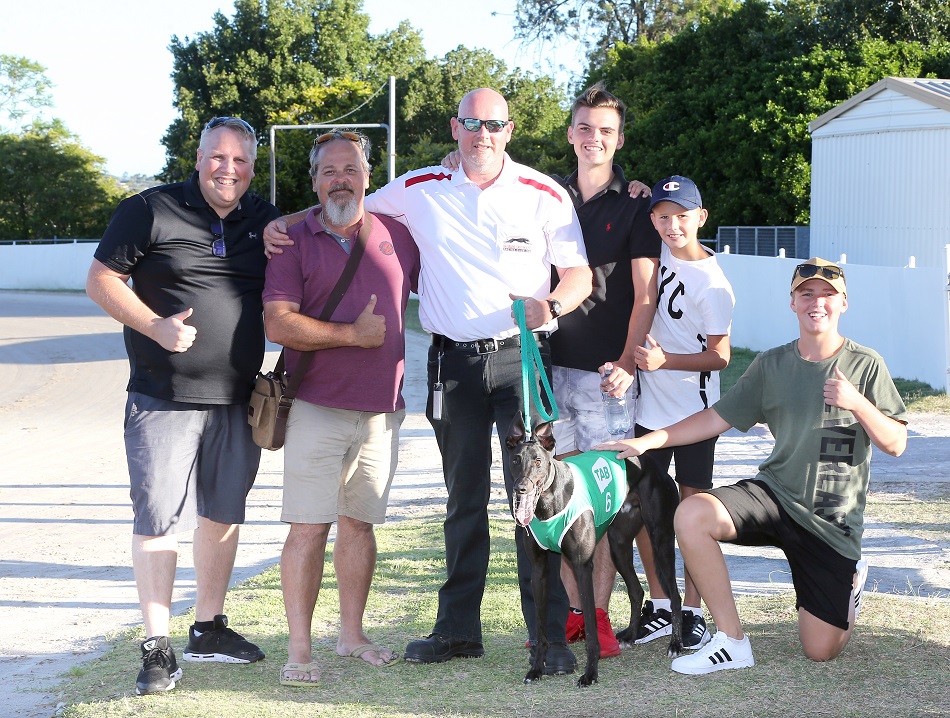 COMEBACK trainer Cole Sherwood will not hear of his highly promising youngster Running Express being beaten in the Ipswich Derby Final (520m) on Saturday night.

Cole was out of training for some years but he and some mates bought Running Express as a pup on the training comeback trail and the son of Rippin’ Sam has already won six, earned $23,000, won a feature final and been in several others.

And when he drew the coveted rails for the Ipswich Derby final, it gave Cole and his owners confidence.

“It’s perfect for him,” Cole said. “He will get a good clear run to the first turn and if he is close enough from then on, I don’t think anything can hold him off.

“The two dog (Strategise) comes out good, but he will not come over early to bother our bloke. He should go straight to the first turn.”

Asked the danger to Running Express in the Derby final, Cole said: “I don’t think anything can beat him.

“But if I had to name one I feel could trouble him it is Showdown. He could lead from out in the seven but if we can get a sit on him, Running Express can run him down.”

Sherwood reported Running Express had pulled up with cramps in both hind legs after chasing home Strategise in their heat of the Derby last week.

“We’ve worked on that all week,” he said. “He was coming off a run up Capalaba before the Derby heat so he will be fitter and stronger for this.”

Plans for Running Express after the Derby include a tilt at the Capalaba Cup and then long-term the Group 2 Queensland Derby at Albion Park.

“The Capalaba Cup will be tough with Ryan Ayre’s good straight dog (Bogie Fury) going so well up there at the moment,” Cole said.

“But in the future Running Express will stay which I’m looking forward to,” Cole added. “Consider what he could do with even more maturity. He has only just turned two years old.

“He’s still learning and getting more confident with every run.”

She has drawn box four in the final.