KAYLA Coleman doesn’t remember much in the moments after Tachycardic stormed into the final of Saturday night’s Ladbrokes Golden Easter Egg. 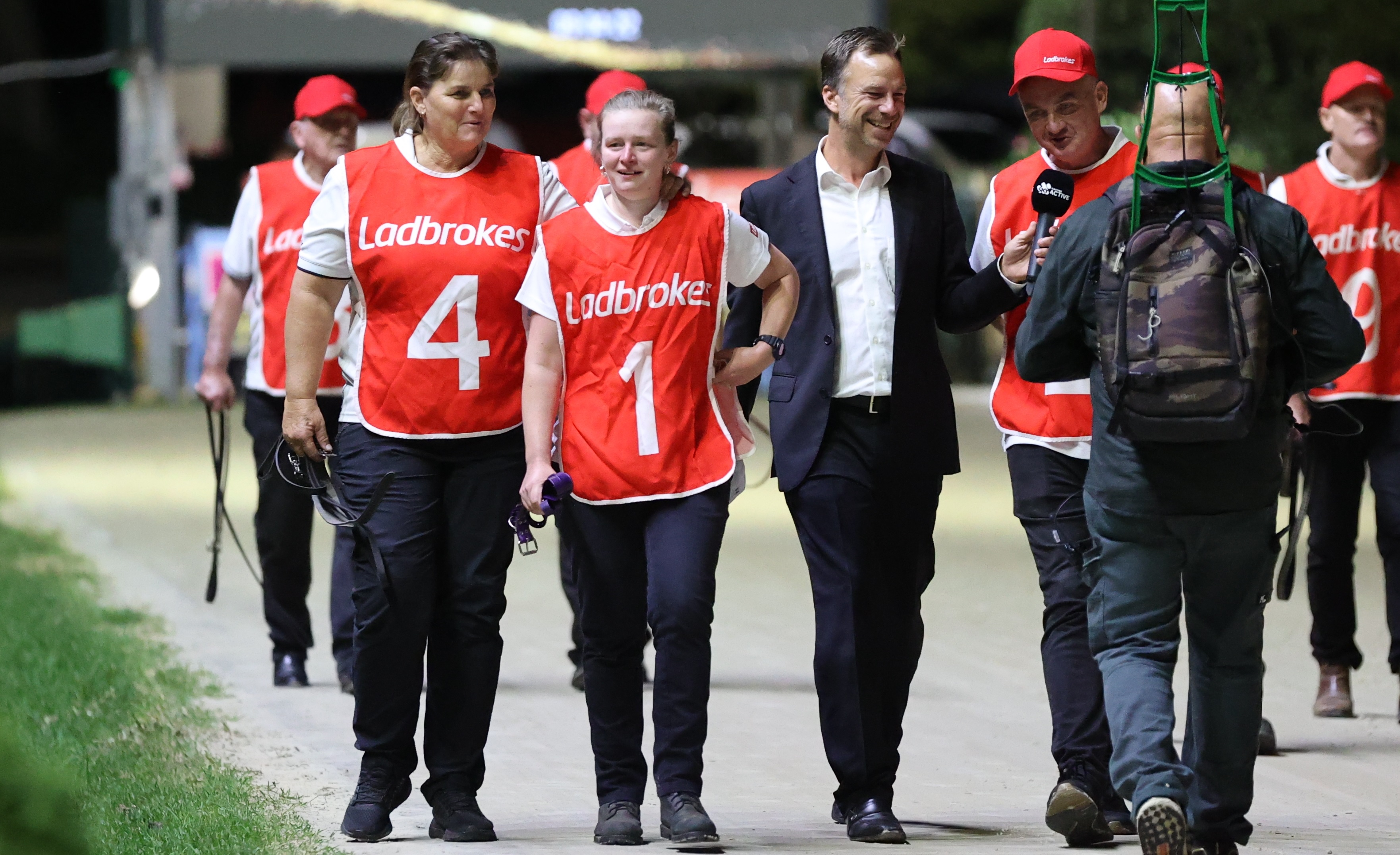 KAYLA Coleman doesn’t remember much in the moments after Tachycardic stormed into the final of Saturday night’s Ladbrokes Golden Easter Egg at Wentworth Park.

One of the outsiders of the field – and the series – Tachycardic had drawn against the favourite She’s A Pearl in the last of four semi-finals and was given little hope by punters of causing an upset, despite drawing box one.

Coleman felt the same, but for her the race wasn’t so much about winning – second place would be enough to qualify for the $250,000-to-the-winner final.

As expected, She’s A Pearl landed in front and quickly established a race winning gap. Not that Coleman knew.

“I wasn’t watching She’s A Pearl,” she said.

“I know she won by six or seven lengths but she could have won by 20, I wasn’t paying attention – I had to come second.

“Down the back I was two lengths in front of the third placed dog and I thought ‘just say there’. I saw the three and realised it was Frank Hurst’s dog (Ties That Bind) and I started double guessing everything – is my dog strong, is my dog faster, what does that dog do, is she faster, is she stronger – all these things going through my mind.

“Around the corner I was a bit deflated because I thought the three got in front of him. I was a little bit flat, to get that far and just not qualify would be disappointing. But then halfway down the straight he kicked back and on the line he was a neck in front.

“I just screamed ‘Go Franklin!’ at the top of my lungs – my throat was killing afterwards – and I really don’t remember anything after that. I was like, ‘holy shit this is actually happening.’ Everything was just a blur. It was pretty cool.”

It's Tachycardic all the way in Ladbrokes #GoldenEasterEgg Heat 8 at Wentworth Park Greyhounds in 29.90!

Zippy Tesla and Wicked Flash were 2nd & 3rd – with Zipping Kyrgios 4th, in danger of missing out on a semis berth.

Coleman is no stranger to success in the Golden Easter Egg. As a kennel hand for Steve White, she caught Paua To Burn after her 2005 victory and was on handling duties for Andrea Dailly when Grigorieva Bale saluted in 2013.

In 2022, she’ll be there again but this time handling a greyhound that represents years of hard work and determination in a sport that she has dedicated her life to. 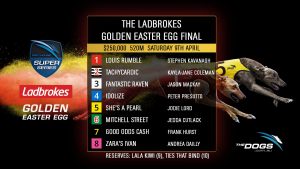 Coleman bred Tachycardic – the third generation from her first purchase, Forgetful Lucy, in 2007 – and has been with him every step of the way, from whelping to one of the biggest nights on the Australian greyhound racing calendar.

The Golden Easter Egg will be Coleman’s seventh attempt at group 1 glory, having previously reached finals with Where Art Thou, Cardiology, Ouzo and Tachycardic – all greyhounds she had bred.

And while realistic about her chances of landing one of Australian greyhound racing’s ‘majors’, Coleman knows ‘Franklin’ will give his all, and is determined to enjoy the experience with those closest to her – husband Shaun and son, Kash.

“He’s not as fast as the two bitches (She’s A Pearl and Idolize), but he’s underrated and he’s made it on merit,” Coleman said.

“It’s not like he’s taken a dog off and made somebody unlucky, he’s just gone under the radar. He’s always up there – his early days he never used to jump and was strong, and his future was over 600 and 700 metres, but since he’s come back from an injury he’s shown more pace so if he can hold a spot close to the rails, who knows.

“I’m a longshot, but I don’t want to say he’s no chance. At the end of the day, he’s there and anything can happen. Sometimes 29.90 can win a final.

“In any case I’m going to try and enjoy it and take it all in.”