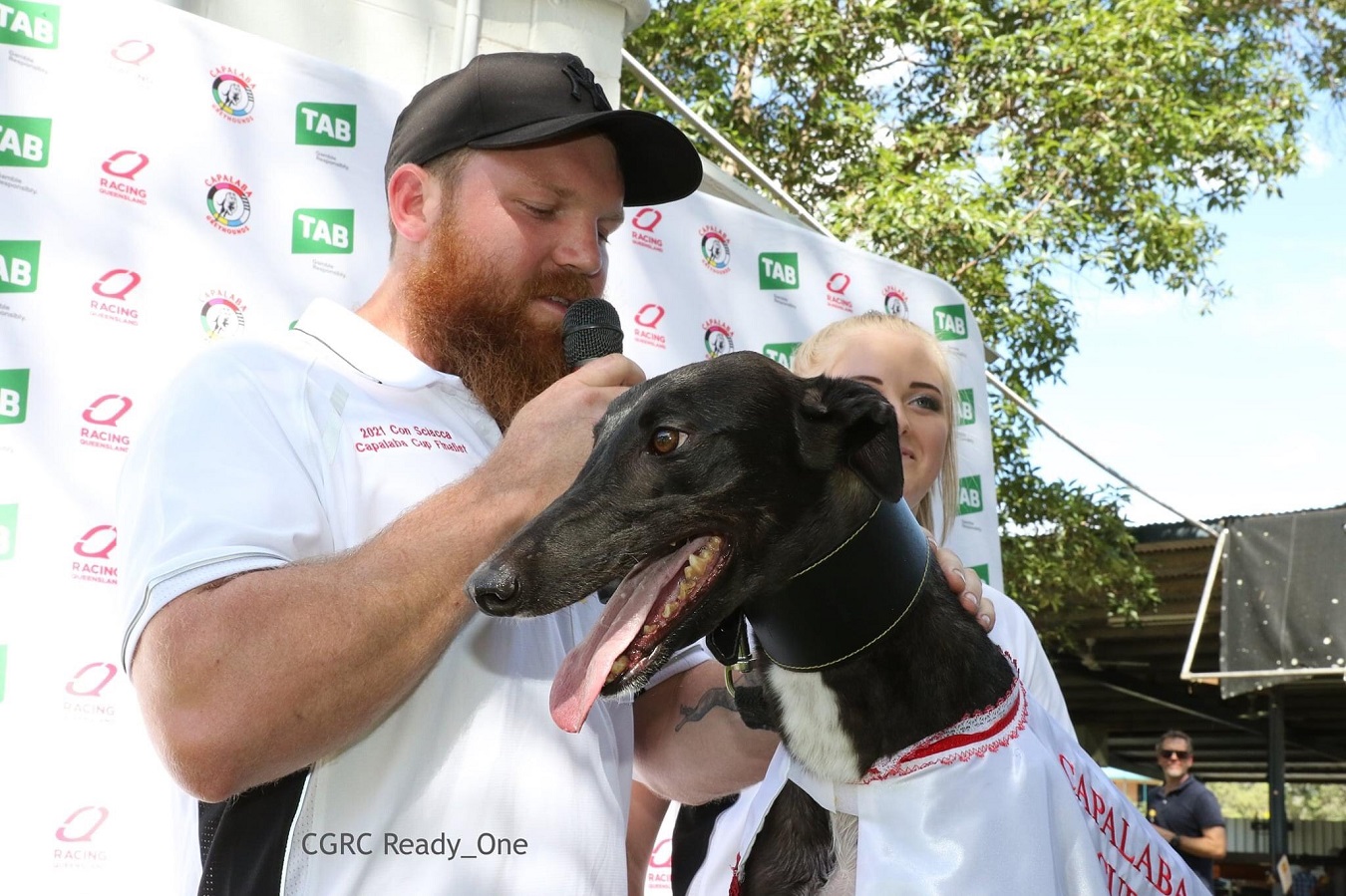 The final three races on the Capalaba program had to be abandoned when a snake was spotted in and under the starting boxes.

All efforts by club officials to catch and remove the snake went fruitless and it was decided to abandon those later races.

But Columbian King (Dyna Double One-Paul’s Memory) had already given former Darwin-based Jamie Hosking his biggest success to date when winning the final in 19.55 as the $1.75 favourite.

He scored by three and a half lengths over Bogie Fury with Ando’s Reject in third a quarter of a length away. 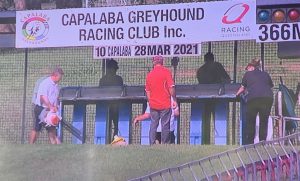 “Unbelievable,” said Hocking not only of the Cup victory  but the drama with the snake at the boxes.

Hosking said Columbian King had always shown huge ability from education but had quickly developed a habit of finding plenty of trouble in his circle races.

“We thought so much of him we put him in the Vince Curry Maiden series at Ipswich,” he said.

“But if he couldn’t get to the front early, he would simply wipe out dogs around him.

“We had to switch him to Capalaba to sort out his problems.

“Who would have realised he would be so good up there. He’s become a real star there.”

That is even underestimating the dog’s value as a straight tracker.

His Capalaba Cup victory has added to wins in the Straight Track Championship, Capalaba Derby, Grand Prix and Capelbourne Cup.

Hosking will now give his kennel star a break.

“He developed a bit of a back muscle problem late last year and he’s had five starts since then for five wins so he’s deserved a break,” said Jamie.

Hosking described the Cup win as his biggest victory. He moved to south-east Queensland from Darwin three years ago and now has 100 dogs on his property, 12 in training and 10 youngsters being prepared for racing careers.

“It was a massive thrill to win today,” he said.

Training great Kevin Ellis landed the Bob Vernon Maiden final with boom youngster Impact (Fabregas-Velocity Willow) in 19.72 coming from back off the pace to down Finglas and Daysea’s Jimmy.