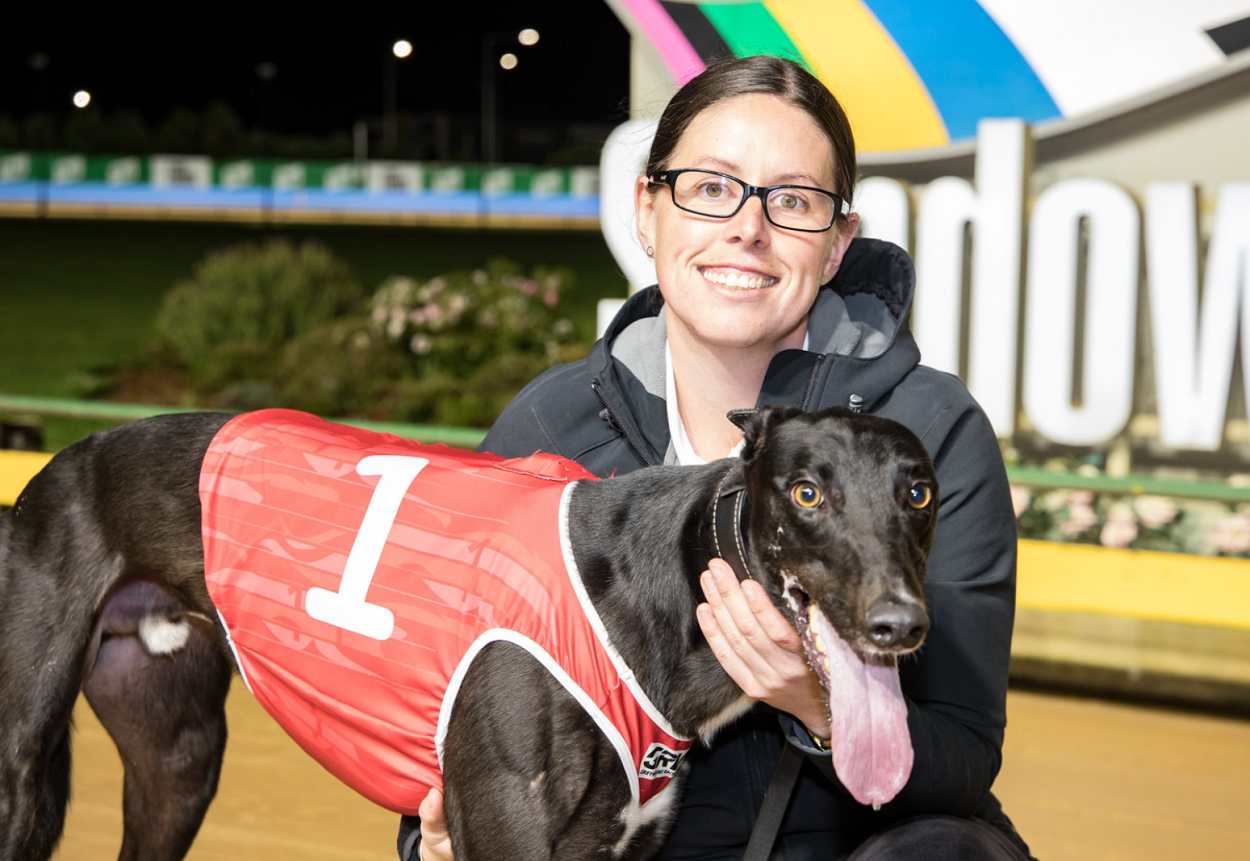 Bred in conjunction with good friend Amanda Tullio, Compliance is rated a $5 chance with TAB after drawing box two in his heat of the group 1 classic.

“He’s always been at home with us,” said Pitt.

“It’s that little bit more special when you have them since they were a baby, you watch them grow up and then watch them win – it makes it all the more rewarding and worthwhile.”

Compliance won on debut at Shepparton in a slick 25.03 before finding trouble second up.

“He started off with a bang, really hit the ground running,” Pitt said.

“But at his second start he got it all wrong. He cut across real hard and knocked himself out of the race. He’s quite a shy dog and is only just working out his racing, but he’s coming along nicely.”

Compliance enters the Silver Chief with three consecutive wins – including a 30.01 effort at The Meadows – leading all of the way in each.

While Pitt is confident Compliance can improve his time at The Meadows, she was cautious about his chances in what is one of the tougher heats of the series.

“There’s quite a bit of speed in the race so a lack of race experience might cost him if he has dogs pressuring him early,” Pitt added.

“I’d like to see what he does if he has to work through dogs because he’s really yet to prove himself coming from behind.

“He is strong so I do think he’ll hit the line strong, but to be a chance I think he needs to show his best early section to hold out some of the speed dogs around him.”

Compliance is one of two Silver Chief contenders for Pitt with Came And Went also taking his place in the heats.

“Troy Murray sent him over to us for this race, he’s had it in mind for a while,” Pitt continued.

“He’s settled in really well. We’ve given him a few trials but we’ve taken our time with him.”

Came And Went made his Victorian debut at The Meadows last Wednesday, settling second behind leader and eventual winner Titan Blazer before fading to run fifth.

“I wasn’t too disappointed in the run. He’s a speed dog and just couldn’t quite get around the leader and he’s not overly strong so it was going to be an uphill battle for him,” she added.

“I think if he finds the front you’ll see a different dog so hopefully he can show his natural early speed and can get him out in front.”

Came And Went will jump from box three in the penultimate heat on Wednesday night.