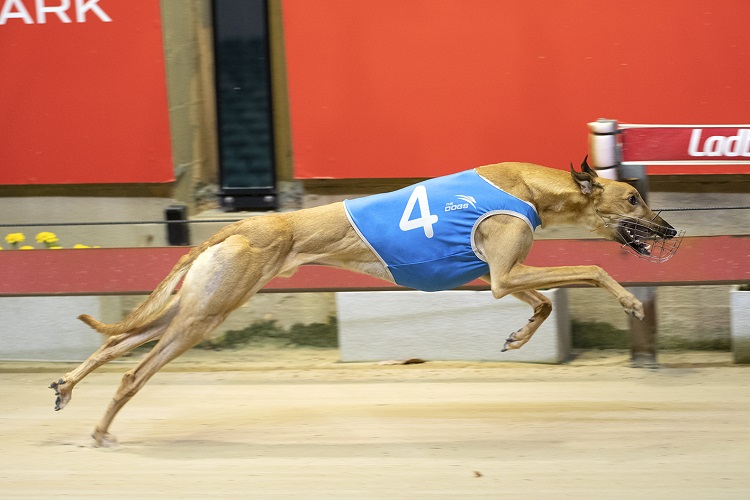 GRAFTON speed star Copperhead Rogue has established himself one of the quickest country gallopers about.

On Monday night, the son of Sulzanti-Dixie Trick broke the long-standing first section record when he won a 407m top grade for owner Shannon Scott and leading trainer Steve Keep.

He ran an 8.22 first section which eclipsed the previous first mark record held by Werinsky of 8.22.

This followed the dog’s Grafton track record of 17.09 for the 305m at his previous start.

So good is Copperhead Rogue that Keep and his partner Shannon have his dam Dixie Trick ready to whelp on Saturday for breeder Ian Dickenson.

The bitch is heavily in pup to boom young sire Zambora Brockie and Dickenson says some will be for sale at weaning.

Keep is not frightened to move Copperhead Rogue around tracks.

“He’s already won in sub 16-seconds as well as winning a Free For All at Wenty and is a quick winner at Maitland,” said Keep who has dominated the Grafton trainers’ premiership in recent times.

“Not sure what the plans are for the dog from here, but while he’s racing like this we will take on the world.

“It’s a pity the Tweed Galaxy is not about.”