GROUP 1 racing will head to the central coast for the first time with GRNSW shifting the Vic Peters Classic and Peter Mosman to Gosford. 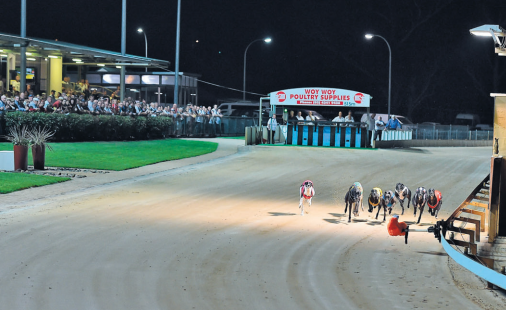 GROUP 1 racing will head to the central coast for the first time with Greyhound Racing NSW (GRNSW) announcing both the Vic Peters Classic and Peter Mosman Opal have been shifted to Gosford.

On Saturday morning, GRNSW announced that the time-honoured events had been moved from Wentworth Park to Gosford as a result of the City of Sydney’s escalating Covid crisis.

“Due the uncertainty which exists around the current lockdown in the City Of Sydney area, GRNSW has decided that in the best interests of the industry, it will move the Group 1 Vic Peters Classic, and the Group 1 Peter Mosman Opal, away from Wentworth Park, and run both events at the Gosford track,” a GRNSW statement read.

“Heats of both age classic events will be run next Saturday, July 3, with the $75,000 finals also to be run at Gosford on the following Saturday, July 10.

“GRNSW has decided to make an early decision, and announcement, so that participants have clarity, and the opportunity should they wish to trial their greyhounds at Gosford prior to next Saturday’s heats.”

“With the City Of Sydney region put into lockdown yesterday until at least 11.59pm on Friday, July 2, GRNSW considered it was prudent to act now, rather than draw the fields for Wentworth Park, and possibly risk losing that meeting on the eve of the raceday, should the lockdown be extended,” the statement read.

“GRNSW believes the move to Gosford for the feature events was the best choice in terms of like-for-like racing venues.

“Nominations for Saturday’s meeting at Gosford which will feature heats of the time-honoured Vic Peters and Peter Mosman Opal, close at 9am on Wednesday, June 30.

“Trials will be held at Gosford on Monday from 8am, Tuesday after the last race at the club’s race meeting, and Wednesday evening from 5pm.”