FERDINAND Boy added another feature race to his remarkable resume with a gutsy win in the Pink Diamond Champion Sprinter final at Ballarat tonight. 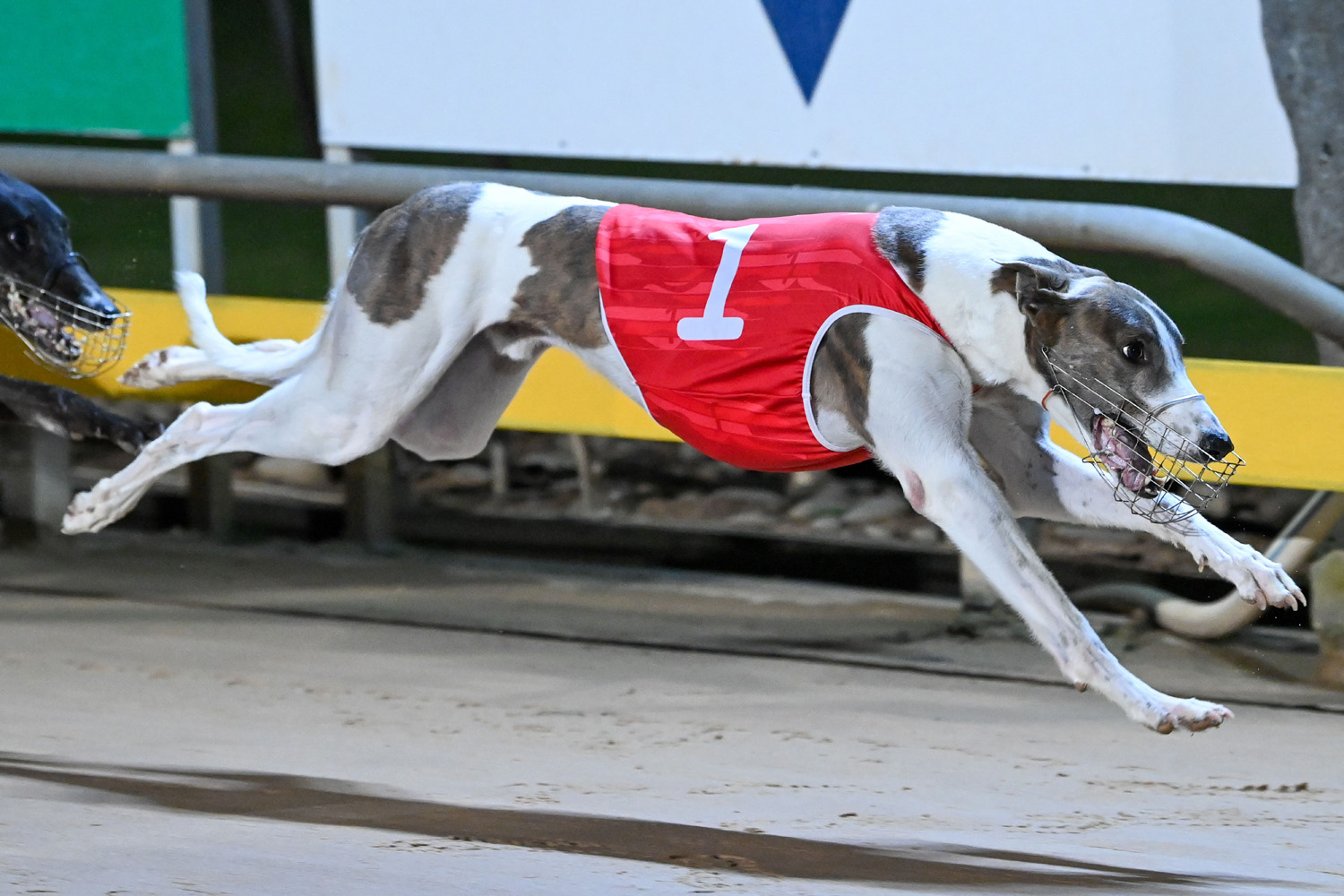 FERDINAND Boy added another feature race to his remarkable resume with a gutsy win in the Pink Diamond Champion Sprinter final at Ballarat tonight.

Despite stepping only fairly from box one, the four-time country cup winner showed tremendous acceleration to power and assume the lead through the first turn.

Panama Canal worked through the field from box six to apply pressure as they turned for home, however Ferdinand Boy was too good, landing the $75,000 first prize by a length in 1.3 lengths in 25.10.

With trainer David Geall holidaying in the UK, it was left to his brother Jeff to enjoy the moment.

In what proved a classic 3-way battle it was the mighty FERDINAND BOY (1) – bred, owned & trained in Lara by the Geall family – who got the job done defeating REVOLUTION (5) & PANAMA CANAL (6) in tonight’s much-anticipated $126,500 GRV VicBred #PinkDiamond Champion Sprinter Final pic.twitter.com/DjVQqF0JnK

“He leaves us speechless, he just keeps doing it,” he told Sky Racing’s Jason Adams.

“It doesn’t matter the competition – the elite, the best, he beats the best and I suppose he is the best.”

The win was Ferdinand Boy’s 48th of his career and eighth on the spin. Including the $50,000 bonus for winning three country cups in a calendar year, he has now won over $539,000 – a remarkable figure for a greyhound with just one city start to his name.

“It’s surreal really, to have him in the kennels. He’s probably racing in the best form of his career, a dog coming up to 50 wins – most greyhounds don’t race 50 starts. Dave and (wife) Rose are over there in the UK at the moment, probably in tears cos this dog just breaks your heart, he’s just a beautiful animal.”

Earlier in the night, Silver Brute claimed the Champion Short Course final in a 21.71 for Gary Peach. The son of Melbourne Cup winner Aston Dee Bee was backed from $4 into $2.80 and gave those that jumped on an easy watch, winning by 3.5 lengths in 21.706.

Silver Brute is a member of a phenomenal litter that has now won 62 races from 120 starts across the eight pups to race, combining to win more $254,000.

The Champion Distance event was taken out by Aston Velvet for Michelle Mallia. Favourite was the highly rated stayer Collinda Patty but she was unable to cross from box 6, allowing Greysnd Shock to take the lead.

Aston Velvet found the fence through the first turn and railing to the lead down the back and proving the superior stayer, winning in 37.99.