TWO veteran greyhound men combined to land a $20 winner in sizzling time when Curator won at Sandown Park in a fast 29.30 on Sunday. 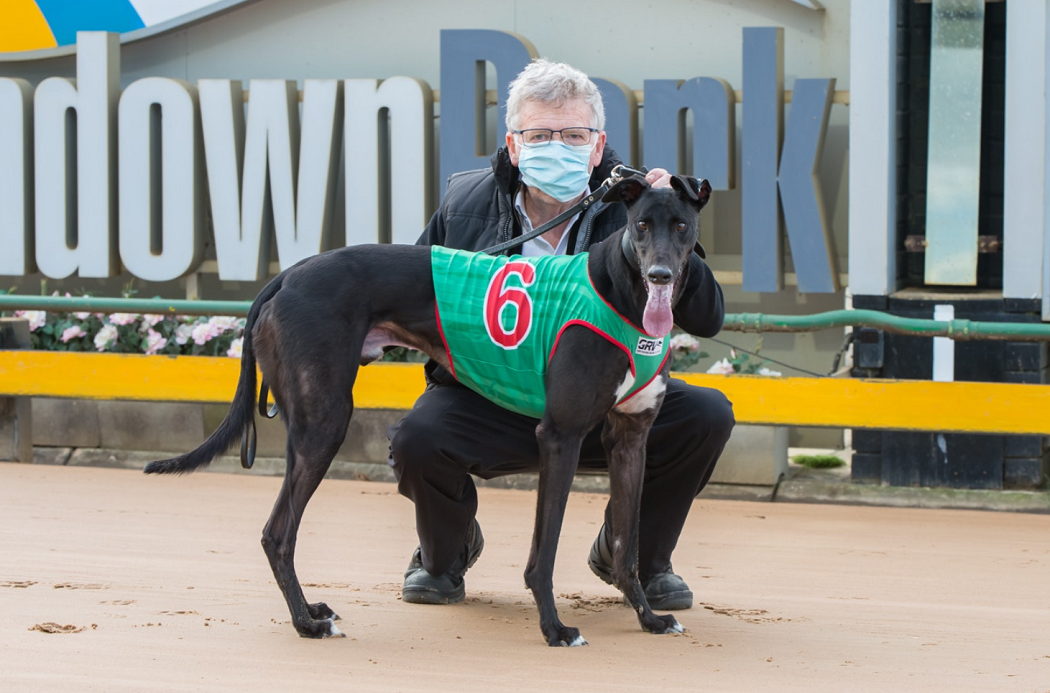 TWO veteran dog men combined to land a $20 winner in slick time when Curator scored at Sandown Park in sparkling 29.30 on Sunday.

Curator (Mepunga Blazer-Gold Vein) scored by 11 lengths leading all the way for NSW owner-trainer Robert Le Sueur who, with Covid restrictions on in Victoria, sent the dog to legend dog man Darryl Holmes to handle for the race.

“Yes, he surprised both Darryl and I,” Robert said.

Curator now goes into the graded final at Sandown on Thursday night and Robert is expecting clearance from GRV to transfer the dog to Holmes for the race and the next few weeks.

Robert bred the litter from his former smart race bitch Gold Vein (Djays Octane-Pah Leeze) the winner of nine races and $47,000 which was a finalist in the Group 1 Sale Cup.

“And Curator has lots of promise but he is a work in progress.”

Gold Vein only recently whelped a litter of six by Bernardo. Darryl Holmes whelps the litters and Robert sends them to Queensland to be reared by leading dog man Tony Apap.

“We will keep the Bernardo litter,” Robert said.

Of Curator he said his lack of experience has meant he was not confident of success at Sandown on Sunday.

“He had trialled very well at The Meadows and his win at Shepparton in his maiden was very good,” he said.

“He has a terrific temperament which is something he gets from his mum. She was like that and all her pups are the same.

“We couldn’t back him at Sandown because the Brittons had the one and the four and I did not expect this bloke to lead them. But he jumped straight to the front. Yes, his time was a surprise.

“His box to box trials had been improving though.”