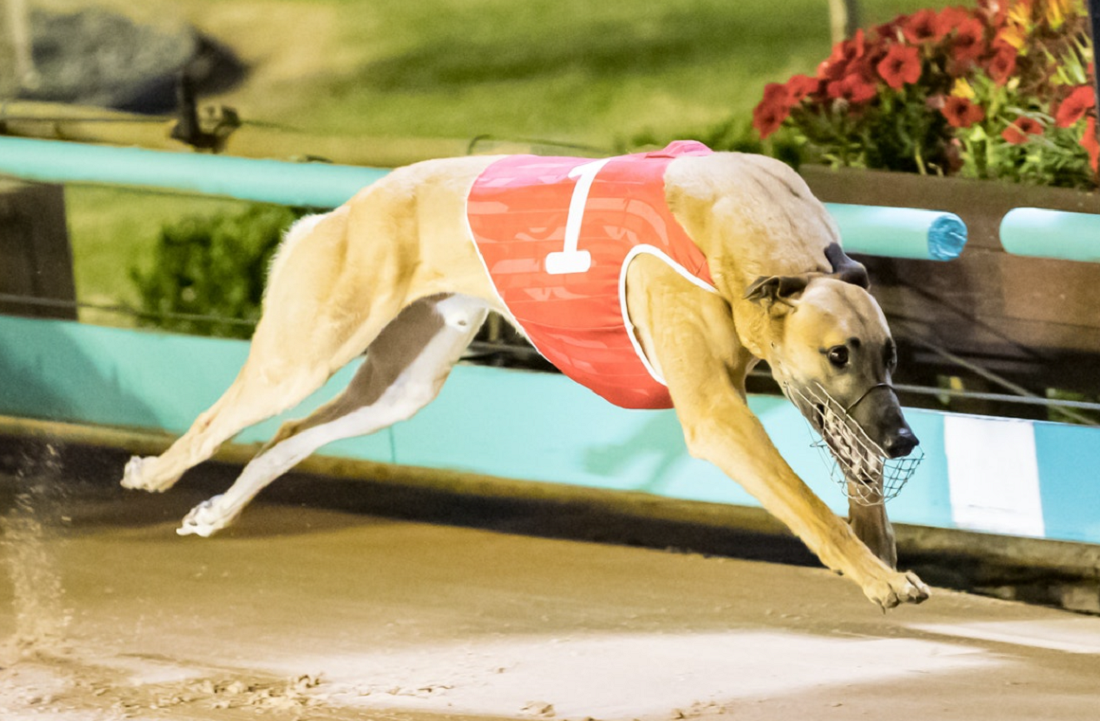 Despite drawing box three for the final after leading all the way in a best of night 29.77 in his heat – a week after clocking 29.60 over the same track and distance – Dailly believes favourable draws have been key to those successes.

“He was always having to come from behind – he hasn’t got much early pace – but he’s been on the lure his last two starts and led into the back straight which he had never done in his life. But he’s only been stepping because he had the red.

ZIPPY TESLA (1) produced another terrific display to claim the third heat of the Group 1 TAB #SilverChief at @TheMeadowsDogs in 29.773 seconds for trainer Andrea Dailly.

“I’m not getting carried away – to be honest the way he’s coming home he’s destined to step up to 600m, but while he’s going this well you can’t complain.”

While Zippy Tesla surprised Dailly with his early speed in his last two starts, his strength to the line has not. His run home time of 17.88 was clearly the fastest of the heat winners that also led to the second split.

That strength has been on show from the start of Zippy Tesla’s career.

He finished strongly to be placed in seven of his first 10 starts – including the heat, semi and final of the rich VicBred Maiden series at The Meadows in August – before finally breaking his maiden status at start number 11 in September.

After an eye-catching run at The Meadows soon after, Zippy Tesla was sidelined for six weeks with a split webbing. Saturday night’s group 1 final will be his third start back from the spell, however despite that fitness edge, Dailly believes his charge will need luck to claim the $100,000 first prize.

“He stepped straight up to 500m without too many trials because I knew he was strong,” Dailly added.

“But his only chance is that he comes out half ordinary and lobs on the rail and has a bit of luck at the first turn because I can’t see him leading and he’ll need a ‘helluva’ lot of luck to get through a good field. I know he’s run time a couple of times, but that was from the red so $2.80 is far too short.

“Drawn anything further out he’d be in a lot of trouble but from box three he’s a chance to lob behind them. You never know.”

A victory to Zippy Tesla would not only be Dailly’s second Silver Chief following Ollie Bale’s victory in 2014, but further enhance the Dailly Greyhound Farms’ status as one of the country’s premier breeding operations.

“George (Dailly) does all of the breeding and he’s doing a really good job,” brother Tom added.