Dapto Locals Vote With Their Feet As Battle Rages

A big crowd packed into last night's drama-charged Dapto program, with the warring parties due to return to Supreme Court on Monday. 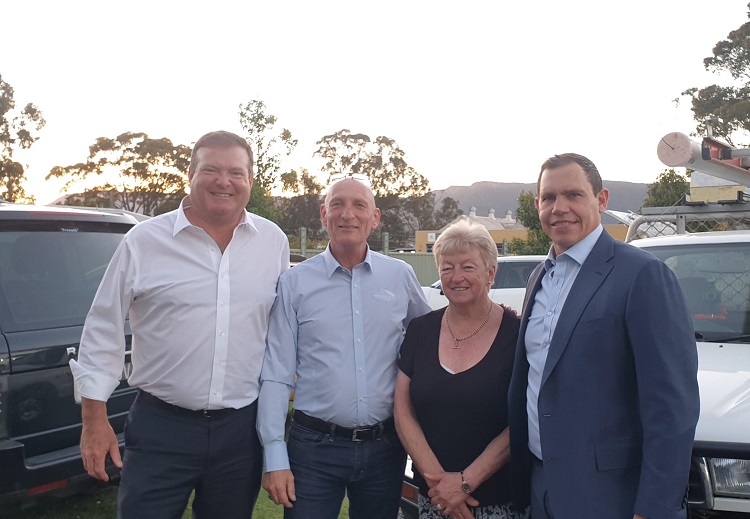 NO doubt Public Relations 1.01 is “know your audience”.

Less than 48 hours after the Dapto Greyhound Racing Club’s stark announcement to immediately cease greyhound racing, one can safely assert basic audience engagement has been hopelessly and ineptly misread.

Make no mistake, the industry and local community backlash to Dapto’s shock decision has been profound.

Dapto lost the public relations battle before it even started.

In boxing terminology, it was a first round knockout – a lopsided contest which had one pugilist barely capable of pushing out a short jab and bereft of defence.

Success was significant for the peak commercial body, the broader industry and the local community.

GRNSW Chief Executive Tony Mestrov represented the industry with aplomb – powerful and dignified, embodying what participants needed from a leader.

Yet it’s been the complete opposite with Dapto. Their decision makers bunkered down. Radio silence.

Dapto have yet to mount a credible explanation for their actions.

Yes, we can avail press releases referring to “non negotiable terms that would have put our community development plan at risk, as well as our current tenancy commitments” and “obligations to act in the best interests of the society and the community.”

But what we haven’t seen is any context and substance to the broad comments.

How are they affected? When? Why? What options were canvassed?

You get the gist?

This has been a slow burn … a matter of when and not if.

Regulars at Dapto have seen the iconic venue resile from a powerhouse – when Bill Dwyer, Wayne Billett, Monique Field and Paul Mack each spent time as Secretary Manager – to a shadow of its former self.

Many have suggested the downturn in greyhound racing’s scope has been driven by a cabal which dominates decision making at the famous venue.

All efforts on Thursday to speak with office bearers or management of the Dapto A & H society were batted back.

So much proud history was treated with disdain and callously jettisoned.

On Thursday night, a hardy crowd rolled into Dapto to watch the 10-race card play out. Emotions were high as you would expect.

The greyhound ‘family’ and the local community voted with their feet.

If, privately, Dapto power-brokers are acknowledging a misread local public sentiment and seek to remedy what’s been a sorry 48 hours, they should hasten quickly.

Even after Thursday’s court order, it was clear the club made it as difficult as possible for the meeting to proceed.

The very fibre of the people who supported racing at the venue for the past 86 years, in essence, had it thrown back in their face.

The adversaries head back in court on Monday for future direction on how this situation unfolds.

If this was a political stoush, the vanquished be sent packing.

The last communication from Dapto on Thursday saw them play a misplaced welfare card following the Supreme Court ruling.

That followed an earlier press release calling for Tony Mestrov’s sacking. His crime? Doing everything humanly possible to ensure last night’s meeting went on as planned for the benefit of the industry and participants.

From there, any remaining footing Dapto had was lost.

For the record, the conduct of the meeting (and the safety of the track) fell to the stewards of the Greyhound Welfare and Integrity Commission (GWIC).

If there was one iota of concern, the meeting would not have proceeded.

GWIC’s number 1 priority is animal welfare and for the club to advance/promote concern was out of line.

There was just one soft tissue injury of note on the 10-race card and even the lateness of the final race was considered by GWIC in lieu of trainers travelling time. There was nothing left to chance.

GRNSW dealt with this with a steely resolve. GWIC’s staff presided over a successful meeting and greyhound racing was the winner.

The big loser will be decided on Monday.

Unless, common sense prevails in the meantime.

One can only hope.