DAPTO will retain their traditional Thursday timeslot for the 2019/20 racing season with GRNSW electing to dump their draft proposal tabled last month. 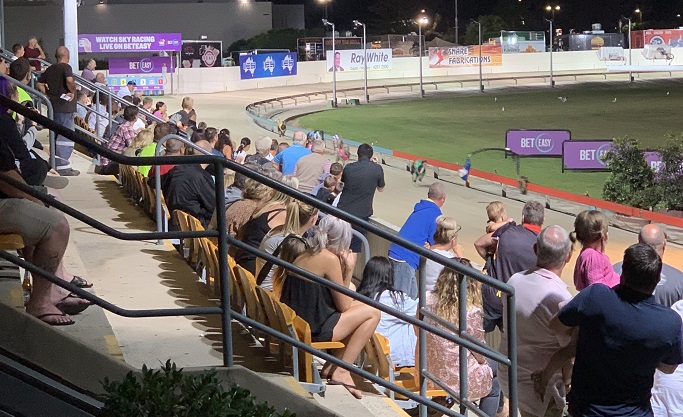 DAPTO will retain their traditional Thursday night timeslot for the 2019/20 racing season with Greyhound Racing NSW (GRNSW) electing to dump their draft proposal that was tabled for discussion early last month.

In early May, GRNSW released a draft Tab calendar for the upcoming financial year, with the most significant change the mooted transfer of Dapto from Thursday to Saturday nights, with Wentworth Park moving into the Thursday night slot, aligning itself with the other metropolitan meetings around the country.

Those changes would have seen Bulli move to the Monday timeslot, while Nowra was to pick up the Wednesday night slot vacated by Wentworth Park.

At the time, Dapto Chief Executive Officer Katrina Novak told the Recorder that her club was committed to doing everything necessary to retain their traditional Thursday night slot, citing a number of logistical issues if moved to Saturday.

“Dapto Dogs has historically maintained the Thursday night time slot and the Club has made it clear that we’d like to race more, not less, therefore the draft race calendar is disappointing,” said Novak at the time.

“As well as greyhound racing the showground is also home to the Dapto Rugby League Football Club and hosts many other events and private functions on the weekends, therefore the Saturday night time slot is not reasonable, operationally, and the Club is not able to accept the time slot change.”

On Wednesday, GRNSW released the final racing calendar for the 19/20 racing season, declaring that the status quo would remain for the upcoming year, with Dapto maintaining their Thursday night standing.

“In the ‘draft’ proposal there were recommended changes to racing at Wentworth Park, Dapto, Bulli and Nowra in particular,” said a GRNSW spokesperson.

“GRNSW received submissions from a number of race clubs and participants and has decided for the 19/20 racing calendar that the status quo remain.

“One of the factors in leaving the Wentworth Park/Dapto as is, is the current commitments that the Dapto club have committed to on weekends at their venue and this would have a detrimental impact on their external revenue streams.

“It is noted that the Dapto GRC have committed to working with GRNSW for future racing outcomes at the venue.

“Also as part of the calendar there has been an increase at TAB meetings at Wagga, Dubbo, Goulburn and Gunnedah. These increases will see greater opportunities and access for TAB racing for regional participants.

“Another factor in the calendar is the opportunity for TAB Clubs Wagga, Goulburn, Dubbo, Grafton and Bathurst to conduct a Group 3 prizemoney series at their venue, along with Gunnedah having a listed event.

“These series will be supported with a ‘prime’ timeslot to ensure that greater coverage and opportunity for clubs and industry.

“Finally as part of the calendar racing, Wentworth Park on Saturday Nights from July 1 will have an approximate start time of 6:00pm.

“GRNSW sees this as an added opportunity to showcase our premium race meeting in a more vibrant timeslot which will enhance oncourse patronage and wagering outcomes.”